An economic consultant behind the Shs1.3 trillion cash bailout blueprint has spoken out for the first time, warning that the entire Ugandan economy is distressed and requires urgent government intervention.

“Anybody who is simplifying it and tagging it to tycoons has totally lost it. This is about companies. It is already a risk to the borrower because the government is going to lose taxes, jobs, and foreign exchange. These companies are producers, employers, and the exporters. As we speak now, those three are at risk,” Mr Ashie Mukungu, a former chief economist at the African Development Bank, said yesterday.

The failure by the distressed companies to pay back, Mr Mukungu said, could plunge banks into liquidity shortfalls, shrink money available for borrowing and affect both investments and jobs.

“The interest rates are not the problem of an individual, but rather an economic problem. So it [is justifiable] for the government to come in [and] whether it chooses to help individuals is another issue,” said Mr. Mukungu

His warning comes at a time when the combined non-performing loans held by commercial banks has within the first three months of 2016 jumped to about 7 per cent, up from 5.3 per cent at the end of 2015, mainly due to high default rates by the big players.

Whereas Prime Minister Ruhakana Ruganda said the government would not bail out any company that has failed to pay its loans, highly-placed sources familiar with the arrangements say President Museveni favours compensation for businesses lost during South Sudan’s 2013 war.

A source that declined to be named due to sensitivity of the matter said ongoing talks, including a weekend meeting between some bailout seekers and President Museveni, put a strong case for rescue of the 66 companies and individuals named in a leaked list.

Dr Sikander Lalani, the chairman of Roofings Group, one of those listed as seeking bailout, yesterday denied soliciting the financial rescue, saying that the company has confidence in the government of Uganda lowering the cost of financing as it was clearly stated by His Excellency, the President, in the State of the Nation Address in the first half of 2016. We believe that this initiative, alongside reduction of other costs of doing business, which will ultimately result in better standards of living.

Investigations, however, show that the distressed firms, in high-level meetings, demanded that the government clears all its domestic arrears, totaling about Shs1.3 trillion; re-capitalise Uganda Development Bank (UDB) to a minimum of the Shs1 trillion; establish a professionally-run asset recovery and reconstruction company to salvage distressed borrowers; compensation for property lost in South Sudan; and, address high power tariffs choking businesses.

Mr Ramathan Ggoobi, an Economics lecturer at Makerere University Business School, said demand was subdued and the economy slackened once the Bank of Uganda raised interest rates to tame inflation.

“Ours is a unique situation where you have some inflation controlled at lower level, which completely crowds out businesses,” he said.

The central bank has lowered its lending rate, called the central bank rate, by a percentage-point, but commercial banks have largely not correspondingly lowered interest rates.

The bailout proposal has generated an animated, yet divisive discourse among Ugandans with some economic analysts arguing that a selective rescue will not solve the country’s punishing economy.

“The answer for these [distressed] companies lies in restructuring these loans, rebuilding their internal management process to efficient levels and then tapping into equity for alternative sources of financing,” Enock Twinoburyo, a doctoral fellow at the University of South Africa, said last week. 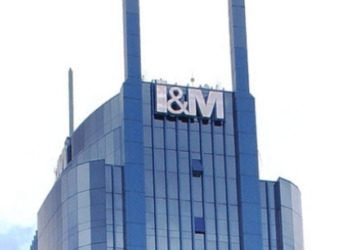