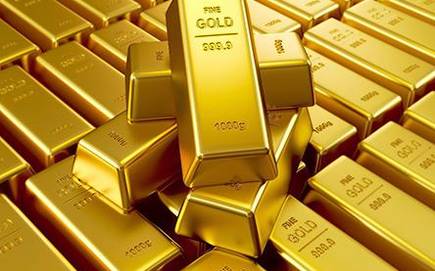 Since May, Uganda’s earnings from gold exports have been increasing from $78.7 million to $97.3 in July.

The Uganda Bureau of Statistics reported that the annual headline inflation had slowed to 1.9 per cent in the month of September compared to 2.1 per cent registered in August, which is largely attributable to a stronger shilling.

Data from the Bank of Uganda shows that the shilling which was trading at 3,765.6 against the dollar in May, has remained stable at just over the 3,600 units for the months of August and September.

Since May, Uganda’s earnings from gold exports have been increasing from $78.7 million to $97.3 in July.

Dr Fred Muhumuza, a development economist, says the shilling which had been destined to reach the 4,000 units to the dollar mark, is now gaining strength thanks to Uganda’s gold exports.

Uganda’s source of gold has previously been questioned with some reports suggesting that the country was used as a conduit for smuggled Venezuelan gold.

In March, African Gold Refinery faced accusations of questionable importations of 7.4 tons of gold, some of which was suspected to have originated from Venezuela.

The gold mining and export industry has not been recorded as a major source of employment, giving doubts about the origin of the precious metal.

The increased gold exports are having a far-reaching effect on the country’s economy. A stronger shilling has led to a reduction in the price of imports, especially oil products, which is one of Uganda’s main imports, helping to ease inflation. Which comes at a time when attacks on oil fields in Saudi Arabia should have led to a different outcome.

Due to a stronger shilling, the merchandise trade deficit has narrowed by 17 per cent. In June, the product trade deficit reduced from $ 278.91 million to $ 231.42 million in July. while export earnings grew by 5.9 per cent, even as the receipts from major commodities like maize and tea shrank.