Uganda is describing the milk levy as prohibitive

by Giza Mdoe
in Agribusiness, Uganda
0 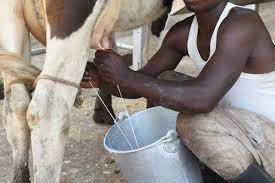 EAC milk levies threatens trade in the bloc - The Exchange 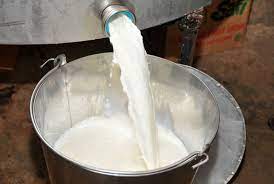 The East African Community (EAC) is one of Africa’s oldest regional trade bloc’s on the continent and until now, it has been fairly  successful.

However Uganda, the Pearl of Africa is now crying foul play after its neighbours Kenya and Tanzania instituted a rather hefty levy on Uganda Milk and milk products.

Uganda is describing the milk levy as prohibitive and decries the fact that it is limiting its traders from export milk and milk products to these two large economies. Notably, the EAC, a regional intergovernmental organisation of 6 Partner States commands a market of well over 177 million people.

Now Uganda is extending an olive branch asking Kenya and Tanzania to honour the regional trade pact and to ‘remove prohibitive levies placed on its dairy products.’ According to Uganda, the levies on its milk and milk products undermines the EAC all together and warns that if not redressed ‘….it could jeopardise trade relations and the East African Community spirit.’

In a letter to Tanzania’s  Minister of Agriculture, Livestock and Fisheries of Tanzania, Mr Adolf Mkenda the Ugandan diplomat is emphatic, “…ongoing taxes and levies charged on Ugandan dairy products…the TShs2,000 levy charged by Tanzania is prohibitive and has hampered Ugandan milk exports to Tanzania.”

That’s not it, other than the levy, there is also the matter of the 1.75 per cent of FOB (Free on Board), for every diary product that is been ferried from Uganda to Tanzania. Then there is the about USD 13 application fees owed to the Tanzania Dairy Board and the 18 per cent Value Added Tax owed to the Tanzania Revenue Authority (TRA) and this applies for all dairy products.

Uganda is also lamenting alleged failed talks with its neighbours over the taxes and levies charged for its milk and milk products. Uganda claims that, they have had bilateral talks, promises were made but, apparently, no action has been taken.

“…many discussions were held between our countries on the subject and the promised actions of removal of the same were not implemented,” the diplomat claims in his letter to his counterpart in Tanzania.

Looking at the bigger picture, speculations are that the milk and milk product levies and taxes are designed to lure Uganda to choose favourably towards other trade issues that are pending.

As local Ugandan media puts it; “Uganda maintains that if there are issues that need to be addressed, they can be handled through bilateral arrangements or the regional trade agreements within the East African Community instead of using arbitrary means such as high taxes.”

Squeezing Uganda to act in its favour, Kenya has also imposed what Uganda is terming ‘a restriction to Ugandan diary products since January 2020.’ Notably, Kenya is Uganda’s largest milk trading partner in the region, yet for over an year now, Kenya has maintained restrictions on Ugandan milk products despite the East African Community (EAC) common market protocol.

The protocol holds that, so long as Ugandan products are produced in the country, they are permitted to enter the Kenyan market without any hindrance but Kenya is no longer observing this clause.

Just to get a picture of how much these barriers are hurting Uganda, as of 2018, Ugandan milk exports totaled $131 million and 74% of that, representing a whopping $96 million was exported to Kenya.

The following year, in 2019, Uganda’s dairy exports clocked $135.9 million and generally, milk production in the country has increased to 2.7 billion litres as of 2019 up from 2.08 billion litres in 2015, the diary products industry is clearly a major revenue earner for the Pearl of Africa.

Ugandan traders say the Kenya Dairy Board (KDB) is only allowing them to export into the country just about 30 percent of what they used to in 2019.

Yet Attempts to redress the issue, including the set up of a joint committee between Kenya and Uganda charged with reviewing a favourable win-win situation between the two countries, have all failed.  To date, the Kenyan and Tanzanian levies on Uganda milk and milk products still remains in place effectively stopping landlocked Uganda from reaching the much needed markets within the two countries and beyond.

So what about other EAC countries? Cant Uganda turn to new markets? Well the situation is none the better when you look at say, Rwanda which closed its main border with Uganda in 2019.

However, venturing further out is still an option, an expensive option but a viable one given the situation. Ugandan can take advantage of the Africa Free Continental Trade Area (AfCFTA), and extend trade to South Sudan, Ethiopia and Malawi markets.

However there is one catch here, the Ugandan products would still have to pass through Kenya or Tanzania to reach these markets, and that means they will still be slapped with some transit levy or tax.

So from the look of things, the best option is for Uganda to find some diplomatic strings to pull, maybe the much coveted oil pipeline deal could be an option after all, both Kenya and Tanzania are vying to get the tender. Can Uganda use those negotiations for the oil deal to ease the impasse on the milk deal?

Well if that is the case, then what is Tanzania’s reason on barring Ugandan milk and milk products from entering its market, Uganda did after all give it the lucrative oil deal? The detailed facts remain known only to a tight circle for government executives.

What is clear is the fact that Uganda’s milk is not getting access to the EAC market like it used to and discussions seem fruitless. The fact is clear as officials from either sides have taken to twitter to lament the ‘sour milk deal.’  A former senior customs commissioner at the Uganda Revenue Authority tweeted:

“Those calling for retaliation are theorists who don’t understand the intricacies of negotiations. Do they want us to invade Kenya and force them to buy our milk? Certainly, no.” Top investment opportunities in Rwanda in 2021

The future of insurance in South Africa's agricultural industry