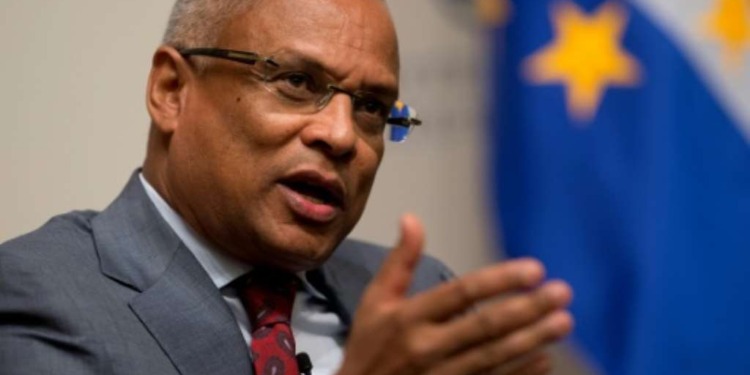 As of 2019, a mere 1 per cent of Cape Verde’s exports and dismal 2 per cent of its imports were to and from other African countries.

by Giza Mdoe
in Industry and Trade, West Africa
0
Share on FacebookShare on LinkedIn 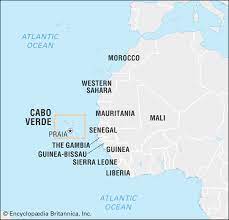 Kenya beat Cape Verde in their final Group “A” match at the Fiba AfroBasket Championships in Cameroon last week.

While the crowd cheered, both countries were looking at other areas to play in, outside sports.

A key area of consideration is trade relations, and with a new administration in power in Cape Verde, Kenya is not the only country that is coveting increased trade relations with the rich islands of the Atlantic.

Cape Verde, one of the World’s Small Island Developing State (SIDS) just off the coast of West Africa in the Central Atlantic Ocean got its new president mid this month as former prime minister José Maria Neves won the presidential election with a landslide win of 52 per cent.

Neves (61), was prime minister from 2001 to 2016 and comes into office from the opposition party. For many, Neves, a supporter of Cape Verde joining the European Union, represents progress.

Author of A Transformation Agenda for Cape Verde, the incumbent president will have to cut short celebrations for the presidency win. The island’s dire economic status don’t leave much room for merry making. Reeling from the blow that the Covid-19 has dealt to its economy, the new president has his job cut out.

As the island works on its economic recovery, the question on everyone’s mind is whether Cape Verde will this time around turn its trade focus back to Africa or whether its ambitions to join the EU will keep the island focused on Europe for trade.

Will the new regime increase trade with Africa?

Consider this, as of 2019, a mere 1 per cent of Cape Verde’s exports and a dismal 2 per cent of its imports were to and from other African countries. With such a low percentage of trade with Africa, there is lots of room for the island to make the best of Africa trade opportunities.

Cape Verde may also need to look at trade further inland rather than only tiptoeing on the West coast of the continent. At the moment, almost half (46 per cent) of its Africa trade is with Guinea-Bissau alone where Cape Verde exports mainly eggs and preserved fish.

Similarly, Cape Verde imports its oil needs from the oil-rich West Africa coast. In fact,  70 per cent of Cape Verde’s intra-Africa exports are to other ECOWAS countries but impressively, 55 per cent of intra-Africa imports are sourced from non ECOWAS African states.

However, this trade still remains only along the West African coast with 53 per cent of imports coming from Morocco. Other import products include liquefied butanes from Equatorial Guinea and wood from Cameroon.

When Cape Verde does venture beyond the West African coast it is to the far North or South with imports of mobile telephones from Egypt, and vehicles or vehicle parts from South Africa. It is hoped that President Neves will cast a wider trade net and venture into Central and even East Africa for trade.

Like all world economies, Cape Verde’s economy has suffered a great deal owing to the global pandemic. Being a country that is almost solely dependent on tourism, travel restrictions and border closure of the last year has greatly hurt the island.

“The estimated 69 per cent drop in tourism revenues caused the current account to be in a deficit of 15.6 per cent of GDP in 2020, reversing a surplus of 0.3 per cent the previous year,” it details.

The Covid–19 pandemic and the related downfalls saw Cabo Verde’s economy fall by 8.9 per cent last year alone. In comparison, the island enjoyed a 5.7 per cent growth in 2019.

The country is nonetheless instituting economic reforms aimed at empowering the private sector and attracting foreign investment in abid to diversify the economy. Hopefully, this will create new jobs especially for the youth who are currently facing enormous unemployment in the wake of the pandemic due to the country’s reliance on tourism.

Notably, other than tourism, Cape Verde’s economy is very much service-oriented with commerce, transport, and public services accounting for three-fourths of the country’s GDP.

Since the country’s economy is heavily dependent on conditions in the euro zone countries, Cape Verde’s economic recovery is hinged on foreign aid as well as remittances. Currently, One UN is assisting Cape Verde to develop a national trade strategy designed to enhance its productive capacities.

The strategy is focused on sector-specific plans of action and priority areas have been placed on agriculture, forestry, fishing, industry, mining, tourism, and services.

Meanwhile, the government is doing its best to avert and recover from the pandemic economic shortfalls. So far Cape Verde has introduced several fiscal and monetary measures designed to stimulate and cushion the economy.

It is no easy task, as it is, revenue shortfalls caused the fiscal deficit to widen to 10.4 per cent of GDP in 2020 from a 1.8 per cent deficit in 2019.  The country is also facing a high ratio of non-performing loans to gross loans, which at 12 per cent, gravely affects the quality of banking sector assets not to mention the fact that it drastically increases risks all of which add up to an immensely unstable financial sector.

Hopefully, with the world economy stabilizing, there will be fewer global supply chain disruptions that will, in turn, boost demand and attract investment across all key sectors including transport, tourism, energy and information and communications technology.

Should that happen, then  Cape Verde’s growth is projected to average 4.6 per cent during 2021 and 2022 as economic conditions improve around the world.

Cape Verde has been increasing its public investment spending as well as the amount of money it issues to State-Owned Enterprises (SOEs) and as a result, its public debt has greatly increased as well.

Only last year, Cape Verde’s public debt was estimated at 152.4 per cent of its GDP compared with 124.2 per cent in 2019. External debt accounts for 72 per cent, and domestic debt 28 per cent, of the total. The AFDB report points out that the island’s public external debt is highly concessional, with an average maturity of 22 years and an average interest rate below 1 per cent.

“Although public debt is assessed as sustainable, both external and total debt are at high risk of distress,” the report warns.

As such the AFDB suggests that Cape Verde should prioritize obtaining new loans on concessional terms and seek other financing options such as exchanging debt for development, multi-creditor debt swaps and exploring options for debt renegotiation while the authorities seek debt relief under the G20 Debt Service Suspension Initiative to ensure the sustainability of public debt.

Read: Senegal gears up to become a major gas-producing country