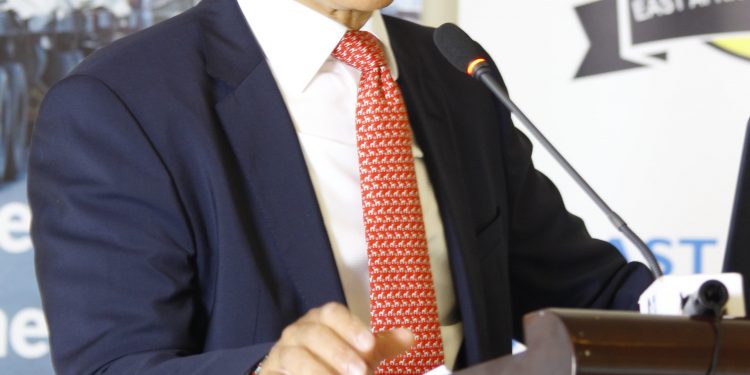 by Kawira Mutisya
in Countries, East Africa, Industry and Trade, Kenya
0
Share on FacebookShare on LinkedIn

The African Continental Free Trade Area isn’t simply a ‘Free Trade Agreement’ it’s about establishing a unified continental market with 1.2 billion potential customers and where the private sector is a major engine to make it happen.

This, according to the East African Business Council (EABC) was the tone from the discussions of the meeting held on Thursday in Arusha about how the East African Private sector including Small and Medium Enterprises (SMEs) could benefit from the AfCFTA.

The one-day meeting, organized jointly between the EABC and the UN Economic Commission for Africa (ECA), convened close to 40 key players from the region’s private sector.

The office for Eastern Africa of ECA estimates large potential gains from the AfCFTA, including an increase in intra-African exports of Eastern Africa by nearly US$ 1 billion and job creation of 0.5 to 1.9 million.

“Together African economies have a collective GDP of 2.5 trillion USD, making it the 8th largest economy in the world. That makes the continent much more attractive to investment, both from within and from outside the continent”, said Andrew Mold, Acting Director of ECA in Eastern Africa. “This should encourage business people to take advantage of AfCFTA and make the investments necessary to sustain economic growth and create employment”.

According to data from the African Union, the objectives of the CFTA is to create a single continental market for goods and services, with free movement of business persons and investments, and thus pave the way for accelerating the establishment of the Continental Customs Union and the African customs union.

The agreement is also expected to expand intra African trade through better harmonization and coordination of trade liberalization and facilitation regimes and instruments across RECs and across Africa in general as well as resolve the challenges of multiple and overlapping memberships and expedite the regional and continental integration processes.

It is also expected to enhance competitiveness at the industry and enterprise level through exploiting opportunities for scale production, continental market access and better reallocation of resources.

The 18th Ordinary Session of the Assembly of Heads of State and Government of the African Union, held in Addis Ababa, Ethiopia in January 2012, adopted a decision to establish a Continental Free Trade Area (CFTA) by an indicative date of 2017.

The CFTA will bring together fifty-four African countries with a combined population of more than one billion people and a combined gross domestic product of more than US $3.4 trillion.

According to Nick Nesbitt, EABC’s Chairman it is important that the continent having a clear vision to put an end to the fragmentation of the internal market.

“I really applaud everybody who has involved in creating the AfCFTA because their vision is the one of pan-Africanism. It is something our founding founders aspired to. Our thanks to ECA for being at forefront of this conversation and pushing the agenda forward so that the continent becomes a single economic trading bloc”, he said.

Kenneth Bagamuhunda, Director General of Customs and Trade at the East African Community Secretariat, cited the experience of Regional Economic Communities as the building blocks for the AfCFTA. “The AfCFTA should build on what has already been achieved in regional negotiations like the Tripartite Free Trade Area, as well as within our respective regional blocks” he said.

Bagamuhunda highlighted governments need to set a conducive environment for the successful implementation of AfCFTA.

The AfCFTA was signed in March 2018, at a historic meeting of the African Union in Kigali. 52 of 55 African Union member states have so far signed the AfCFTA, 22 countries that have ratified the agreement, which was the minimum number required for it to enter into force.

According to a study by united nations conference on trade and development (UNCTAD), the CFTA must be ambitious in dismantling barriers and reducing costs to intra-African trade and in improving productivity and competitiveness.  Intraregional trade liberalization needs to be contextualized in a broader developmental framework that will provide benefits in terms of realizing Agenda 2063 of the African Union and the 2030 Agenda for Sustainable Development of the United Nations.

“Development-oriented regionalism can contribute to spearheading Africa’s achievement of development goals, the building of resilience to external financial and economic crises and the fostering of inclusive growth. It can have spillover benefits in terms of helping foster peace, security and political stability on the continent. UNCTAD, working in partnership with the African Union Commission, African States and other development partners, is committed to supporting the attainment of these objectives, embodied under the CFTA.” The study reads in part.

UNCTAD also notes that the CFTA may also mitigate costs associated with inaction in building an integrated market. The international trading environment within which Africa participates is changing rapidly with the proliferation of regional trade agreements and, in particular, mega-regional trade agreements, such as the recently concluded Trans-Pacific Partnership, the Transatlantic Trade and Investment Partnership and the Regional Comprehensive Economic Partnership. These arrangements may create spheres of trade centred on partner economies, and African countries face the risk that preferences and trade shares in these markets may erode.

According to an EABC brief on AfCFTA, one of the key steps beyond the ratification of the AfCFTA is to prepare and submit tariff offers, under modalities on goods that will determine tariff liberalization on goods to be undertaken between the AU Member States. Under AfCFTA, African Union Member States have agreed to remove at least 90 percent of tariff on goods imported from other State parties. This implies that under AfCFTA the coverage of products with zero-rated is not intended to be 100 per cent but rather 90 per cent with the remaining 10 per cent tariff classified as sensitive and exemption goods.

In addition, there are uncertainties over the remaining 10 percent tariffs and how these are to be approached in relation to exempted and sensitive products, and how those tariffs are to be liberalized, whether partially or in full, and over what timeframes. Some quarters are proposing that of the remaining 10 percent: 7 percent are classified as sensitive goods with a lengthy phasing-in period, and 3 percent of goods to be exempted altogether. However, it is not known which products will be classified as sensitive and exempt. The most negotiating challenge is to determine which tariff lines will be classified as exempt and sensitive

Report: IT Skills gap between Kenya and Uganda to widen