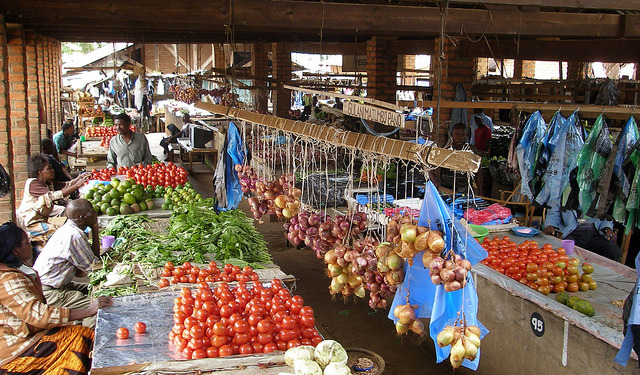 Poor food safety has a great cost to society. The World Health Organisation (WHO) estimates that each year there are at least 600 million episodes of foodborne illness and 420,000 people die.

Around the world, food systems and supply chains come in different shapes and sizes. And so too do food safety problems and their solutions.

In high-income countries, food supply chains are long and complex but also highly regulated and closely monitored. In low- and middle-income countries, major cities host similarly modern and regulated supply chains serving the growing middle and upper classes. But they also host traditional markets, often open-air, made up of unregulated small businesses with basic infrastructure. These markets provide many people with an income and are also where most people, especially the poor, buy their food.

These informal businesses face food safety challenges because they lack refrigeration units, have food that is exposed to the elements and stalls are, in general, rudimentary structures. This doesn’t necessarily mean that they’re always unsafe, and formal markets with modern infrastructure are safer.

However, informal businesses do lack regulation and their setup does mean that they face obvious food safety challenges that need to be attended to.

Poor food safety has a great cost to society. The World Health Organization (WHO) estimates that each year there are at least 600 million episodes of foodborne illness and 420,000 people die.

Most of this burden falls in regions such as Sub-Saharan Africa and parts of Asia. Foodborne illnesses also impact economies through expensive food recalls, medical costs, and people unable to work because they are sick.

Solutions to the challenges that informal food markets face are have never been straightforward. Models which enforce bans and increased regulation often don’t fit. They marginalize a large sector of society, and push informality to its extremes, potentially amplifying the food safety problem.

The training of food operators has been the first, and often only, focus of food safety efforts in low and middle-income countries. Training usually increases knowledge among trainees. At times, when done well, it can lead to the adoption of better practices such as improved personal and environmental hygiene, use of tools to monitor the safety of foods, or use of the cold chain.

Unfortunately, by and large, these effects do not sustain themselves over the long term.

One-off training, without reinforcement, generally fails to improve food safety. Unless there’s a clear return from using these practices, they’ll be dropped or forgotten.

ALSO READ: Facebook keen on a safer internet in Africa

Capacity building initiatives need to be designed better. Training has to follow the principles of adult learning theory and social behavior change communication.

The use of nudges, a well-studied element of behavioral economics, is showing promise in food safety programs.  For instance, positioning hand washing basins and soap in more convenient locations for butchers or food operators to use, or even using television celebrities to disseminate good hygiene messages among consumers.

While the know-how and the nudges are important to promote change, food business operators must be enabled to act on this knowledge. Limited access to equipment, both in terms of availability and affordability, is a key constraint. Low-interest micro-credits or other facilitated forms of access to finance should be promoted especially for women who are the majority of operators in retailing and often face gender-based barriers to credit.

Regulation and enforcement, with its related fines and harassment of food businesses, has often been the sole “incentive for change” used by governments in low-income countries. This approach has proven largely unsuccessful when not counterproductive.

A far better incentive is the economic gain that comes from selling safer food. However, while food safety features highly in the interests of consumers across the globe, among budget-constrained consumers, food safety doesn’t “sell” – it’s simply not enough of a priority to them compared to affordability.

To increase food safety, governments and private industry must raise consumer awareness about the issue and gradually create a demand for safe food that the market will respond to. Approaches should include strategies for self-regulation and peer pressure that have been explored in various countries.

Informal markets are mostly unregulated. Governments in Africa and Asia often lack the capacity to inspect, test, and enforce food safety standards. And when they do, all too often, authorities take a punitive approach to food safety in their informal markets by ramping up inspection capacity and increasing the number of officers visiting premises, issuing fines, and confiscating goods.

But where businesses are not officially registered, where taxes are not paid, where corruption is widespread and where people have few other options to get an income, this punitive approach will be neither effective nor sustainable. In fact, it is likely to backfire, triggering price increases and reduced access to food, especially among the most vulnerable, as experienced in the dairy sector in Kenya.

The goal should be to gradually embed the markets within the country’s legal frameworks to produce gains on the food safety, food security, and economic security fronts.

Food safety is growing concern in national and international agendas, and investments in this area are expected to grow, as the health and economic impact of sub-optimal food safety can’t be neglected any longer.

Now is the time to rethink what food safety management should look like in low- and middle-income countries. Increasing regulation and inspection of informal markets won’t succeed. It is far better to protect food security and the livelihoods these markets offer, to legitimize and support these markets, improve their capacity through facilitated access to credit, and find ways to incentivize their investments on food safety.

These markets will then go from being an emblem of underdevelopment and poverty to being a symbol of an independent, thriving and healthy economy.