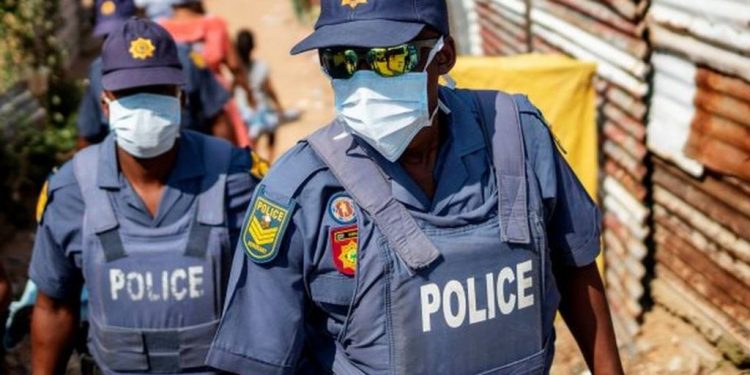 South African government used Police and the Military to oversee the most strictest lockdown in the region: BBC:Exchange

According to information from Bloomberg, South Africa’s government announced the plans for the reopening on Wednesday.

South Africa—which had the most strict lockdown perhaps in the entire region, has taken the imitative due to business leaders constant pressure on South African President Cyril Ramaphosa, to take back the economy to its normal life, arguing that the lockdown does more harm and could do more harm to the economy over time.

The South African government rolled in a 21-day lockdown on March 27 to fight the virus spread, but then added two more weeks.

The lockdown has been used as the preparing base to levitate the health system, as nearly 25,000 beds were added for quarantine, personal protective equipment and other supplies, according to information from Bloomberg.

Speaking to his countrymen via a televised address, Ramaphosa said that, consultations will begin in the coming days about moving most of the country to the disease alert level by the end of the month, from level 4, and allow some additional industries to resume operations.

Ramaphosa who has also been cited commenting on why the virus could last longer in his country said that “We’re now preparing for a further easing of the lockdown and a gradual opening of our economy. If we lift the lockdown too abruptly and too quickly, we risk a rapid and unmanageable surge in infections. We will, therefore, continue to proceed cautiously, informed by the best available evidence.”

As South Africa records over 12,000 confirmed cases and 219 death, the most industrialized nation in the continent, is faced is a rather complex decision to make as various experts and bodies weigh in.

According to information from Bloomberg, Andrew Lapping—the Cape Town-based chief investment officer at Allan Gray Limited highlighted that, there are economic and human costs aligned to the pandemic.

“I am concerned that our government’s lockdown approach and the subsequent economic hardship inflicted on our people will cost more lives than it can save.  “Economic and human costs are two sides of the same coin. Studies indicate that mortality rates double with job losses.” He said.

On the other side, a group of business organizations in South Africa—Business for South Africa argued that—the economy ought to be reopened swiftly, as the stringent lockdown could produce fatal outcomes to the already-contracted economy as much as 16 per cent, dragging around 4 million people down to unemployment pool, as only 16.4 million people have jobs.

South Africa—which is also swimming in a second-recession in two years, has seen its lockdown being criticized as, the sales of tobacco, alcohol were banned, which experts find to be conflated with the real pandemic issues.

According to Bloomberg News, Stanlib Asset Management Chief Economist Kevin Lings, who expects the economy to shrink 6 per cent and shed 1.7 million jobs this year argued that “The lasting damage is when companies go out of business and they have no means to go back into business,”

Despite the Johannesburg Stock Exchange (JSE) marking that online services and entertainment during COVID-19 lockdowns assisted stocks to post their best months in nearly 17 years, gaining a benchmark of 13 per cent in April, Stanlib is still sceptical saying “ Even if you remove the lockdown fully now you will not go back to where you were.”

South Africa is one of the few countries in Africa that has furnished itself with pandemic fight plans, as Ramaphosa said last month of a $27 billion support package aimed at sparking growth and supporting pandemic-hurt-victims.