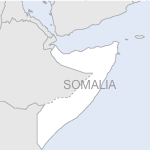 by Kawira Mutisya
in Countries
0
Share on FacebookShare on LinkedIn

The structured program was designed to ensure that the poorest countries in the world are not overwhelmed by unmanageable or unsustainable debt burdens. It reduces the debt of countries meeting strict criteria.

Two days ago, the Executive Boards of the International Monetary Fund (IMF) and World Bank met, on February 12 and 13, respectively, to consider Somalia’s eligibility for debt relief under the Enhanced Heavily Indebted Poor Countries (HIPC) Initiative.

The Executive Boards commended the authorities’ sustained commitment to economic and institutional reforms under challenging circumstances and agreed that Somalia is eligible for assistance under the Enhanced HIPC Initiative based on a preliminary assessment. This assessment is an important step towards forgiveness of most of Somalia’s debt, which measured US$5.3 billion at the end of 2018.

“Today’s agreement by the IMF Executive Board that Somalia can be eligible for debt relief under the Enhanced HIPC Initiative marks a historic moment. It provides a clear recognition of Somalia’s sustained commitment to key economic and financial reforms under consecutive staff-monitored programs with the IMF. Helping Somalia achieve debt relief and unlock access to the needed resources to increase growth and reduce poverty is a key priority for the IMF. I am very grateful to our members for all their support in this endeavor.”

According to the World Bank Executive Board discussion on February 13, 2020, David Malpass, World Bank Group President, that this was an important step towards Somalia resuming financing from international financial institutions, including IDA, our fund for the poorest countries.

“I congratulate Somalia for embracing important reforms that can do much to encourage sustainable poverty reduction, and I thank our international partners who have worked with us to bring Somalia to this important stage. We are glad to have worked closely with the Federal Government of Somalia in assisting their progress over the past few years and look forward to opportunities for greater World Bank Group support for the Somali people.” He said.

Somalia has an historic opportunity to turn the page on decades of conflict, fragility and state fragmentation, and embark on a trajectory towards poverty reduction and inclusive growth. For over two decades, Somalia has experienced protracted conflict and fragility, the collapse of rule of law, institutions, basic public services and the social contract, resulting in the impoverishment of millions. The 2012 Provisional Constitution established a federal political structure, including a parliament, the Federal Government of Somalia (FGS) and the Federal Member States (FMSs). The sustained political, economic and institutional reforms undertaken since 2016 have succeeded in rebuilding core state capabilities. Despite these improvements, poverty remains pervasive. Almost 70 percent of Somalis live on less than US$1.90 a day in purchasing power parity terms, and economic growth is barely keeping up with population growth, estimated at 2.8 percent per year.

To complete the journey to the HIPC Decision Point, Somalia’s performance under the current IMF Staff-Monitored Program (SMP) will need to be confirmed as satisfactory, and the authorities will need to either clear their arrears to multilateral creditors or agree a strategy to clear them.

World Bank staff expects to present the operation for clearing the arrears to the International Development Association (IDA) by the end of February 2020. In addition, the agreement on the reforms that Somalia will need to implement to reach the Completion Point—the floating Completion Point triggers—will need to be finalized taking account of the views expressed by the Executive Boards. Prompt action on these items could result in Somalia reaching the Decision Point by the end of March 2020.

Once Somalia has reached the Completion Point, it would qualify for unconditional debt relief under the HIPC Initiative, and for debt relief under the Multilateral Debt Relief Initiative (MDRI) from the World Bank’s IDA and the African Development Fund (AfDF), together with beyond-HIPC assistance from the IMF. Paris Club creditors are also expected to provide further beyond-HIPC assistance at the Completion Point.

A preliminary Debt Relief Analysis (DRA) shows that Somalia qualifies for debt relief under the HIPC Initiative’s “export window” based on end-2018 data. After full application of traditional debt relief mechanisms, the country’s NPV of debt is estimated at US$3.5 billion at end-2018, equivalent to 328.9 per cent of exports of goods and services. The amount of debt relief needed to bring Somalia’s NPV of debt-to-exports ratio down to the HIPC threshold of 150 per cent is estimated at US$1.9 billion in end-2018 NPV terms. This implies a common reduction factor of 54.4 per cent.

The HIPC Initiative is a framework, created by the IMF and World Bank, in which all creditors, including multilateral creditors, provide debt relief to the world’s poorest and most heavily indebted countries, thereby reducing the constraints on economic growth and poverty reduction imposed by the debt-service burden. To date, 36 countries have reached both their Decision Points and Completion Points under the Enhanced HIPC initiative.