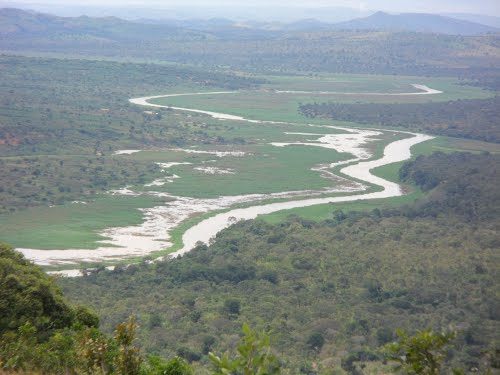 Meeting was aimed at solving problems between Tanzania and Uganda

by Salum Mohamed
in East Africa, Economic Growth
0
Share on FacebookShare on LinkedIn

Permanent Secretaries responsible for social, economic, environment, foreign affairs and international cooperation from Tanzania and Uganda have signed agreement to strengthen ties in the specific areas and for the protection of boundaries.

The agreement was signed in Dar es Salaam on 2nd May 2019 after a two days meeting attended. Tanzania was represented by the Permanent Secretary, Ministry of Foreign Affairs and East African Cooperation, Dr. Faraji Mnyepe while Alfred Ollot, His Ugandan counterpart, led the other delegation.

Officials who participated in the meeting included permanent secretaries for ministries of livestock and fisheries, housing and settlements development, energy and water.

Experts from the ministries met prior to the meeting whereas they discussed on collaboratively working on the challenges facing Uganda and Tanzania, especially people living near the border. Their suggestions were submitted to permanent secretaries.

Major issues discussed during the conference were safeguarding the Tanzania/Uganda border and protection of Kagera River by ensuring sustainable land management in practice in the Kagera basin. Tanzania and Uganda benefit from the river as residents from both sides engage in economic activities tied to the river.

Addressing delegates, the Permanent Secretary in the Livestock and Fisheries Ministry, Prof. Elisante Ole Gabriel said through such meetings, Tanzania and Uganda are likely to strengthen bilateral ties in social and economic sectors. Prof. Ole Gabriel noted that the government will ensure sustainable management of the Kagera basin as well as equitable use of resources for the benefit of citizens of both countries.

Alfred Ollot said such meetings are a clear indication of the strengthened bilateral relationships between the two countries. `What we have agreed will benefit citizens of both countries, ` he noted. Dr. Mnyepe said: `Our agreement is for mutual benefit. Residents from both countries will enjoy using the many resources available at Kagera River as well as ensure its sustainability.

The Kagera Basin straddles four countries namely Burundi, Rwanda, Uganda and Tanzania covering some 60,500 km² and is estimated in 2007 to have a population of nearly 15 million people. The basin covers 75% of the land area of Rwanda and 52% of Burundi lie within the basin. The most significant part of the basin is cultivated agricultural lands (48%), followed by natural vegetation (26%), of which 2% is covered by closed forest vegetation.

The natural resources in the basin face increasing pressure as a result of rapid population growth, intensification of agriculture and livestock activities and unsustainable land management practices. The mean annual demographic growth rate in Kagera catchment is 2.7% and the fertility rate per woman is 6.34. The rates are higher when compared with Sub-Saharan countries where the mean population growth rate is 2.5% and the mean fertility rate is 5.4.