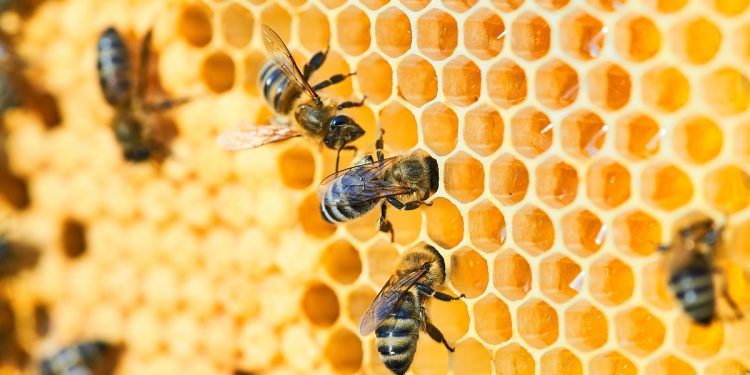 Honey producers in Angola are yet to tap the potential the sector has. The country still lags behind in honey production.

Angola’s honey and its untapped potential

When oil prices crashed in 2014, one of Africa’s fastest-growing economies suddenly ground almost to a halt risking messing up the economy.

The country has since then refocused to getting back on track in a more sustainable direction. Angola is concentrating on greener goods like coffee, honey and timber.

Angola’s breakneck economic growth followed decades of the civil conflict which ended in 2002 and the new direction after oil, the government believed, could make the country more competitive.

In addition, the country was also targeting fish, salt and bananas in a 4-year project financed by the EU to help Angola strengthen and diversify its economy.

As of 2018, Angola was producing 90 tonnes of honey each year with the potential to more than double the production to 200 tonnes with the adoption of new technologies.

Angola used to be a top coffee producer in the 1970s reaching almost 230,000 tonnes per year but which declined to around 8,000 tonnes in 2017. This could change seeing that the country’s exports are still dominated by oil.

Food industry waste and animal fodder earned the country US$16.1 million (0.05 per cent) and optical, technical, medical apparatus (US$13.8 million) representing 0.04 per cent of the total exports.

But honey seems to be the sweeter of many aspects of the economy that Angola is looking at.

The Angolan government and the United Nations Conference on Trade and Development (UNCTAD) have identified honey production as a sector that could help diversify the country’s economy.

Angola has an estimated 100,000 beekeepers who are mostly small entrepreneurs and the target is doubling production from the 90 tonnes of honey harvested each year.

Just like with coffee, Angola was one of the world’s largest honey producers in the 1950s.

With time, national honey production has remained traditional and artisanal leading to the decrease.

The reliance on traditional honey production techniques remains a hurdle since it limits producers from getting international certification necessary for those interested in exporting the product.

UNCTAD notes that to obtain market access and entry, honey producers must comply with public regulatory frameworks that ensure product safety and quality in target markets.

“They must also meet a range of private standards developed by retailers, industry groups, certifying entities and non-governmental organizations.”

There is a need to exploit Angola’s honey prospects since it has large export potential in Europe, North America and beyond thus the issues of informality and certification have to be addressed.

Good for the environment and food production

Angola and UNCTAD identified honey not only for its economic potential in the country but also for the benefits it offers to the environment and rural communities.

More trees mean more food for the bees and thus more honey, so there’s a financial incentive for beekeepers to protect the local ecosystem.

And because bees are pollinators, they help farmers produce more food. According to the UN Food and Agriculture Organization, about 75% of the world’s crops grown for human consumption rely partly on pollinators.