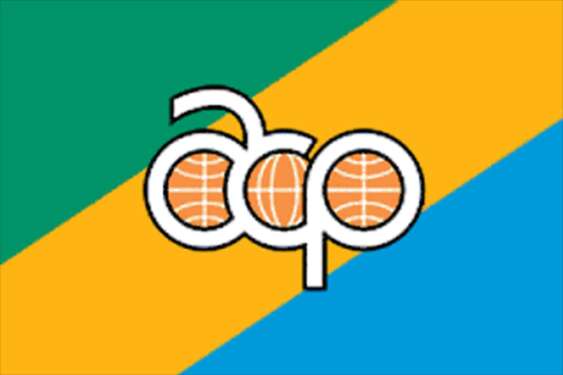 The AfCFTA’s coverage on the African continent has become attractive beyond the continent. ACP countries are exploring opportunities of a free trade agreement. [Photo/WEF]

In April last year, the largest trade zone in the world was created offering hope for a continent that has been left behind by the rest of the world.

The Africa Continental Free Trade Agreement (AfCFTA) was projected to increase intra-African trade by 52 per cent by 2022 while removing tariffs on 90 per cent of goods. Launched in March 2018, the AfCFTA will have a combined GDP of USD2.5 trillion covering more than 1.2 billion people when fully ratified.

Despite the slowdown in implementation of the AfCFTA due to the Covid-19 pandemic, the African Union (AU), UNCTAD and other partners are on a mission to ease trade on the continent and make the free trade area a viable reality for economic development.

One way to do so is to eliminate a brutally costly and complex suite of irritants to freer trade: non-tariff barriers (NTBs).

UNCTAD research has found that the elimination of these barriers could provide a US$20 billion boost to African economies each year which is much more than the US$3.6 billion that can be gained by eliminating tariffs.

And now, the trade agreement sounds promising enough to attract other countries which have seemingly lagged behind in development and economic growth.

“Removing tariffs and addressing non-tariff measures within Africa makes good sense. Extending the agreement to across the Pacific or Caribbean increases the gains by a modest amount,” notes UNCTAD.

The African, Caribbean and Pacific Group of States (ACP) are exploring opportunities of a free trade agreement. Established to negotiate and implement cooperation treaties with the European Union, the group of 79 developing countries formed its own political identity in 1975.

As it is, the EU has been negotiating Economic Partnership Agreements (EPAs) with five regions in Africa, the Caribbean and the Pacific to replace the existing preferential rules to make the ACP-EU relations compatible with WTO rules.

Economic Partnership Agreements and the Continental Free Trade Area negotiations have focused on the speed at which tariffs are removed and the extent to which various products may be regarded as sensitive and exempt from reductions.

At the other extreme, exemption of one per cent of tariff lines would seem to be overly ambitious and is also unlikely to be the basis for agreement.

UNCTAD notes that Africa as a group gains relatively little from extending the agreement across the Atlantic and Pacific, at least as far as tariff reductions are concerned. The Caribbean and Pacific countries often produce similar goods, such as sugar and textiles, as do many African countries.

“They are, in fact, competitors. There are small improvements in terms of trade for African countries,” points the UN body.

On the brighter side, an ACP Free Trade Agreement provides benefits for all three sub-regions even though welfare gains, a measure comprising consumer, producer and government benefits, are not equally distributed.

The report adds that while all countries would increase their exports, some countries would suffer a net loss in real incomes which makes negotiation of a binding agreement difficult. This disparity comes about because of the range of tariffs.

While tariff barriers remain significant, non-tariff measures have a greater impact on trade.

Reducing barriers to trade in Africa is overdue and many countries in Northern and Southern Africa have already taken these steps, but sizeable tariffs remain.

UNCTAD adds that extending the CFTA to include the Caribbean and Pacific members of the ACP would provide positive albeit relatively small additional benefit to African countries.

Read: Equity Digs in on Tariff Row With Safaricom