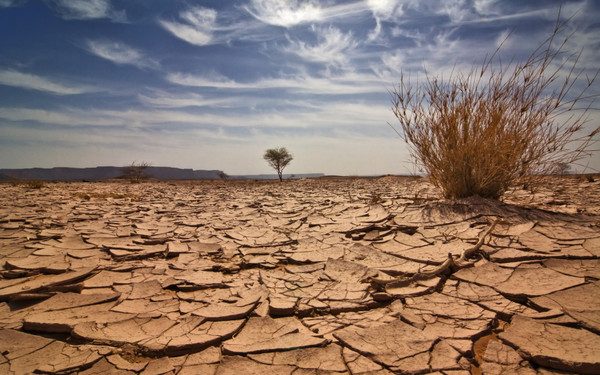 According to AfDB direct and indirect costs of taking action on climate change will be high, but the costs of inaction will be much higher

by Padili Mikomangwa
in Africa, Economic Growth
0
Share on FacebookShare on LinkedIn

Nature hurts economies, and if such economies are not well equipped to handle the aftermath of flooding, famine, water scarcity, or food insecurity—the more shocking realities are bound to come.

Climate change is real and it hurts African economies, and the region is being slapped with a heavy price to pay, amid its struggle to mark sustainable development.

According to a 2018 report by The Conversation, in the same year—almost 10,000 homes were wiped off the ground by floods, displacing nearly 2 million people in Africa up to September 2018.

In East Africa, Tanzania losses nearly $2 billion in damage from floods according to a report published by Nature Climate Change in 2017.

As the least emitter of greenhouse gases, Africa stands to lose a lot in this battle, with climate action funding coming in short and countries such as the United States of America and China tiptoe on taking responsibility it puts the region economic growth future at a greater deal of risk.

However, in this day and time—science and technology have made it possible for communities to analyze the future and make preparations to combat the worse to come.

The report brings in two climatic scenarios, a low scenario until mid-century with a below 2C and pursue a 1.5 C in tandem with Paris Agreement and the high-warming scenario—where we will have a 2C by 2050 and shoot to 4C by 2100.

These scenarios come along with potential risks the region faces and the benefits of mitigation for economic growth and development. It is more of a tip to African decision-makers, and think-tanks to act with precision and accuracy when it comes to handling macro-economic aspects over time and space.

What the report says

According to the report findings, climate change issues could hurt the West and Eastern Africa economies, whereby about 15 per cent of their gross domestic product (GDP) could be lost by 2050.

“Global efforts towards a low-emissions, low warming scenario – as expressed in the Paris Agreement’s long-term goals – could avert a large part of the most serious macroeconomic and development consequences for Africa,” the report argued.

Africa economies are now growing, with a $2.5 trillion collective GDP, this is a significant stride made, and this also brings ups the threat analyzed from the report findings—” there are substantial development risks in African under any level of warming”.

We have seen, drought, flooding and strong-winds wipe out farmlands, communities and pull-back months and years of progress, however, the report does not favour the postponement of action due to such uncertainty.

“Climate change will pose additional constraints and threats to development in Africa in the twenty-first century. Failure to integrate climate change impacts into development planning will result in major economic, social and human development risks,” the report findings stated.

To say the least, the entire climate action landscape comes with benefits, as the findings affirm that—deliberate actions on mitigation and adaptation stand are vital.

“Actions on climate change in mitigation and adaptation will be rewarded by significant benefits and co-benefits in macroeconomic stability, job creation, and decreased negative impacts of climate change on development,” the report said.

More importantly, the findings paint the future clearer, as mitigating emissions in Africa’s energy sector would result in 0.7 million net potential jobs in 2030, which would thereafter sharply increase to as many as 11.8 million jobs by 2050.

No action is not an option

Most African nations possess the least force nor tech-know how to handle present climate risks. At present the regional development and growth are pulled back climate risks, Mozambique is one of the example—(one of Africa’s poor nations) suffered a 9 per cent GDP loss due to floods in 2013.

This marks the facts that an adaptation deficit is present in the region particularly in the least developed countries in Africa, sadly findings point to a lower GDP per capita growth ranging on average from 10 to 13 per cent in these nations with poor adaptation mechanisms.

As early as 2030 Africa would start to feel the climate change and variability wrath, leading to decreasing GDP per capita, while the opposite would be great for the region.

“As early as 2030, African regions would start benefiting from stringent mitigation action. Even though by 2030, the absolute difference in losses between the low and high warming scenarios is still minor, the high-warming scenarios lead to increased damage ranging from about 16 per cent in Northern Africa to about 54 per cent in Central Africa, compared to losses in the low-warming scenario,” the report says.

Also, the report depicted that under Under a high-warming scenario, Eastern and Western Africa, would experience a reduction in GDP per capita by about 15 per cent by 2050, while the Northern and Southern Africa would experience a decrease in GDP per capita coming near 10 per cent by 2050, while Central Africa could be less affected, with a possible decrease of 5 per cent in the high-warming scenario.

However, the situations are not the same over the region, the report says that—a limited number of African countries, including Liberia, Sudan and the United Republic of Tanzania, display the highest economic vulnerability to future climate change, in both warming scenarios.

“This high economic risk is the consequence of both high historical vulnerability and rapidly changing temperature and precipitation patterns,” the report stated.

Adapting is essential and costly

The report argues that the adoption aspect could cost less and lower levels of warming eventually, but the region could also face “residual damages with considerably higher costs, and those costs will rise substantially with more warming”.

This means given the limits to adaption the costs of residual damages are projected to be around five times higher than adaptation investments and costs combined. According to the report—the total costs of both climate change adaptation and residual damages are at least one-third higher in the high warming scenario and Eastern Africa will double by mid-century.

Adaptation is crucial, as it protects Africa’s valuable sector Agriculture—employing many people and accounting to a substantial portion of the region GDP-nearly 15 per cent or more than $100 billion annually according to a Mckinsey report.

“In the high-warming scenario, by 2050, adaptation benefits are about five times greater than the costs in the health sector. The implementation of adaptation measures would also lead to skilled and unskilled job-creation in a wide range of economic sectors, including construction, health and services” the report argues.

More importantly, improved understanding and knowledge of current vulnerability issues is of paramount importance, while macroeconomic forecast ought to incorporate climate-induced economic risks.

Hence, the report stated the latter quite well, saying “This integration would require capacity-building and analytical tools for government experts to analyse climate and socioeconomic data, and collaborate across ministries and agencies (development planning, statistics, meteorology, etc”

The narrative also needs to be in planning and implementing development policies, as informed-policies work better to save lives and economies in the future.

As funding for climate action becomes challenging due to budget constraints and limited revenue streams for African countries, it is vital—to provide these nations with adequate financial support in accessing international finance through bilateral and multilateral sources, such as the Green Climate Fund, according to the report.