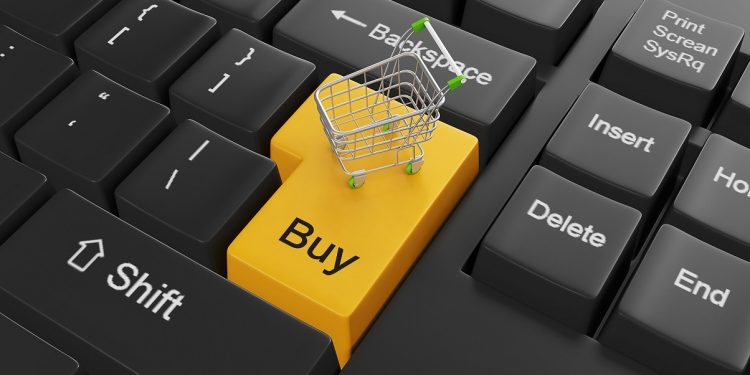 e-commerce. Digitalisation is the best bet for successfully rolling out the AfCFTA. [Photo/Nairobi Business Monthly]

How the digitalization of African trade will help realise the AfCFTA

The digitalisation of trade across the continent can significantly boost free trade in Africa, helping to realize the objectives of the Africa Continental Free Trade Agreement (AfCFTA).

To properly implement the AfCFTA, Africa will need digitalisation in the digital and virtual services and making it an enabler of trade in the different sectors.

By 2030, Africa’s population will have grown from the current 1.2 billion people to an estimated 1.7 billion. With this growth, the AfCFTA has to create an integrated African market for these consumers. The aggregated gross domestic product (GDP) from this market could see the market hit US$3.4 trillion after the opening up of the continent’s economic borders.

There are, however, various issues such as harmonising standards and improving the existing legal frameworks; enacting cybersecurity, consumer and data protection laws; and reducing the high cost of access all need to be addressed in order for Africa to take advantage of digitalisation.

More also needs to be done to facilitate electronic transactions to drive e-commerce and step up investments in ICT infrastructure for the digital economy to develop.

One of the largest overlooked investment opportunities of the past decade for the African continent is the Internet economy which has the potential for profound impact on development.

The mobile Internet is transforming lives across the continent with the support of growing local connectivity and mobility and a dynamic, young urban population.

With a potential to add up to US$180 billion to Africa’s gross domestic product (GDP) by 2025, depending on the usage intensity of digital technologies by businesses, the Internet economy is improving productivity and efficiencies across large swaths of the economy, including agriculture, education, financial services, healthcare, and supply chains.

The Internet economy’s potential to play a pivotal part in Africa’s GDP growth has led to burgeoning investor interest. Buttressed by increasingly large liquidity events in African technology, even in the wake of the pandemic, venture capital funding in Africa reached an all-time high in 2019.

Africa’s Internet opportunity is driven by the talent of young digital entrepreneurs who are solving some of Africa’s most challenging issues, such as access to healthcare for remote populations, employment opportunities for women, and the ability to securely send and receive money.

Advanced technologies—tailored to data-driven, scalable, and pan-African approaches—are providing new ways for Africans to conduct business and earn income. A robust collaboration between the private and public sectors is imperative to ensuring that African entrepreneurs succeed, not only in their home countries and regions but in the global marketplace.

In digitalisation, there is a need for policies to create an enabling environment for productive digital trade.

Trudi Hartzenberg, Executive Director at TRALAC, says that digital solutions can be the norm right from the start and that Africa now has a chance to leapfrog with the AfCFTA agreement since the Covid-19 pandemic has boosted digitalisation.

In addition, there is a need to pay attention to creating an enabling environment to facilitate digitalisation since this offers the best opportunity for Africa to harmonise standards to facilitate trade.

The digital economy is projected to reach US$180 billion in Africa by 2025 yet the payments ecosystem remains largely untapped. This creates a crucial and lucrative opportunity for investors who are able to offer alternative payment platforms allowing small businesses to expand outside of offerings outside the traditional banking system.

Read also: The EAC should integrate to benefit from AfCFTA

Money transfer platforms and digital payments effectiveness is not in question because platforms like PayPal, Stripe, Payoneer, and many others have shown that innovation can facilitate convenience and accessibility of payments and money transfer.

While African digital payment platforms remain few and far between, they nonetheless have the same potential to leverage the ease, convenience, and reach of internet-based systems to create significant traction.

With Africa’s one billion strong youth population, demand for services such as these remains strong.

To tap into the opportunities offered by the AfCFTA, those who offer payment platforms will provide the missing link to ensuring the success of trade within the continent.

The digital payment ecosystem and cashless payment alternatives thus provide monumental impetus which is set to revolutionize the way Africa does business. The digital tech ecosystem is expected to continue to garner interest from investors, private equity, and venture capitalists alike.

What is noteworthy is that Africa has 107 unique land borders with varying regulatory standards making for a frustrating experience for those who need to do business across the continent.

The AfCFTA is however consolidating these economies into a single US$2.3 trillion market offering greater market opportunities at lower business costs which is attractive for those who would want to tap into these prospects.

Proponents say that a digital AfCFTA is a necessity for Africa.

The global digital economy is worth around US$12 trillion and Africa is lagging behind in this lucrative opportunity.

This African lag, according to Thierry Zomahoun, is due to a number of factors including inadequate infrastructure and the shortage of requisite skills.

Zomahoun, who is the President of the African Institute for Mathematical Sciences (AIMS), says that these are real challenges holding back the growth of innovation and the emergence of industries linked to new technologies.

He adds that such barriers ultimately prevent new areas of activity from being created on the continent. To counter this, Zomahoun says that basic digital infrastructure that meets the needs of the type of economy that will emerge and be in place in the future must be developed.

In addition, new training methods should be established to enable young people to equip themselves with the requisite skills and to create new value chains and business sectors.

Financing is also a big challenge since converting laboratory-made solutions into products that can be sold all over Africa requires a lot of investment to the tune of billions of dollars.

UNCTAD Secretary-General Mukhisa Kituyi says that Africa trails behind the rest of the world in its preparedness to engage in and benefit from the digital economy. As it is, three-quarters of the African population have yet to start using the Internet.

But it is not all doom and gloom since the continent is showing progress in key indicators related to B2C e-commerce.

Since 2014, Kituyi says, sub-Saharan Africa has surpassed world growth on three out of the four indicators used in UNCTAD’s Business-to-Consumer (B2C) E-commerce Index.

In 2018, UNCTAD estimated that there were at least 21 million online shoppers in Africa a year earlier which was less than 2 per cent of the world total. Nigeria, South Africa and Kenya were the three countries accounting for almost half of this number.

Nevertheless, the number of African online shoppers has surged annually by 18 per cent since 2014, faster than the world average growth rate of 12 per cent.