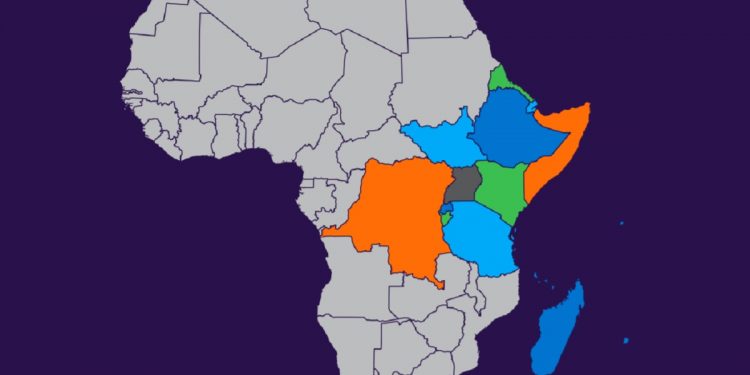 The East African region. It remains resilient in the face of the Covid-19 pandemic which is good for attracting investments. [Photo/ECA/TMEA]

East Africa to become the hotspot for continent’s recovery

The year 2020 is coming to an end but this may not be said of the challenges that the year has fraught many with.

Many investors have had a tough year where many have scaled-down or completely closed down their businesses while still there have been many new opportunities that have come with the pandemic which has disrupted the global economy.

Even with these many challenges, Africa remains a lucrative investment frontier with the prospects driven by a growing population and demand for goods and services as economic empowerment expands the middle class.

With this, there are several sectors and regions where investors can put their money and count on good returns.

The East African region’s performance has been impressive especially in the period before the pandemic hit.

Last year, East Africa’s economic growth soared leading other regions on the continent where growth was close to 7 per cent while the overall outlook for the rest of Africa was ‘cautiously positive’ according to the African Development Bank (AfDB).

In the region, job creation and ramping up manufacturing were projected to continue being major priority areas for creating growth and employment across the continent.

And, these impressive numbers have not gone unnoticed.

Allianz is preparing to expand its presence in the East African insurance market by building on a solid foundation in Kenya and with the acquisition of the majority of shares in Jubilee General Insurance Company in Kenya, Tanzania, Uganda, Mauritius and Burundi.

The company has initiated a series of events aiming to introduce the brand to the East African market, not only as a worldwide insurance leader but also as a global thought leader and expert in financial and insurance markets.

Allianz Research is confident about the short-term economic development and forecasts a strong rebound of global GDP by +4.4 per cent for 2021. For 2020, a contraction of -4.5 per cent is expected.

Besides huge ongoing monetary and fiscal impulses, the main growth driver in 2021 will be a positive “confidence shock”, triggered by the vaccination campaign, boosting consumption, investment and trade.

In this growth scenario, the upside and downside risks are substantial.

Ludovic Subran, the chief economist at Allianz, says that a fast and successful vaccination campaign could lift spirits, even more, adding 2 percentage points to GDP growth. The driver would be consumption powered by the unleashing of excess savings of households. In the Eurozone alone, around EUR 500 billion are sitting on the sidelines, waiting to be spent.

A botched vaccine campaign, however, would work in the opposite direction.

After being through the worst recession in its recent history in 2020 with a -4.2 per cent decline of GDP, Allianz economists project that the African economy will rebound by +3.2 per cent in 2021.

Covid-19 infection rates have remained relatively low on the continent compared with the other parts of the world.

However, African economies were severely hit by the crisis due to weak internal and external demand and commodity price shocks. In 2021, the recovery will be essentially driven by stronger domestic and world demand and trade, higher commodity prices and resuming tourism activity.

In 2021, Africa will benefit from supportive fiscal stimuli and good financing conditions globally. Interest rates, in particular, will remain low, very long in the US and even longer in Europe.

The Fed is likely to envisage a first-rate hike from Q3 2023 only. Although other central banks tend to just follow suit most of the time, the ECB will have a hard time to do so because the perspective of the Fed’s monetary policy normalization is likely to awaken the beast of sovereign debt risk in Europe.

This might incite the ECB to extend its unconventional monetary programme beyond the Fed’s own programme to contain Eurozone sovereign spreads.

Subran adds that low-interest rates are a sweet poison and that the Covid-19 crisis has worsened fiscal imbalances in Africa. The increasing of public spending and the decreasing of government revenues from tourism, natural resources and taxes pushed up public debt to hardly sustainable levels.

He notes that African governments now have less fiscal space than after at the onset of the Great Financial Crisis to boost economic recovery. The main economic challenge for Africa is to finance growth sustainably.

The need to focus on attractiveness and competitiveness will be key.

East Africa was poised for an average growth estimated at 5 per cent in 2019. The region maintained its lead as the continent’s fastest-growing edging out North Africa which was the second-fastest at 4.1 per cent while West Africa’s growth rose to 3.7 per cent in 2019, a slight boost from the 3.4 per cent in 2018.

With this picture, East Africa’s growth was set for take-off making the region appealing to investors.

However, the trajectory has been hit negatively by the emergence of the Covid-19 virus slowing down growth and dimming projections for the future.

The East African Community (EAC) has a combined population of 168.5 million people with a GDP of US$159.5 billion and a GDP per capita of US$918. This becomes even bigger with the inclusion of the larger Eastern African region which has South Sudan, Djibouti, Eritrea, Ethiopia and Somalia.

Even though Kenya remains East Africa’s largest economy, Ethiopia is the region’s fastest-growing economy going by data collected over a 10-year period. Notably, though, Kenya’s regional neighbours are demonstrating significantly faster growth rates meaning that the East African investment hub has to pull up if it is to remain in the coveted position.

Whereas the region’s economic growth is generally dimmed by the effects of the pandemic, there is a silver lining in the African Continental Free Trade Area (AfCFTA) and the Internet economy.

The AfCFTA is opening up the continent offering African countries an opportunity to reach a market of close to 1.3 billion people. This makes AfCFTA the world’s largest single market.

For the Internet economy, a report by the IFC and Google titled e-Conomy Africa 2020, indicates that driving this growth is a combination of increased access to faster and better quality Internet connectivity, a rapidly expanding urban population, a growing tech talent pool, a vibrant start-up ecosystem.

This could be what keeps East Africa at the apex.

People First - Why Protecting your employees is vital in today's climate!