by Njenga Hakeenah
in Energy
0 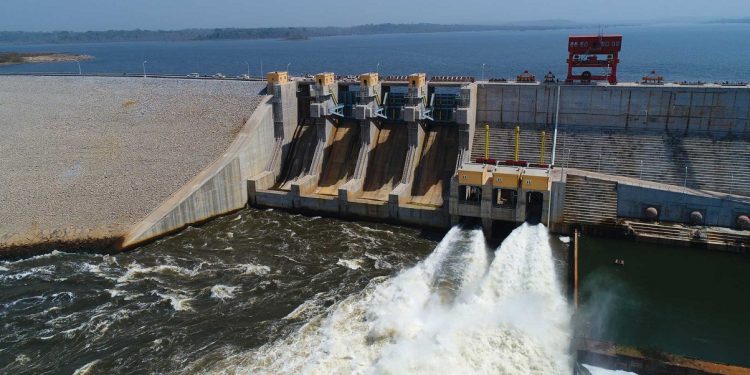 Cameroon’s Nachtigal Hydropower project. The SSA region needs to invest massively in mini-grids to ensure Universal electricity access for all the populations. [Photo/IFC]

Clean energy is one of the cheapest electricity sources and for years players in the sector have propped up this idea which could transition the least powered countries to universal electricity access.

Small hydro, wind, geothermal, solar, stranded gas and biomass projects are some of the many sources that can provide low-cost, reliable and clean power to Sub-Saharan Africa (SSA) which is the most affected by lack of enough electricity.

Energy sector players including developers believe that mini-grids are a cost-effective solution which can provide communities and businesses with the low-cost clean power in a reliable way.

Unfortunately for the SSA region, the mini-grid sector which can enable the provision of electricity to all especially far from the main grids remains largely untapped due to the lack of public sector reforms or the sluggish implementation of the same.

The governments in the SSA region can embrace Public-Private Partnerships (PPPs) to ensure that their populations do not remain condemned to using energy which puts them and the environment at risk.

So attractive is the sector in Africa that the UK has invested over £50 million into clean energy projects on the continent.

In January 2020, the UK announced winners of the investment packages in the continent’s clean energy infrastructure during the African Investment Summit in London.

The funding goes to projects seeking to provide clean energy to thousands on the continent. For perspective, close to 80 per cent of Africans residing in the SSA region depend on biomass fuel. This means that trees and other wood sources remain a threat to exacerbating the degradation of the continent’s lands due to deforestation.

Geothermal power stations in Ethiopia, solar farms in Kenya and clean energy storage in sub-Saharan Africa are some of the projects that will benefit from the UK funding.

Sam Slaughter, CEO of PowerGen, says that investors go where there are favourable regulations with existing funding for mini-grid projects.

Read: Woman in Tanzania shares her secret in cookstove-making

PowerGen has built solar mini-grids in Kenya, Nigeria, Sierra Leone and Tanzania with Slaughter adding that they are building utilities highly regulated and scrutinized by governments.

While many other countries in the region have systems implementation bottlenecks, players in the sector are looking forward to expanding private investment into mini-grids in the SSA.

There is renewed attention from international institutions on clean energy provision in Africa with institutions like the IFC exploring near-term possibilities in three African countries.

An IEA report released last year notes that the demand for energy in Africa is set to rise by 60 per cent in just 20 years.

Africa is experiencing rapid economic and population growth in Africa where 50 per cent of all people born globally are in Africa.

This means that for every two children born worldwide, one of them is from Africa.

These twin growth in the economic and population aspects will definitely put pressure on the current power systems. As such, governments in this continent have to ensure that they implement investment-friendly policies in the energy sector.

This demand for clean energy is coming at a time when costs of key renewable technologies are falling which is opening up new avenues for innovation and growth.

Financially, there are several funds interested in the mini-grid sector in Africa. One of these is the Africa Renewable Energy Fund (AREF) which invests into small hydro, wind, geothermal, solar, stranded gas and biomass projects across the SSA region except South Africa.

AREF is a US$200 million fund with nine investments across six countries.

The beneficiary countries include Ghana which has Azimuth Solar, APSD Biomass in Ghana, Bugoye, Achwa 1 and 2 Hydro in Uganda, Kikagati – Hydro – Uganda / Tanzania and Corbetti Geothermal in Ethiopia.

SSA should ensure that it aggressively invests in clean energy provision to deal with the recurrent power challenges.

According to the IEA, the planned efforts to provide access to modern energy services barely outpace population growth.

How Africa will hit this milestone

With the reality that about four in 10 Africans still lack electricity in their homes, a lot more needs to be done to make universal access a reality.

However, initiatives to increase coverage using mini-grids will go a long way in ensuring that those who are not covered get access to the much-needed power.

Already, Power Africa is among the players supporting off-grid electricity access after the 2014 launch of the Beyond the Grid sub-Initiative. This initiative is focused exclusively on unlocking investment and growth for off-grid and small-scale energy solutions on the African continent. By creating an enabling environment for mini-grids to thrive, the continent may achieve universal power coverage.

To make power provision a reality, Beyond the Grid has partnered with over 40 investors who have committed to invest over US$1 billion into off-grid and small-scale solutions to this market.

“These private sector commitments will be significant in helping Power Africa achieve its target of 60 million new connections for households and businesses,” notes the initiative by USAID.

Beyond the Grid is accelerating off-grid electricity access, focusing on two strategic priorities – household solar and micro-grids – to add 25-30 million new connections by 2030, in support of achieving the overall Power Africa goal of adding 60 million new home and business connections.

Even though this could be a drop in the ocean, it is no doubt a step in the right direction in helping Africans light up their world.

To catch up with the demand for electricity, Africa has to increase its power generation capacity by 6-7 gigawatts a year. This is nearly 10 per cent of the current total capacity and seven times the current growth rate, according to the IFC.

For the continent to achieve this, governments will require private sector expertise and financing.

The World Bank Group is working with governments, utilities, private companies, commercial banks, and investors to develop solutions for power markets that are innovative, sustainable and financially viable 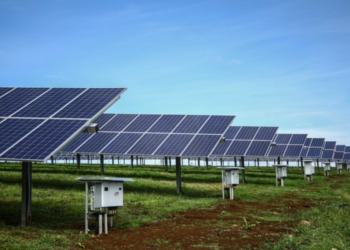 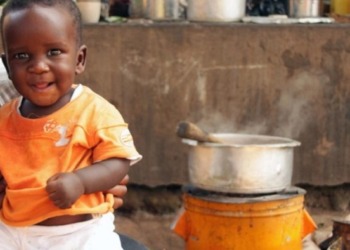