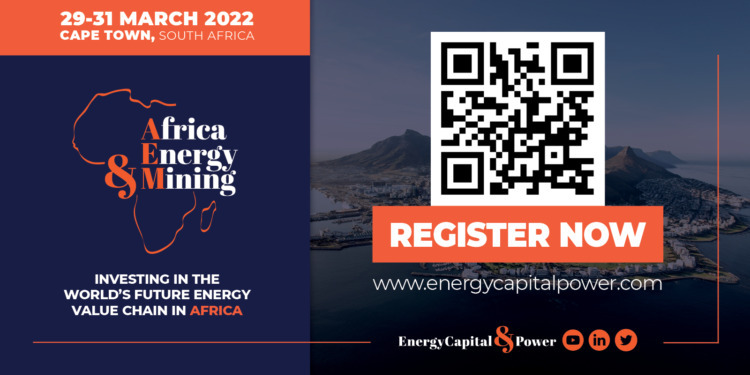 The use of captive power plants offers the ability to lower both long-term operating costs and carbon emissions within mining activities.

by Opinion
in Economic Growth, Energy
0
Share on FacebookShare on LinkedIn

Mining activities are some of the most power-intensive globally, with electricity required to operate haul trucks, earth-movers, underground excavators, blasting tools and mining drills accounting for up to 40% of a company’s total expenditures. Regionally, southern Africa is forecast to elicit some of the largest power requirements in mining on the continent – led by South Africa, Mozambique and Zambia – and followed by Central and West Africa. With COVID-19 leading to production site shutdowns, loss of output and volatile commodity prices, the ability to reduce operational expenditures – via electricity costs – has risen to the forefront of mining firms’ agendas.

And yet there are two major impediments to accessing sufficient quantities of low-cost electricity. First, Africa is home to some of the lowest electricity access rates globally, with a lack of infrastructure, unreliable grids and frequent blackouts posing a major threat to output and production efficiencies. The Democratic Republic of the Congo is one such incongruous example – the country produces a mighty 60% of mined cobalt globally, yet has an installed power capacity of 2,677 MW and an electricity access rate of nine percent. Second, the mining sector is facing mounting pressure to catalyze renewables, or relatively clean-burning natural gas, for power generation. In South Africa, coal-fired plants that produce more than 80% of electricity have rendered the country one of the top carbon polluters globally. In other words, domestic grids are failing to keep pace with rising energy demand, while investments in additional capacity must be vetted against strict environmental sustainability standards.

As a result, mining firms are increasingly utilizing independent or off-grid power generation alternatives to supplement their energy supplies – namely, captive power plants. Captive power plants, which generate electricity for internal consumption, can operate either on-grid – with the option to export surplus power to the national grid – or off-grid. By offering lower-cost, lower-carbon electricity, captive power plants are able to align with a global environmental agenda, while establishing long-term energy security.

The benefits of captive power are multifold. Because commercial or industrial users do not have to purchase the power from a third-party, they can reduce their operating costs, and even offset costs by selling excess back to the domestic grid. Secondly, because it does not rely on outdated, often government-operated distribution networks, captive power offers enhanced energy security – a critical factor for power-intensive industries in which continuity and quality of supply make a difference to the end-product, such as aluminum smelters, steel plants and chemical plants.

In sub-Saharan Africa, several countries with large-scale extractive industries can already attest to the efficacy of self-generated power in mining. In Mauritania, French wind turbine manufacturer Vergnet Group developed the 4.4 MW Nouadhibou Wind Farm for Société Nationale Industrielle et Minière – the second-largest producer of iron ore on the continent – to operate its nearby mine. Earlier this month, a 30 MW solar and 15.4 MWh battery storage project came online to power B2Gold Corp’s Fekola Gold Mine in Mali. With renewable energy meeting up to 75% of the mine’s daily electricity demand, the project represents the largest off-grid solar battery hybrid system for the mining industry globally. Other mineral-producing countries like Sierra Leone and Liberia have also followed suit.

While grid-connected power has enabled the growth of sub-Saharan Africa’s most robust mining industries to date, captive power generation and other off-grid alternatives are anticipated to expand rapidly, alongside the growth of independent power projects that have already transformed countries including Kenya, South Africa, Tanzania and Uganda. To identify opportunities and drive capital into captive power generation and more, Africa Oil & Power will host its fifth flagship conference in Cape Town – Africa Energy & Mining (AEM) 2022 Conference & Exhibition – uniting Africa’s investors and leaders across energy and mining industries next March.

Under the theme, “Investing in the World’s Future Energy Value Chain in Africa,” AEM 2022 will highlight the importance of the Africa Continental Free Trade Area, international partnerships and intra-African cooperation across all facets of the continent’s energy and mining sectors, with a view to post-COVID-19 recovery and influx of foreign direct investment. The intersection between clean power and mining represents a critical opportunity for investors to play a two-handed role in the growth of both sectors.

AEM 2022 is the premier venue to understand the new energy and mining landscape in Africa, how Africa will influence the global energy transition, and to initiate and make deals. To find out more about the event, please visit www.africaoilandpower.com and contact AOP Senior Director James Chester directly at [email protected]