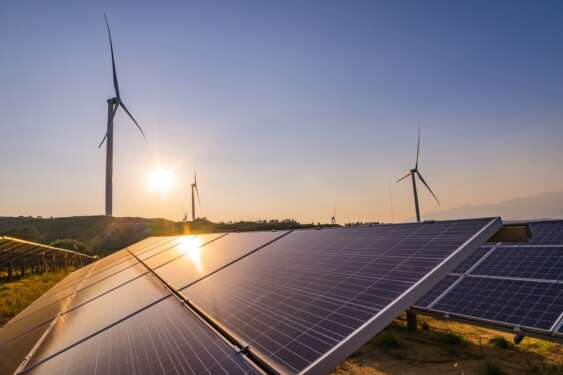 Electricity needs can only grow in the foreseeable future

African countries are blessed with sunlight all year round but not many have been able to tap this free and clean energy source on a large scale.

Solar can power the continent’s industrial parks or light up homes whether in remote and isolated areas or in urban areas which could reduce the dependence on unclean sources of energy like coal.

While many countries have hydropower meeting their energy needs, millions of Africans have to still rely on daylight to do what they can since they have no reliable options of lighting when darkness falls.

A March 2020 report by the IMF shows that about half of sub-Saharan Africa’s population still does not have access to electricity today. This means that the potential of the industry, education, healthcare and many other aspects of the economies cannot be fully realised.

On the other hand, those who do have electricity pay nearly twice as much for it as consumers elsewhere in the world on average. Even with power for the 50 per cent, shortages cost the continent about 2 to 4 per cent of GDP a year.

With a growing population, electricity needs can only grow in the foreseeable future.

By 2050, Sub-Saharan Africa’s (SSA) population will be more than two billion having grown from one billion in 2018. The demand for electricity will expand 3 per cent per year, according to projections.

The biggest challenge to meeting this growing demand with the current energy sources is the severe consequence for health and the environment. Africa’s energy mix currently is based mostly on burning coal, oil, and traditional biomass (wood, charcoal, dry dung fuel).

While this energy mix reflects the energy resources of the continent, it also shows that Africa has not moved from the use of technologies of the past. Despite this energy mix being comparatively cheap, it cannot sufficiently meet the current needs nor is it sustainable to address the energy needs of the future.

Africa’s sources of energy will need to change if governments are to achieve a healthy environment for their citizens and meet the emission limits for greenhouse gases set out by the 2015 Paris Agreement.

The continent has advantage in that it does not have to reinvent the wheel to get the energy mix right since there are notable technological advances whose adoption would propel the continent further faster in switching to clean energy.

Solar remains one of the most reliable sources of energy on the continent but its adoption remains low due to several hurdles. In Kenya, the cost of electricity is driving consumers away from the country’s monopoly power provider, Kenya Power—something that has led to the company complaining against the revolution.  In November 2020, the company was seemingly rattled by the massive switch to solar power as its revenues continued on a downward trajectory.

In Kenya, just like in many other SSA countries, consumers pay more for electricity in comparison to users elsewhere in the world. This cost is what is driving many consumers away from the monopoly provider.  Big companies in Kenya who also happen to be the biggest power consumers are turning to solar energy in a bid to cut costs.

For instance, 107 service stations owned by Total Kenya are now running on solar energy making it one of the biggest firms to switch to clean energy. The switch means that the company has significantly reduced its reliance on Kenya Power.  Total Kenya has already installed close to four thousand solar panels with plans to have more stations migrate to solar energy by 2021.  The company says that solar energy runs its lights, pumps, fridges, air conditioning and coffee machines which reduces its reliance on the grid.  With the campaign that began in 2018, the energy dealer says that it is moving towards the global ambition of Net Zero CO2 emissions by 2050.

In the same league with solar power generation is wind power making the two more promising for large-scale expansion of renewable electricity generation. The report notes that for wind and solar power generation, prices are now in the same range as those of fossil fuels. This means that it is now easier and more convenient to switch to the two clean energy sources.

As highlighted before, sunshine is not only abundant but also much more reliable than elsewhere in the world making conditions for solar energy generation excellent in Africa.

Already, South Africa has several solar power plants with a capacity of more than 100 megawatts.

In Kenya, the Lake Turkana Wind Power project is a success story but despite these successes, solar and wind accounted for only 3 per cent of the electricity generated in Africa in 2018 compared with 7 per cent in other regions of the world.

Renewable energy’s main challenge is that its supply fluctuates which creates unease fully relying on renewables as a source of electric power. The brighter side of this is that it is possible to stabilize renewable electricity supply through technological advances.

During peak demand periods, the advances include using hydropower as a buffer and maintaining a well-connected electricity grid to allow the pooling of electricity production from different geographic regions.  Others include adjusting electricity demand to supply and storing energy with flow batteries and hydrogen electrolysis.

For Africa, as Kenya has shown, the switch to clean energy is possible but there has to be goodwill from the government by ensuring that policies favour the adoption and not stifle its growth.

With the likes of Total Kenya successfully switching to solar and managing to cut their costs in electricity, the only way to go is clean energy and solar is the most favourable option. The SSA region can go solar through public private partnerships (PPPs) to enable Africans in this region enjoy a life that is not limited when darkness falls.

Continent-wide, only about 43 per cent of Africa’s population has access to electricity, according to the 2019 World Bank World Development Indicators; Demographic and Health Surveys; Multiple Indicator Cluster Surveys; National Surveys.

Solar energy has the potential to change the narrative for these millions whose lives are limited by the lack of power since access to electricity is a critical challenge to the continent’s economic growth.