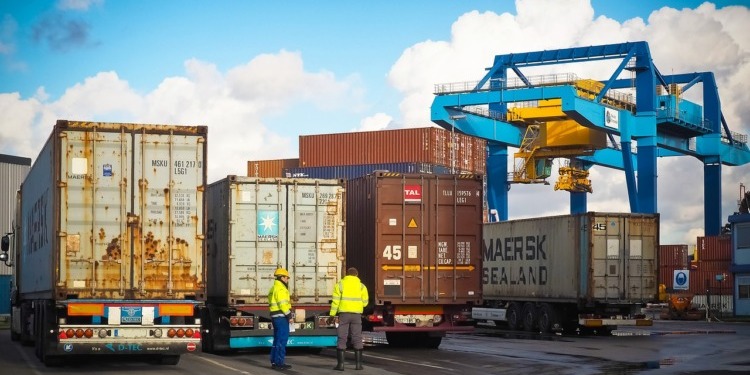 AfCFTA is opening up opportunities in Africa. Investors in value chains will reap the most from the trade agreement. [Photo/ Market Frontiers]

Consider everything you have heard about Africa is wrong and start on a quest to know and understand the continent better when it comes to the opportunities it has to offer.

For anyone giving investing in Africa a wide berth, it is because of what they have heard and rarely due to what they have experienced. This will lead to missing the myriad opportunities the continent has in the different sectors where investment is badly needed.

For starters, Africa is not only the fastest-growing continent on the planet but it is also fuelled by a young and rapidly urbanizing population which will drive demand for a long time to come.

There are several benefits to investing in Africa with some being the fact that the continent has an abundance of natural resources including oil, precious metals and many others which remain untapped due to lack of infrastructure and financing.

In addition, the continent has a large population which represents approximately 17 per cent of the world’s total. With about 1.3 billion people—and growing—Africa offers an enormous opportunity for consumer goods in sectors like telecommunications and the broad spectrum of banking and other sectors driven by consumer demand.

Another offering is that Africa is relatively undeveloped and the per capita income lags behind the rest of the world. This offers an opportunity to investors since the population growth means more demand for goods and services as well as improved purchasing power as the wealthy bracket expands.

According to Dr Ayodele Odusola, former Chief Economist, UNDP Regional Bureau for Africa, investors have not moved into the continent quickly because foreign investment decisions are over-structured.

Writing for the African Renewal Magazine by the United Nations, Dr. Odusola says that one of the major reasons investments are held back is what is referred to as too much risk.   He however says that risk and profit are inseparable twins and that high-risk ventures are frequently associated with higher profits. This is one of the major offerings that the continent has especially in the uncharted waters with the implementation of the US$450 billion African Continental Free Trade Area (AfCFTA).

Here are some of the important aspects you need to know about investing in Africa under the AfCFTA.

For those interested in making hay while the sun shines, they should seize the opportunities offered by the trade agreement especially in the various sectors and their value chains.

Estimates show that the African infrastructure gap is between US$130 and US$170 billion per year which greatly impedes intra-African trade. Thus, investing in infrastructure and transport linkages is a big need to support the trade framework.

A report by the UN Conference on Trade and Development states that between 2006 and 2011 Africa had the highest rate of return on inflows of Foreign Direct Investment (FDI) at 11.4 per cent in comparison to Asia’s 9.1 per cent and 8.9 per cent in Latin America and the Caribbean. These figures show that Africa was the most profitable region in the world.

While the FDI to Africa decreased significantly in 2020, this does not take away from the potential returns from investing in the continent. In 2017, companies that benefited from bountiful profits in Africa include Sonatrach whose turnover from oil and gas alone was US$33.2 billion while MTN Group’s turnover was about US$10 billion. At the same time, the Dangote Group saw a turnover of US$4.1 billion.

There are a variety of factors driving up Africa’s profit prospects that makes it imperative for businesses around the world to invest in the continent which will help foster Africa’s economic progress.

The AfCFTA is the common denominator to ensuring that Africa’s economic wellbeing is regained.

While the trade agreement remains one of the biggest tickets to Africa’s economic emancipation, there still remain challenges in regard to SME preparedness.

If an investor is in the SME sector, there is a lot more work that needs to be done since only 45 per cent of African SMEs are ready to take advantage of the AfCFTA.

The opportunity in the SME sector includes the need for expert consultancies where the business of all sizes will reap the benefits of the free trade agreement. There are opportunities in offering clarity, consistency and transparency of the AfCFTA through the collaboration of both public and private sectors.

Another important factor is that the AfCFTA creates economies of scale making Africa a more attractive investment destination.

Investor appetite into Africa has been low historically driven in part by the market size and the tariff and non-tariff barriers. The AfCFTA offers an incentive for the private sector to create economies of scale and inspire private capital flow.

The trade agreement can turn into reality the proposals on paper and make the opportunity worthwhile for investors.

As with any project, an investor in Africa should be patient, persistent and remain positive. This calls for collaborations that will enable the achieving of goals faster.

The main call is for the private and public sectors to collaborate and support one another which will translate into achieving success faster and much more smoothly.

Read: Leaving no one behind: The ideal of the AfCFTA