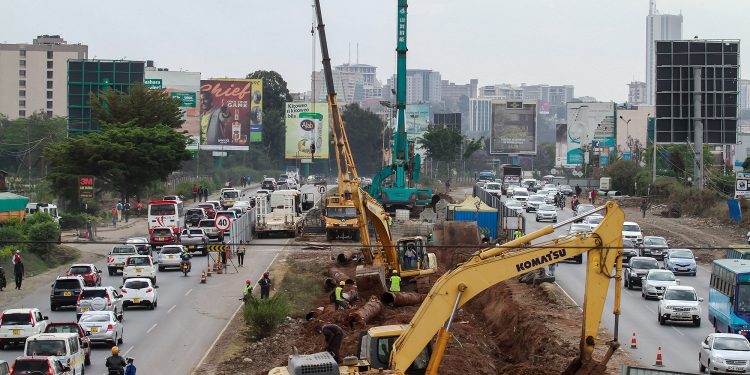 According to the latest Purchasing Managers’ Index (PMI), the fall in infection rates prompted an increase in customer numbers, but cash flow issues meant that employment dropped for the first time in ten months.

Kenyan businesses saw a renewed expansion in activity during February, as new orders strengthened following a downturn at the start of the year due to the Omicron wave of the pandemic.

According to the latest Purchasing Managers’ Index (PMI), the fall in infection rates prompted an increase in customer numbers, but cash flow issues meant that employment dropped for the first time in ten months.

With input demand rising, alongside increases in tax burdens and global material prices, firms’ overall costs grew at the sharpest pace since September 2018.

The index pointed to a solid improvement in the health of the private sector economy, helped by a recovery in business activity as Covid-19 cases continued to fall across the country.

The rate of growth was the second-fastest since October 2020.

Export sales rose to a much greater extent than in January, but growth remained weaker than seen in the fourth quarter of last year.

The renewed rise in new business meant that output also returned to growth.

Manufacturing and agriculture firms experienced the strongest upturns in output during February.

By contrast, wholesale and retail was the only sector to see activity decline.

According to Kamau, firms responded to the higher demand by increasing their output and quantity of purchases significantly during the month.

That said, input prices for firms rose at the fastest rate in 41 months largely due to higher tax burdens and rising energy costs.

“The recovery in demand allowed firms to increase their output prices at the fastest rate in three months to pass on the higher input costs and protect their margins. Finally, while the 12-month outlook by firms rose marginally from January, it is now at a five-month high as concerns around the Covid pandemic begin to dissipate,” he said.

The rise in new orders also underpinned a renewed increase in backlogs at Kenyan firms midway through the first quarter.

Nevertheless, with some companies facing cash flow issues following the Covid-led downturn in sales over January, employment numbers were scaled back for the first time in ten months.

The rate of overall input cost inflation was the strongest seen since September 2018. Output charges were raised at a solid pace accordingly.

Despite rising input prices, purchasing activity expanded sharply and at the quickest pace for 16 months.

“This helped firms to bolster their stocks amid increased confidence that sales would continue to grow,” Stanbic says in its PMI.

In relation to this, business optimism surrounding future activity picked up fractionally to the highest since last September.