Kenyatta said the interventions would help an economy that was already recording remarkable recovery. 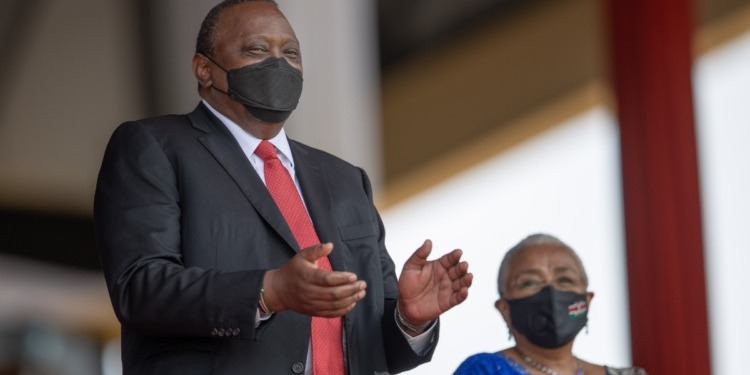 President Uhuru Kenyatta at a past event / State House Nairobi

Kenya’s President Uhuru Kenyatta has announced the rolling out of the country’s third financial stimulus programme, designed to accelerate the pace of economic growth and to sustain the gains already made.

Speaking during the Mashujaa Day celebrations on Wednesday, October 20, Kenyatta said the interventions would help an economy that was already recording remarkable recovery.

“This rebound is as a result of the gradual reopening of the economy especially the services sector coupled with stronger global demand. This recovery is reflected in the strong revenue performance for the Quarter ending September 2021,” he said.

The new programme, which will be effective 1st November 2021, targets the key product and service sectors in thirteen strategic interventions as listed below.

The first intervention is in the Tea Sub-Sector

To safeguard the gains made in the Tea Sub-Sector, Kenyatta directed the National Treasury to allocate KShs 1 Billion in support of fertilizer subsidy for Tea Farmers.

The Second intervention is in the Sugar Sub-Sector

To safeguard the livelihoods of farmers within Kenya’s sugar belt, Kenyatta direct the National Treasury to allocate an additional KShs 1.5 Billion in aid of the sugar sector that will be appropriated towards factories maintenance and payment of farmer’s arrears.

The third intervention is in the Coffee Sub-Sector

In acknowledgement of the pace of the ongoing reforms on the sub-sector, Kenyatta directed the National Treasury to allocate KShs 1 Billion to the Ministry of Agriculture to be appropriated towards completion of the ongoing targeted interventions in the Coffee Sub-Sector.

The fourth intervention is in the Livestock sector

Noting the effects of the ongoing drought situation, Kenyatta directed the National

Treasury to allocate KShs 1.5 Billion in support of the communities affected by the ongoing drought in the ASAL counties as part of our National Livestock Offtake Programme.

The fifth Intervention is also in the Livestock sector

To secure a reduction in the prices of animal feeds, Kenyatta ordered and directed the Cabinet Secretary for Agriculture, jointly with the National Treasury, to issue within seven days, a framework that will facilitate the reduction of the cost of animal and chicken feeds.

The Sixth intervention is in Education

Noting the success of his Administration’s policy on 100% transition from primary to secondary education, the president directs the National Treasury to allocate KShs 8 Billion to the Ministry of Education for the CBC Infrastructure Expansion Programme.

The Seventh intervention is in Health

To enhance access to medical coverage across Kenya, and as part of the Universal Health Coverage programme, Kenyatta direct the Ministry of Health to establish an additional 50 New Level 3 Hospitals, to be situated in non-covered areas and densely populated areas across the nation. He further direct the National Treasury to allocate KShs 3.2 Billion for immediate construction of the medical facilities.

The eighth intervention is in the National Sanitation Programme

Kenyatta noted that the programme is to harness the energy of young people and to give them a buffer against Covid related unemployment. Noting the success of Kazi Mtaani Programme and its effect in enhancing opportunities for the youth across the country, Kenyatta direct the National Treasury to allocate KShs 10 billion for the third phase of the Kazi Mtaani Programme.

The programme covering over 200,000 youths will be rolled out to all counties, with priority given to densely populated areas.

The above measures are expected to inject an additional KShs 25 Billion into the economy. These new initiatives complement ongoing State interventions that are expected to sustain the momentum of recovery, with the year’s growth rate projected to be 6%.

The ninth intervention is on energy and petroleum

Kenyatta said that being fully aware of the positive strides being made in the economic recovery, the gains stand the risk of being eroded by high energy prices. To address the plight, Kenyatta ordered and directed that the Ministry of Petroleum & Mining, jointly with the National Treasury, develop by December 24th, 2021, a framework for stabilization of petroleum prices, to cushion Kenyans against the turbulence caused by the volatility in fuel prices.

He also asked the Ministry of Energy to secure the full implementation of the Report of the Presidential Taskforce on Review of Power Purchase Agreements that establishes a pathway for the reduction of electricity prices by 30% by the 24th of December.

“I, therefore, look forward to Kenyans being relieved of the burden of high tariffs by Christmas Day,” he said.

The tenth intervention is in the banking sector

The president said that the transformation of the Kenyan economy and the emergence of the country as a financial hub is a result of the efficiency secured by technology.

He added that the gains made in the digitalization of financial processes and transactions have made it possible for Kenyans to better track and trace illicit flows of money.

These include requirements for financial institutions to report cash transactions above USD10,000.

He however noted that it should also be recognized that the implementation of the framework by banks has been onerous for Micro, Small and Medium Enterprises (MSMEs).

Kenyatta added that cash still remains an important payments channel for MSMEs, representing 80% of all their financial transactions.

He added that the implementation of cash transactions requirements by banks has not been facilitative of the operations of MSMEs and has to some extent inhibited their growth.

“In this regard, I hereby further order the National Treasury, after consultations with other stakeholders, to immediately cause the upward revision of the cash transactions reporting threshold from the current mark of Kshs 1 Million applicable to both withdrawals and deposits by customers.”

He added that the financial institutions will retain their reporting obligations to the Financial Reporting Centre.

Over the last decade, Kenyatta noted that the government has developed a robust credit information sharing mechanism for the banking sector which enables Kenyans to develop a credit history to enable them to access cheaper credit.

This is an important pillar for the pricing of loans. The Covid-19 Pandemic adversely impacted businesses, particularly MSMEs.

As one of the COVID-19 emergency measures, we had suspended the listing with Credit Reference Bureaus (CRBs) of borrowers whose loans were non-performing at the beginning of the pandemic. This suspension lasted for six months, from April to September 2020, and provided relief, particularly to MSMEs during the pandemic period.

However, some of the MSMEs continue to struggle to get back to a sound footing following the adverse effects of the pandemic.

“In that regard, and to further augment the interventions we are making to give the Micro, Small, and Medium Enterprise’s reprieve, I further order the National Treasury, in consultation with all stakeholders, to secure the following additional measures to provide further space to the recovery of MSMEs,” he said.

As such, Kenyatta directed that the relevant authorities will, for loans less than KShs 5 million, effect a moratorium of listing in CRBs for a period of 12 months to end September 2022; and further, borrowers with loans below KShs 5 million listed with CRBs from October 2020 to date will not have that listing incorporated in their credit reports for the next 12 months, ending September 2022.

In addition to foregoing measures and accelerating the economic recovery, Kenyatta urges all banks and financial institutions to accommodate customers who seek to restructure their banking facilities.

The twelfth intervention is in the digital financial services

In recognition of the importance of digital financial services, especially to the small scale traders and the household at large, Kenyatta directed the National Treasury to engage all-digital payment providers with an aim of deepening and expanding the use of digital payment channels.

The thirteenth intervention is in the area of vaccine production

“If there is anything, we have learnt from the Covid 19 pandemic is the essence of self-reliance. As the first step towards this goal, we have established a company to facilitate this venture in the name of Kenya Biovax Limited,” Kenyatta said.

He directed the Ministry of Health to operationalize the company to ‘form and fill’ and eventual manufacture of a Kenyan vaccine by Easter of 2022. 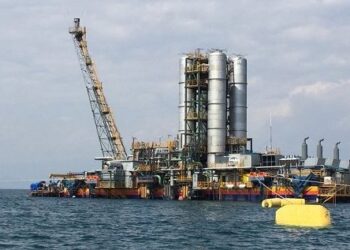