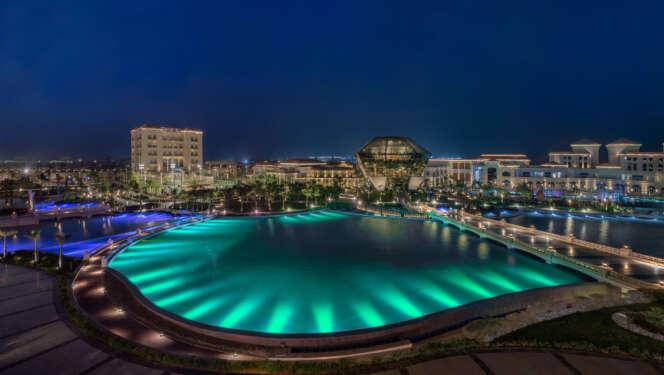 For history lovers, Egypt is a dream destination that to most is rich in culture and a heritage that has transcended most of the world’s famous countries.

Egypt dominated the most visited list in Africa for a long time, until the country’s travel industry took a significant hit over the past decade due to safety concerns and political instability. Despite this downturn, the country has still managed over 11 million people visiting in 2018. The numbers are impressive and there is a possibility that Egypt may reclaim its regal tourism status as Africa’s favourite travel destination.

The country’s attractions include the millennia-old monuments which attract history lovers like a moth to light. There are the Pyramids of Giza as among the key attraction as well as the Sharm El Sheikh coastal resort along the Red Sea. In addition, the Luxor temple and pharaoh’s tombs which date back thousands of years are some other attractions.

Read: EAC has to join hands to ace tourism offerings

In 2019, the North African country registered an impressive 13.6 million visitors placing it second to Morocco as the most visited country in Africa. Expectations were that 2020 would see more visitors exceeding 15 million.

To tap into these tourist numbers, luxury hotel, The St. Regis Almasa which is under the St. Regis Hotels and Resorts which are part of Marriott International has opened its doors in the New Administrative Capital of Egypt.

The St. Regis Almasa, rebranded the Almasa Hotel, is poised to become the best address in the heart of the up-and-coming city, which is slated to be the new face of Cairo and the administrative and financial hub of Egypt.

Egypt’s National Authority for Management and Investment says that The St. Regis Almasa will play a significant role in giving the tourism industry much-needed support and will become the new destination for luxury hospitality in Egypt, playing host to the country’s most coveted events, conferences and summits.

The hotel showcases timeless design and exquisite architecture and offers 270 rooms, 90 suites, 60 apartments and 14 villas, all featuring a private balcony or patio overlooking the pool and surrounding lush green landscape. The hotel’s classic aesthetic blends effortlessly with an elegant palate of rich fabrics to create a refined environment of luxury and comfort. Guests will enjoy the brand’s signature Butler Service, which offers around-the-clock anticipatory service and customizes each guest’s stay according to their tastes and preferences.

It also features The Summit Hall, which is renowned for hosting heads of states, and Teatro Al Asema, a state-of-the-art spectator venue. The hotel is also ideally situated a short distance from Egypt’s ministerial district and the new Arts and Culture hub which is home to the Grand Opera House, Egypt’s Capitals Museum and the Capital Library.

The St. Regis Almasa’s leisure facilities cater to all ages, featuring indoor and outdoor swimming pools and an artificial beach with waves. Guests can escape to the Trio Club House, an exquisite retreat housing a luxurious spa. The spa has eight tranquil treatment rooms offering a range of holistic treatments, a Moroccan Hammam, sauna and steam rooms and a fitness centre with a separate space for ladies and a kids club.

True to the legacy of the iconic brand, The St. Regis Almasa is expected to encompass the hallmarks of the brand such as its rich traditions and rituals to bring to life a complete brand experience over the next few months.

The opening of the hotel is a boost to Egypt’s resilient tourism sector which accounts for more than 12 per cent of the country’s gross domestic product (GDP). The country’s tourism sector is looking at a gradual recovery after the disaster that was the coronavirus in 2020. Revenues plunged nearly 70% to US$4 billion due to the pandemic with tourist numbers plummeting to 3.5 million from 13.1 million in 2019.

To help keep the tourism sector afloat, tourist companies and other businesses have until the end of June for debt interest payments after Egypt’s central bank extended waivers.

In addition, the government has been unveiling new archaeological discoveries in a move aimed at reviving visitor numbers. Also, the Grand Egyptian Museum next to the pyramids is expected to be opened later this year with hopes that it will help the sector recover.

The tourism sector has suffered immensely globally with African most visited countries feeling the heat but Africa still has a chance to benefit from the sector’s growth potential.

Africa is the second-fastest-growing region, after Asia Pacific, when it comes to tourism and policy changes together with increased investments in the sector are making the continent a more attractive destination for tourists.

While domestic travel- in terms of Africans visiting African countries remains limited- it is now getting easier to travel across the vast continent.

According to the Africa Development Bank (AfDB)’s Visa Openness Index for 2019, Africans can now travel to 51 per cent of the continent without a visa. Less than half of the countries in Africa need Africans to have visas to travel now.

Prior to this, it has been easier for North Americans or Europeans to travel around Africa than it has been for Africans themselves.

With such changes, Africa is now getting positioned to benefit more from its own offerings to its own people than has been the case. While many more sectors need to be liberalised to make travel easier across the continent, the visa-free requirements are baby steps that will help the continent achieve its development agenda.

Read: How will the hospitality and tourism industry win the war against COVID-19?