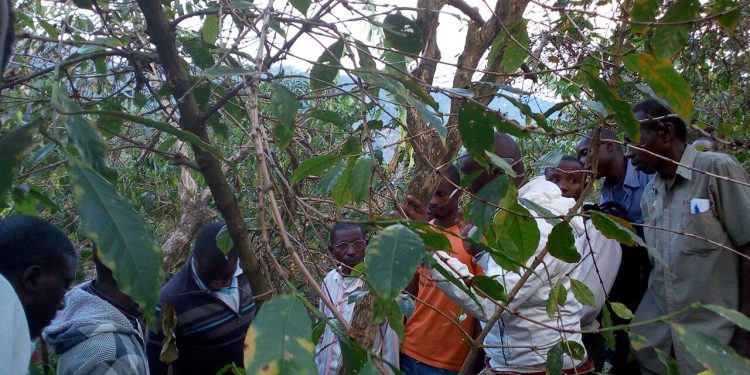 Some coffee farmers from Rwanda undergoing practical training. Rwanda is ready to trade under the AfCFTA. [Photo/Engage BM]

Rwanda is ready for the African Continental Free Trade Area (AfCFTA) as it seeks to increase it exports under the new agreement.

According to the UN Economic Commission for Africa (ECA), the Eastern Africa region is anticipated to generate US$1.8 billion in welfare gains and benefit from over 2 million jobs from the successful implementation of AfCFTA.

Rwanda, which is often referred to as the “Singapore of Africa” is indeed Africa’s rising star and a driver for economic transformation in the region.

To tap into the AfCFTA and the benefits it has to offer, the country’s representatives of the private sector, civil society and government have already held a consultative meeting to discuss Rwanda’s strategy for the implementation of the agreement.

Rwanda’s Permanent Secretary in the Ministry of Trade and Industry, Michel Minega, says that the implementation of AfCFTA is an opportune time for Rwandan businesses to expand while tapping into the rapidly growing markets both within the region and throughout Africa.

For the East African region, the AfCFTA will create exciting opportunities for diversification for all the economies of the region. He stressed that with the Eastern Africa firms exporting more, the region will earn an extra US$ 1.1 billion on the strength of higher exports of processed food, textiles, clothing and light manufacturing.

Andrew Mold, Chief of Regional Integration and the AfCFTA in the ECA Office for Eastern Africa says that Small and Medium-Sized Enterprises (SMEs)which account for 80 per cent of the region’s businesses but which struggle to penetrate foreign markets are also expected to get a major boost by the new trade deal as regional value chains emerge.

The Rwanda National Institute of Statistics states that the country’s export to Africa has increased by around 50 per cent over the last five years, from Rwf 108 billion in 2015 to Rwf 160 billion in 2019. This is before registering a decline following the Covid-19 outbreak in 2020.

Rwanda’s neighbour, the Democratic Republic of Congo accounts for more than 70 per cent of its total exports to Africa over the last five years.

With trading under the AfCFTA commencing on January 1, 2021, Rwanda’s market expands from just a few tens of millions to 1.2 billion people. With the opening of trade borders in the continent through the AfCFTA, Africa’s combined Gross Domestic Product will hit US$2.5 trillion.

Already, more than thirty countries of the 54 who have signed the AfCFTA agreement have thus far ratified it and are full state parties to the agreement. Six of these are in Eastern Africa and include Djibouti, Ethiopia, Kenya, Rwanda, Uganda, and Somalia.

Rwanda is a landlocked country of twelve million people and the country has recorded a strong economic for more than a decade. Official figures show that GDP per capita increased by 5.2 per cent annually between 2005 and 2016. In 2018, the country’s real GDP was a remarkable 7.2 per cent.

Rwanda has become a role model for other African countries and the economic growth has worked well to attract investors to the East African nation.

In 2015, the “Made in Rwanda” programme was introduced by the government to encourage Rwandans to consume locally made products which would help address the country’s trade deficit. Following the campaign launch, exports increased by 69 per cent between 2015 and 2017 showing that the strategy was working. With the success, trade deficit reduced by a third.

And Rwanda is not resting on its laurels having drawn up a National Export Strategy to reduce its reliance on traditional exports like coffee, tea and minerals while increasing the country’s competitiveness abroad.

As the country seeks to grow its economy and attracting financiers, some of the sectors to invest in include education, health services, financial services, agriculture, tourism, real estates and construction, ICT and mining.

Agriculture remains the major economic sector for the people of Rwanda employing about 70 per cent of the total population. The sector contributes about 31 per cent to GDP, and it stands out as one of the most strategic sectors in Rwanda’s development.

It accounts for a more significant part of the foreign exchange earnings from the exports of products, including; coffee, tea, hides and skins, pyrethrum, and horticulture. 75 per cent of Rwanda’s agricultural production comes from smallholder farmers.

About 61 per cent of Rwandan soil is suitable for agriculture as the soils are fertile. Investment opportunities in the sector are in dairy, poultry, meat processing, horticulture, aquaculture, mechanization, crop sourcing, agro-tourism, manufacturing of irrigation equipment and cold chain logistics.

Another big sector to invest in is the real estate sector which Rwanda notes as a potential driver of future economic growth.

So crucial is the sector to the country that it contributed 647 Billion Rwandan Francs to the national GDP in 2019, in 2019/2018. The sector grew by 4 per cent because of sustained expansion in private constructions and public works.

Among the notable opportunities in the real estate and construction sector is the implementation of the Kigali City Master plan that entails a broad vision and guidelines for the entire city, serving as the basis for more specific planning at the District and the Central Business District. It presents the most advanced sustainability in land use, infrastructure, environment, society, and economy.

The target in the Housing sector is a steady annual increase of building on one hand and access to housing mortgages on the other. A second target is to develop new local construction materials and housing typologies. The achievement of these targets will be the backbone for the roll-out of affordable and decent housing countrywide.

The country needs 5.5M (150,000 dwelling units to be constructed annually) to cater for 22M by 2050. These units will start by replacing and upgrading existing informal settlements and densifying existing cities and centres before using the new land. Construction Volume from 2020-2050 will be 4.5M dwelling units.

The annual average construction will have to supply 150,000 Dwelling Units. 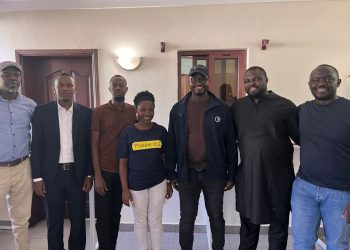 East Africa to become the hotspot for continent's recovery