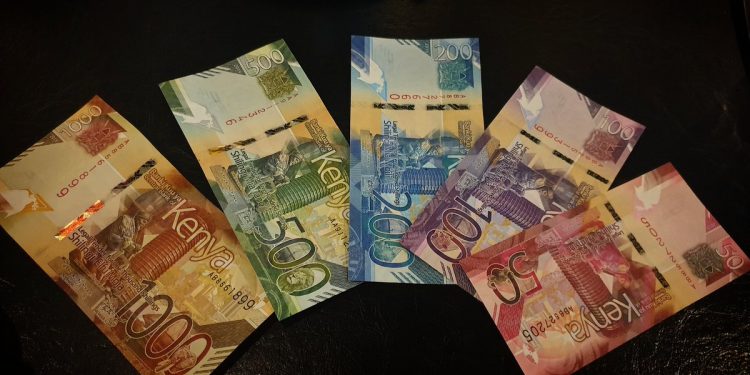 The Kenyan currency. Over 200 local businesses in Kenya have applied for Covid-19 relief loans. [Photo/Eve D'Souza]

Most African currencies have depreciated against the US dollar.

African currencies are feeling the heat as the effects of the covid-19 pandemic continue sweeping across the continent.

All African currencies have depreciated against the US dollar except for the Malawian Kwacha.

In Malawi, the relative stability of the country’s currency is due to the high forex reserves which continue providing a buffer for the Kwacha against exchange shocks.

The International Monetary Fund (IMF) revised the Sub-Saharan Africa (SSA) Regional GDP growth from the 3.2 per cent April projection to 1.6 per cent.

This contraction is due to the continued spread of the virus.

Due to the increased levels of risk, emerging markets have witnessed significant outflows from their bond funds causing a spike in the yield on government-issued Eurobonds especially by African Countries, according to Cytonn H1’2020 Markets review.

Cytonn Investments notes that during the first half of 2020, emerging market bond funds recorded heavy net outflows with the yields increasing as investors dumped risky assets amid the deepening coronavirus crisis.

“However, we saw some recoveries towards the tail end of Q2’2020, attributable to the easing of the lockdown measures in most economies, thus improving investor sentiments. In February 2020, the Government of Ghana launched the sale of a US$ 750 million tranche at a yield of 8.9 per cent and with a tenure of 40-years, the longest dated Eurobond, as part of debt issuance to raise US$ 3.0 billion,” adds Cytonn.

The Ghanaian bond was oversubscribed 5 times attracting US$ 14.0 billion, an indication that investors are still looking for value investments despite the pandemic.

Gabon also issued its maiden US$ 1.0 billion Eurobond in February 2020 with a tenure of 11-years and a coupon rate of 6.6 per cent.

The bond received bids worth US$ 3.5 billion translating to a 3.5 times subscription rate. Gabon is seeking to finance its efforts to diversify exports by venturing into logging and agriculture. This move will reduce the country’s over-dependence on the world demand for manganese and oil thus reducing exposure to the impact of fluctuating crude oil prices.

On currency strength in the SSA, Zambia’s Kwacha depreciated 28.6 per cent against the dollar making it the worst performer. The drop was also due to the low economic productivity given the fall of copper prices and increased imports which continue piling pressure on the currency.

With the decline, Credit Rating Agency Moody’s has flagged Zambia as default risk and downgraded their assessments of the country’s debt in April to Ca from Caa2. Moody’s also revised the country’s outlook from stable to negative.

East Africa’s investment hub, Kenya, has seen the shilling depreciate more than 5 per cent in H’1 2020 to close at 106.5 shillings against the US Dollar.

The change is attributable to the high dollar demand from foreigners exiting the market amidst the pandemic.

Conversely, the Tanzania shilling is performing much better than both the Kenyan and the Ugandan currencies.

Tanzania shilling has only lost 0.8 per cent in 12 months with a drop of 0.9 per cent on a YTD basis.

In comparison, the Kenyan shilling has lost 4.1 per cent to the dollar in 12 months and 5.1 per cent on YTD basis.

Just like Kenya, the Ugandan shilling has lost 0.8 per cent to the dollar in 12 months and 1.6 per cent on YTD basis.

South Africa’s performance has been dipping and the rand has become of the worst-performing currencies in Africa.

The rand has lost 23.1 per cent against the dollar in 12 months and 23.7 per cent on YTD basis while the Nigerian Naira continues struggling.

2020 started out as very promising with Nigeria’s crude oil and gas export sales revenue hitting a record US$ 434.85 million in January.

That was apparently the best the sector would do this year with estimations that the African power house’s oil revenue will decline by US$ 17 billion which is about 80 per cent in 2020.

Oil export volume is projected to fall to 1.3 million barrels per day and for a country whose dependence on oil remains the lifeline, an 80 per cent fall spells doom not only for the sector but the economy as a whole.

An uptick during the crisis is the only hope which could see Nigeria and the other badly hit economies survive the onslaught by the virus.

Read: Will events in Kenya, Uganda and Tanzania, bring financial and political freedom this decade?