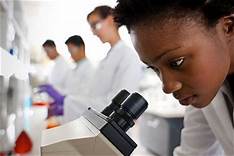 by Giza Mdoe
in Africa, Entrepreneurship
0
Share on FacebookShare on LinkedIn 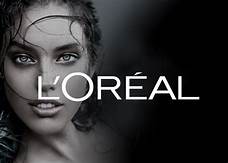 Every year, the L’Oréal Fondation along with UNESCO short lists 20 African women researchers for the academic excellence of their work. The young women then, enter the Sub-Saharan Africa Young Talent Awards For Women in Science.

Sourced from 16 countries, these 15 PhD students and 5 post-doctorates embody, through their backgrounds and research subjects, all the diversity and potential of tomorrow’s African science – L’Oreal.

The shortlisted 20 youth had to fight their way through a maze of nearly 330 applications. The submission were sifted through by a jury that was Chaired by Professor Nelson Torto who is the Executive Director of the African Academy of Sciences.

“They all have in common the excellence of their projects and the desire to contribute to fueling innovation in Africa” he commented.

“They are joining the community of 3,400 women researchers around the world who have been supported by the For Women in Science program since its creation in 1998,” the professor added.

Notably , this year, the awards had some new entrants. For the first time, Young Talents from Congo and Malawi are featured on the list.

This is a great opportunity for the winner because the young women researchers receive financial support, through grants of €10,000 for PhD students and €15,000 for post-doctorates. The grant money serves to assist them to pursue and consolidate their research work.

In her comments, the Executive Vice-President of the Fondation L’Oréal, Alexandra Palt, said: “The need for research by Africans for Africa has never been greater to address the challenges facing the continent. To overcome the current crisis, Africa’s research sector must accelerate its transformation by becoming even more digitally connected and empowering young women who wish to pursue scientific careers.”

It is estimated that over 875 million students worldwide have been affected by the COVID-19-related school closures, with the majority in Sub-Saharan Africa.

ALSO READ: Why Innovation Is Africa’s Most Exciting Story

Also worth noting is the fact that only 2.4% of the world’s researchers are African scientists and of these, only 31% of whom are women. So these Awards play a significant role not only in recognizing and funding young African women scientists, it also plays a key role in encourage more young women to take on the sciences.

Created in 1998 and led by the Foundation L’Oréal in partnership with UNESCO, the ‘For Women in Science’ program aims to improve the representation of women in scientific careers, based on the conviction that the world needs science, and science needs women. Over 22 years, the program has supported and raised the profile of more than 3,400 researchers from 116 countries.