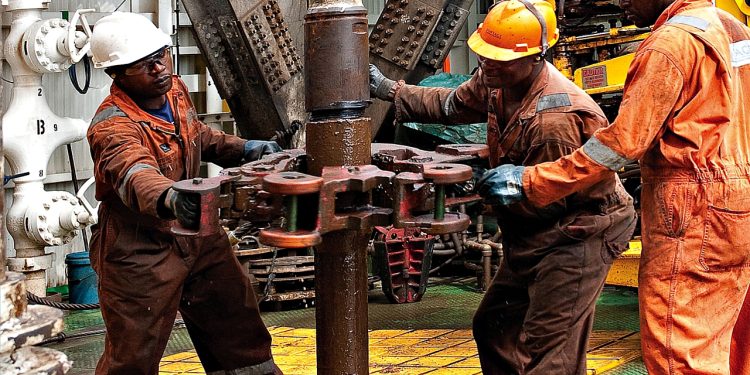 Because of the persistent reliance on Russian oil and natural gas, Europe continues to support Putin's economy - and, indirectly, his war machine – with hundreds of millions of Euros every day in return for oil and gas

Europe’s Energy crisis has been born from the European Union imposing sanctions on Russia. The EU imported 155 billion cubic meters of natural gas from Russia in 2021, accounting for about 40 per cent of total EU gas consumption.

Because of their persistent reliance on Russian oil and natural gas, Europe continues to support Putin’s economy – and, indirectly, his war machine – with hundreds of millions of Euros every day in return for oil and gas. These funds indeed undermine the effectiveness of the EU’s existing sanctions on Russia, even as Europe’s energy crisis persists.

In the bleak weeks after Vladimir Putin began his assault on Ukraine, Europe has finally realized that it must break its dependence on Russian fossil fuels — and quickly.

As a result, the European Commission REPowerEU intends to cut the requirement for Russian gas. Constraints on Russian oil and gas have unavoidably sparked a quest for alternative sources in Africa, the world’s largest unexplored territory. Africa may evolve as the world’s next destination for oil and gas. Its solar and green hydro possibilities as events in Russia and Ukraine raise demand for non-Russian hydrocarbons.

As a result, representatives from European capitals have been scouting the globe for new sources of energy supply — both to meet their urgent demand for gas from any place other than Russia and to accomplish their long-term goal of a green-powered economy.

Ramping up and expanding solar projects in North Africa might eventually replace Russian gas as a provider of energy in Europe. In reality, Russia’s assault on Ukraine might spark an African energy transformation, leapfrogging fossil fuel use in Africa and Europe. It might also invigorate and expand North Africa’s stagnating economy and commercialize massive projects like the Democratic Republic of the Congo’s (DRC) Grand Inga hydropower scheme.

Currently, only two African nations send significant amounts of gas to Europe. Algeria supplied around 8% of EU fuel imports last year, with Nigeria accounting for the remaining 2%. However, with European authorities scurrying to secure energy arrangements, the crisis presents a clear chance to boost exports.

Improved infrastructure is required to increase gas flows from Africa to Europe. Current gas pipelines link Algeria to Italy and Spain. Still, one pipeline that travels via Morocco has been shut down since November due to a political standoff between Rabat and Algiers. Other African gas producers solely export liquefied natural gas (LNG).

That might change if the Trans-Saharan Gas Pipeline is built, transporting gas from Nigeria north via Niger and into Algeria, where it could be re-exported to Europe. As a result, the pipeline’s completion may and should be expedited.

According to Agwu Ojowu, a consultant with Africa Practice, “a segment of the pipeline already under construction in Nigeria is far behind schedule.” Furthermore, the pipeline would be a white elephant except if Nigeria was devoted to developing additional gas reserves. “Even if there was a pipeline linking Nigeria to Europe,” adds Ojowu, “the country lacks the spare capacity to export much more gas to Europe.” This means that more is required to actuate the pipeline’s dream and ambition.

There are indicators that exploration and production may gain traction due to both rising gas prices and Europe’s desire to substitute Russian supplies. Several nations are about to begin licensing procedures. There is a fresh push for exploration, with the appetite to acquire property growing significantly over the last year, even in emerging markets like Sierra Leone, which does not presently produce oil or natural gas.

Additional infrastructure would be required to accommodate solar power flow from North Africa. Once the solar systems are operational, they must be linked, necessitating the expansion of the Mediterranean Electricity Ring project.

More underwater power cables would be required to connect southern Europe to the European power system. Any such export operation would have to be massive — in the billions of dollars. This is because of the high expense of the transmission interconnection infrastructure that would need to be built; a gradual approach is impossible.

Many sections of Africa, particularly North Africa, have excellent solar power generating conditions. Suppose appropriate transmission and energy storage capacity was available. In that case, solar PV installations covering less than 0.5 per cent of the Sahara could meet the total power demand of Europe and Africa combined.

Morocco and Spain’s electrical systems are already linked, implying that solar power is already being transmitted from Africa to Europe. However, the great potential of solar energy in Africa has resulted in several genuinely massive initiatives during the last two decades.

Desertec, a project proposed in 2009 by a group of predominantly German investors, would have comprised a belt of solar and wind farms reaching across the Sahara and the Middle East. These installations would have exported power to Europe for $427 billion.

The program failed after four years, owing to the large expense and complexity of the scheme and technological problems that could not be addressed at the time.

Transmission technology has advanced since then, and the cost of establishing solar farms has decreased. Solar exports from Africa to Europe are “technically viable,” but projects must address project economic concerns. The Ouarzazate Solar Power Station in Morocco, also known as the Noor Power Station, is a successful example of a desert solar plant.

The power would be sent directly to the United Kingdom through the world’s longest transmission line. Meanwhile, Tunisia’s TuNur and Elmed plan to transmit power to Italy through shorter transmission lines.

TuNur believes it would send energy to Italy the following year, while Xlinks claims it will serve the UK by 2027. According to Rothenbusch, BII has “discovered that infrastructure expansion in Africa may be a long process given the number of players involved.”

He ends positively, stating that the Benban Solar Park in Egypt, Africa’s largest existing project, was finished over two years following its financial settlement. “Solar is well-suited to rapid deployment since it is now a well-proven technology with a highly competitive market for components and building services.”

Green hydrogen from huge hydropower dams in Africa is the second alternative in progress. However, it is more ecologically and environmentally contentious. With only 37GW of installed capacity – around 11% of its potential – Africa has the largest untapped hydropower potential globally.

In 2020, the continent will add less than 1GW, compared to 14.5GW in East Asia and the Pacific. The necessity for transmission networks to carry power from dam to customer, such as the proposed Grand Inga system, is the primary cause for limited adoption (potential of 42GW).

The first two dams, Inga l and ll, are complete, and Inga ll is nearing completion. On the other hand, the grander Grand Inga has been in the works since the 1950s. Poor planning, inefficiency, corruption – and the need to install transmission lines across thousands of kilometres to South African and Nigerian markets – have all stymied the megaproject.

Grand Inga becomes commercially viable almost immediately if it exploits its massive electrical production to generate hydrogen at the source and convert iron ore and bauxite resources into steel. The completed goods, green hydrogen and green steel may be delivered by sea to Europe and other destinations.

Before Russia invaded Ukraine, yearly demand for hydrogen was expected to rise from 90 million tons to 140 million tons by 2030, with green hydrogen accounting for 20% of the total.

Europe, particularly Germany, is ravenous for green hydrogen, and opinions on its potential have risen dramatically since the Ukraine incursion. Africa might satisfy a substantial chunk of that need, ultimately giving energy to the Democratic Republic of the Congo, which has one of the world’s lowest rates of power access.

A Grand Inga project built on a hydrogen future and green steel may transform a white elephant project into a reality, with enormous benefits for an area endowed with some of the world’s biggest mineral deposits. Many of these minerals are critical for the global transition to renewable energy, particularly for battery manufacture.

Although it will be difficult for the EU to lessen its reliance on Russian gas, Africa has the potential to reduce Europe’s energy crisis caused by Russia. It might also assist the world economy move to renewables more quickly and utilize that chance to boost its growth and direct transition to renewable energy.

Kenya elections 2022 to decide the fate of East Africa's economy

African Startup League: Competition for funding over 10,000 startups every year