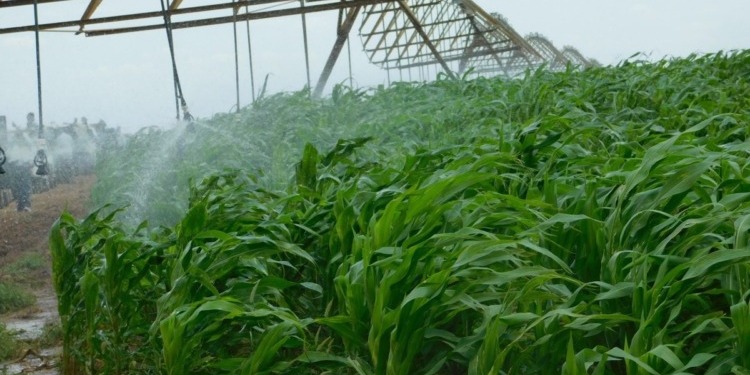 Mechanisation is not limited to tractors since it also includes irrigation systems, food processing and other related technologies which improve productivity along the agricultural production chain.

By 2050, Africa’s population is expected to double putting unprecedented pressure on food security which the continent has continually struggled with for decades.

As one way of ensuring that the burgeoning population does not starve, there is a sustained appeal that Africa must embrace modern technology to increase productivity in its farms. The interesting thing and an undeniable fact is that despite this need for mechanisation, most of Africa is fed by smallholder farmers who produce more than 70 per cent of the continent’s food.

To achieve this, the millions of smallholder farmers always engage in backbreaking physical labour which does not necessarily translate into more productivity. Women are the major labour providers on these farms where food production involves the hoe more than it does mechanised labour.

What is noteworthy is that mechanisation is not limited to tractors since it also includes irrigation systems, food processing and other related technologies which improve productivity along the agricultural production chain.

Mechanisation includes using tractors which could be animal-powered, human-powered implements and tools or those with internal combustion engines. Others could be electric motor powered or solar-powered.

In East Africa, Kenya which is the region’s investment hub has come up with a mechanisation policy that is meant to catapult the country’s food sector as its food demand grows in tandem with population growth.

For decades, agriculture has been the backbone of Kenya’s economy and to date it remains one of the most important sectors in the country’s economy, contributing approximately 26 per cent of the Gross Domestic Product (GDP).

The sector rakes in 60 per cent of Kenya’s export earnings and employs 75 per cent of the national labour force. The National Agricultural Mechanisation Policy 2021 by the Ministry of Agriculture, Livestock, Fisheries and Cooperatives notes that over 80 per cent of the Kenyan population lives in rural areas deriving its livelihoods directly or indirectly from agriculture.

As such, the policy notes, the development of agriculture is also important for poverty reduction since most of the vulnerable groups including pastoralists, landless, and subsistence farmers depend on agriculture as their main source of livelihoods.

Due to its importance, the agricultural sector’s performance directly impacts the whole economy.

It remains a key driver towards the realization of a 10 per cent economic growth annually as envisioned in Kenya’s Vision 2030 and Sustainable Development Goal No. 1 and 2 with respect to reduction of extreme poverty and hunger.

The policy notes the shortfall in mechanising agriculture despite it being vital for agricultural production. As it is, most farming communities lack machines to undertake their operations efficiently and effectively. Currently, the use of motorized power stands at 30 per cent, hand and animal draught power (ADP) at 50 per cent and 20 per cent respectively as at 2017. This is against the target of 50 per cent of motorized power as per the Kenya Vision 2030 blueprint.

The policy sets out goals and directions for present and future development and management of mechanisation in the country.

Kenya’s agricultural production consists of crops, livestock and fisheries all of which require mechanisation to increase productivity. The systems consist of small, medium and large-scale farms averaging 0.5 to 5, 5 to 100, and over 100 hectares.

The country has approximately 4.5 million small-scale farmers, including 3.5 million crop farmers, 600,000 livestock farmers and 130,000 fisher folks. These farmers are in the high and medium rainfall areas that produce over 75 per cent of agricultural production.

Large-scale farmers usually own specialized and custom-built equipment and keep up with recent technological advancements. Those in the medium-scale farming system mostly hire machinery while for small-scale farmers, mechanisation is limited to a few farm operations like land preparation. Other operations are done manually. Private service providers offer mechanisation services for small scale farmers where the use of machinery is very low in relation to the medium and large-scale agricultural production systems.

A report by the Malabo Montpellier Panel published in July 2018 shows that more needs to be done to meet the continent’s future food demands while accelerating agricultural growth and transformation.