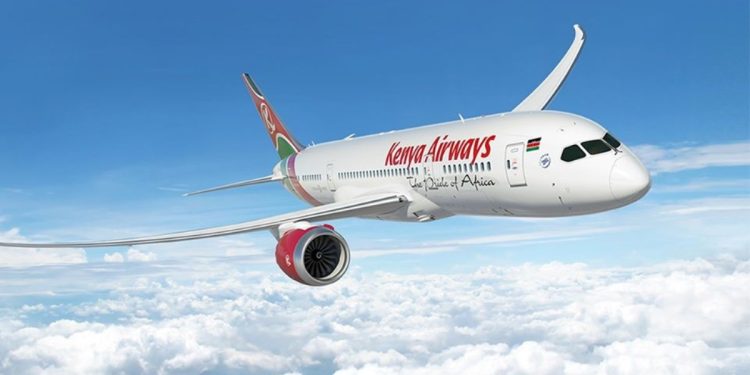 All airlines within East Africa will fly across the region without restrictions as Kenya and other partners pilot an open skies policy.

by Kiptoo Kosgei
in Industry and Trade
0
Share on FacebookShare on LinkedIn
All airlines within East Africa will fly across the region without restrictions as Kenya and other partners pilot an open skies policy. The policy will allow foreign airlines to easily access national airports to boost tourism and develop the East African Community (EAC) as a potential regional hub.
Maureen Kahonge, the business development and communications senior manager at the African Airlines Association (AFRAA) said they chose EAC because its states were already in talks to harmonise various policies on taxation.

“We want to look on now going into the aspect of air transport liberalisation,” said Kahonge, as quoted by Daily Nation.

The EAC comprises Kenya, Uganda, Tanzania, Rwanda, South Sudan, Burundi and the Democratic Republic of Congo. The DRC is set to deposit its instruments of ratification by September 29, 2022, with the region’s secretary-general Peter Mathuki.
In early July, aviation stakeholders in Africa resorted to testing the opening up of African skies during a conference held in Nairobi. They said the policy will increase traffic, reduce ticket prices and grow business in the region.

Intra-Africa air connectivity still remains low, with African airlines accounting for 1.9 per cent of global traffic in 2021, down from 3.5 per cent in the 1980s. To grow business and increase income, players in the industry in the continent are working towards developing a Single Africa Air Transport Market (SAATM).
The development of SAATM has been on the table for over two decades, but some African states have been reluctant to open their skies, leaving them struggling. According to AFRAA, many African countries have imposed restrictions on their skies, making it difficult for airlines to operate across the region. This is despite the fact that 45 member states agreed to implement SAATM in 2018.

AFRAA secretary-general Abderahmane Berthe noted that most countries deny airlines the right to carry passengers between destinations outside their home country, a denial of the fifth freedom.

“Many times, some states are not authorising this fifth freedom. And even for the third and fourth, which are bilateral, sometimes there are restrictions in terms of the number of flights,” Berthe said.

After bringing air transport providers together, the association intends to open discussions of contentious issues hoping that restrictions will be removed altogether. Airlines in Africa have been operating on a bilateral basis even as their competitors in other parts of the world liberalise their skies and hence rake in more profits.
AFRAA expects SAATM to be implemented by 2025 so as to cut losses. The association predicts that African airlines will lose US$4.1 billion in revenues in 2022. In 2020 and 2021, amid the COVID-19 pandemic, they lost US$18.9 billion.
As of May 2022, the aviation sector in Africa had shown signs of recovery, with passenger capacity increasing slightly to 76 per cent from 74 per cent in 2019.

“We can see that business and leisure travels are re-starting and even in some airports across Africa passenger congestions are being witnessed, with flights delayed because there are a lot of passengers and flights. It’s good to see the industry recovering,” Berthe added.

The main challenge facing recovery efforts is worker shortage. This was after most airlines sent home thousands of employees during the COVID-19 pandemic period to stay afloat.
During the period, the sector lost half of its workforce. For them to be employed again, they must receive certification, which takes time.

“Most of the people laid off founded businesses in other sectors and they don’t want to come back to the airline industry and others found new jobs,” AFRAA stated.

READ: Ethiopia: Tewolde Gebremariam, The man behind the success of Ethiopian Airlines