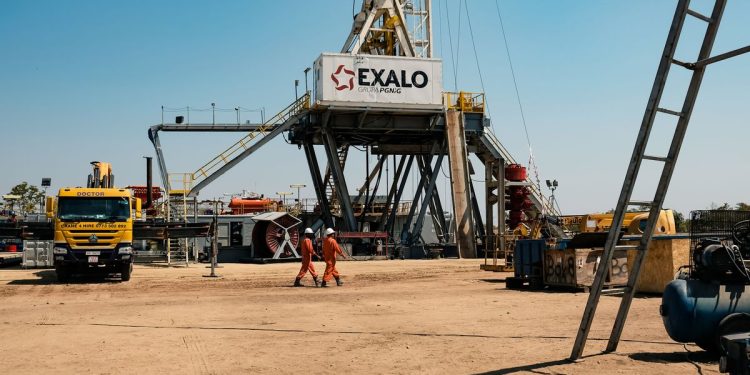 Australia-based Invictus Energy plans to start drilling its first exploration well for oil and gas in Cabora Bassa location in the northern part of Zimbabwe by early September.

Invictus is an independent upstream oil and gas company headquartered and listed on the Australian Securities Exchange with offices in Harare. The company has been prospecting for oil and gas deposits for the past four years in the Cabora Bassa and Zambezi basins.

The first well, Mukuyu-1, situated in the Muzarabani-Mbire area, will be 3.5 kilometres (km) deep at the cost of US$16 million, said Paul Chimbodza, managing director of the Australian company’s local subsidiary Geo Associates.

Read: Zimbabwe Discovers Prospects of Oil and gas in Muzarabani

Mukuyu is part of the Cabora Bassa project in Zimbabwe, which is 80 per cent owned and operated by Invictus through its interest in Geo Associates.

Exploration drilling of the first well will take eight weeks, following which another 1.5 km hole will be sunk.

“All things being equal, we will start (at the) end of this month or first week of September,” Chimbodza told journalists at a media tour of the rig site.

Chimbodza said the drilling phase is to ascertain resource availability and the quality of the deposits. He said there had been some delays to the project due to logistical issues without giving details but said these had not caused serious problems.

Due to delays in the release of necessary papers, EXALO #202, the oil and gas drilling rig that was scheduled to begin critical test well drilling at Invictus Energy’s Muzarabani oilfields, had been stalled in Tanzania.

In 2016, Zimbabwe exported US$19,400 worth of petroleum gas and imported US$33.2m in 2020, primarily from South Africa (US$25.7m), highlighting its reliance on foreign gas. The Cabora Bassa oil and gas success is expected to reduce gas imports.

“If we’re successful, this project will be transformational, a game-changer for Zimbabwe,” said Joe Mtizwa, vice chairman of Invictus Energy.

The exploration will be executed by Invictus’ subsidiary Geo Associates (Pvt) Ltd and SWFZ after an agreement for the exploration rights to Exclusive Prospecting Orders (EPOs) 1848 and 1849.

According to Invictus Energy, EPOs 1848 and 1849 are contiguous to the Company’s current SG 4571 licence, with the newly combined area covering the entire conventional oil and gas play fairway in the Cabora Bassa Basin.

The Assignment confers all exploration rights and obligations for EPOs 1848 and 1849 from SWFZ to Geo Associates and conversion to a Special Grant upon application following a commercial discovery. The SWFZ will be entitled to a 10 per cent back-in right within six months of an announcement of Final Investment Decision to develop any commercial discovery.

The Assignment follows the gazettal of the EPOs and Heads of Agreement with the SWFZ, where the Parties agreed to collaborate in exploration for oil and gas within RA MSC003 Cabora Bassa South.

The merger with SWFZ was welcomed by Invictus managing director Scott Macmillan, who noted that the possibility of future large-scale finds inside the basin was provided by the bilateral agreement.

“We are extremely pleased to have concluded the assignment agreement with the Sovereign Wealth Fund of Zimbabwe to expand our exploration footprint in the Cabora Bassa basin,” said Macmillan.

“The combined Exploration Licenses provide us with a basin master position encompassing the entire conventional oil and gas play fairway and running room in the basin,” he added.

“We are grateful for the constructive efforts by the Zimbabwe Government to conclude the amendments to the Petroleum Act to facilitate the signing of the Petroleum Production Sharing Agreement (PPSA).

“The PPSA will provide a robust framework to facilitate long-term investment in the oil and gas sector, ensuring the country derives its fair share of any discovered resources.

“We are excited to confirm Baobab-1 as the second well to be drilled in our basin opening exploration program, which will target the newly identified basin margin play, displaying similar characteristics to the prolific East Africa Rift “String of Pearls” play.”

Meanwhile, environmentalists are concerned that pipeline construction will cause forced displacement and harm vegetation and animal habitats.

“When the project gets into full swing, we expect serious environmental damage,” said Farai Maguwu, the Centre for Natural Resource Governance founder.

The renewal will be valid until July 2023 and permits the company, which owns 80 per cent of the project, to operate in accordance with Part XI of the Environmental Management Act.

Additionally, the renewal concludes the permitting requirements and enables the company to undertake activities in the field, including seismic acquisition and exploration drilling.

Managing Director Scott Macmillan commented that the company is pleased to receive the renewal.

“The EIA survey conducted by SIRDC has been one of the most comprehensive surveys undertaken for an exploration project in the country, and we thank them for their thorough and professional work,” he said.

As governments around the world work to phase out outdated coal generation, there is an increase in the demand for natural gas in Africa.

Gas will be essential in offering a more economical and environmentally friendly alternative to base-load energy generation.

Kenya: Equity posts 36% rise in half year profit supported by growth of loans