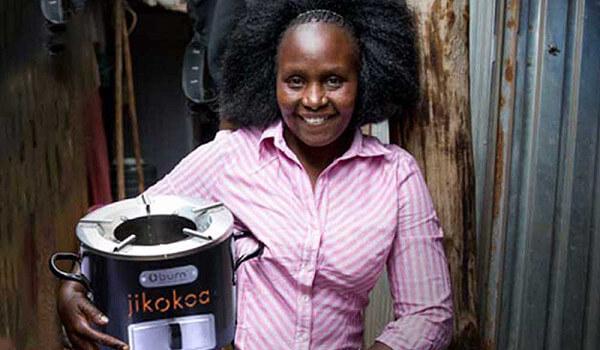 This certification was awarded to BURN Manufacturing after a 12-month assessment of its business processes across all of its core departments by the world's leading certification company, SGS United Kingdom Ltd.

BURN Manufacturing, an American LLC, based in Nairobi, Kenya, has been awarded the ISO 9001:2015 certification for its implementation of the internationally recognised quality management system.

By being awarded the ISO: 9001:2015 certification, the international designer and cookstoves manufacturer demonstrates the company’s dedication to providing consistently high-quality products and constantly improving its design, manufacturing, and distribution processes to increase customer satisfaction with those processes and the company’s products.

This certification was awarded to BURN Manufacturing after a 12-month assessment of its business processes across all of its core departments by the world’s leading certification company, SGS United Kingdom Ltd.

BURN Manufacturing joins the ranks of more than one million companies and organisations located in 170 different countries that have been certified by the International Standards Organization (ISO).

In his remarks on the accomplishment, the Chief Executive Officer of BURN Manufacturing, Peter Scott, expressed his delight regarding the certification.
He stated, “As BURN moves to grow into ten new markets across East and West Africa, this certification provides our consumers with another reason to believe that our cookstoves are designed and produced to the highest international quality standards.”

BURN is the only factory in all of sub-Saharan Africa that is vertically integrated and produces advanced solar-powered cookstoves.

Their stoves have positively impacted the lives of more than 8 million people, helped save more than 5.8 million tonnes of wood, and significantly reduced carbon dioxide (CO2) emissions, all while assisting users to save over US$400 million in household fuel costs. BURN has more than 400 employees across Africa, of which 50 per cent are women.

BURN has established operations in seven African nations and intends to grow to three additional regions this year.

The company claims to be Africa’s industry leader in biomass, electric, hybrid, and liquid fuel cooking equipment.
Their products are designed, manufactured, and distributed across the continent. The company’s boost of producing quality cookstoves that their help consumers save money, fuel, and natural resources, but they also significantly reduce dangerous indoor smoke emissions, which can cause significant health problems or even result in death.

BURN has established itself as Africa’s cookstove brand because of its unwavering commitment to innovative research and design, manufacturing excellence, and customer care. Since it began manufacturing operations in 2013, they have sold more than 1.2 million stoves.

BURN is now the only firm in Sub-Saharan Africa that manufactures modern cookstoves and is vertically integrated, producing over 45,000 stoves per month.

The 2018 Bloomberg New Energy Pioneers Award recognised BURN as one of the world’s leaders in developing clean energy solutions.

US Chamber, CCA partner to support Africa Business Forum ahead of summit