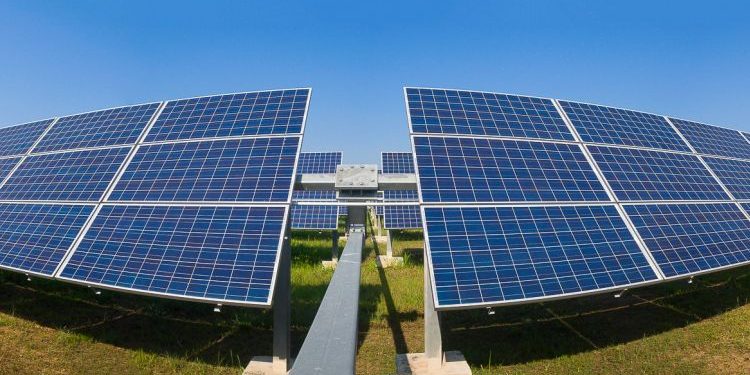 Chinese firm to develop the largest solar plant in Uganda

According to the Chinese company, the 500 MW project will be constructed in two phases at an estimate of $500 million.

According to the Chinese company, the 500 MW project will be constructed in two phases at an estimate of $500 million.

For the 500 MW photovoltaic power generation project, Gezhouba International Company will be required to design, procure, construct and perform trials.

According to the statement, subsequent formal commercial contract agreement will determine the specific scope of work, contract amount and time limit of performance of the project. The contract term is expected to last three years.

This is despite Uganda’s power surplus with a generation capacity of about 1,250 MW but only 670 MW peak demand.

Mr Barry Dyson, power sector lead at Cities and Infrastructure for Growth, said Uganda needs diversification despite the power surplus, so solar power is relevant, especially if it is in areas that are not connected to the grid.

“Uganda needs diversification if customers to take the power are around to make the economics viable. The decider is the price of power at the fence as well as the cost of capital,” he noted.

Uganda is struggling to lower tariffs despite the growing power surplus generated by expensive dams which strain the country with capacity payments.

For renewable projects, the average rate of return is 12 to 20 per cent. Data from Uganda’s Electricity Regulatory Authority indicates that Uganda has four grid-connected solar photovoltaic plants with a capacity of 50 MW.