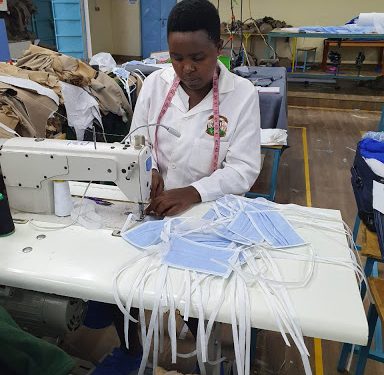 If successful, Africa’s manufacturing sector is predicted to double in size, with annual output increasing from $500 billion in 2015 to $1 trillion in 2025

At the height of Kenya’s former president Daniel arap Moi’s rule, an idea was conceived that Kenya would stop over-reliance on foreign imports especially motor vehicles and instead develop local capacity to the manufacturing of cars. In the idea, Moi set up Nyayo Motor Corporation, a state-backed entity that was granted the task of developing Kenya’s first made car. As fate would have it, the development of Nyayo Pioneer car flopped and the idea was abandoned.

A state-backed ego and poor planning, disregard of engineering, poor funding and poor workmanship are some of the reasons that are blamed for the collapse of President Moi’s pet project.  What has followed over the decades is a dramatic collapse of almost all industries in the country especially those that had state backing. These included the clothing and apparel industries, food and beverage processing companies, as well as engineering projects and left everything into the hands of small to medium craft-makers.

East Africa Industrial Production Index has remained on a negative level for many years with the only companies pushing forward with any industrial growth being food and fast-moving goods producers mainly private companies. The manufacturing industry’s contribution to the regional GDP currently stands at an average of 9.7%.

By far, Kenya has had the largest share of production with century-long companies like East African Breweries, Unilever, Chandaria Industries and General Motors being household names across the region.

Africa lags far behind the rest of the world, even among developing countries in terms of industrial development—manufacturing value added (MVA) and manufacturing exports. In 2017, sub-Saharan Africa’s MVA was only about $145 billion dollars.

All was going slow and steady until Coronavirus (COVID-19) knocked on the door. Drained of any available masks and protective clothing for health workers, Africa has been forced to innovate. For example in Kenya, within days of the emergence of the disease, the country mobilized its resources and was able to release huge amounts of ethanol, a key ingredient in the manufacture of hand sanitizers.

What has followed is companies coming up with industrial lines to develop sanitizers with the demand rising every day. Equally, sewing machines that have been idle for a long time have come back to life producing vital masks, Personal Protective Equipment (PPEs) and gloves.

One such initiative is the Kitui face mask assembly plant, an entity run and managed by the Kitui County government. It has the capacity to produce 30,000 surgical masks a day, against the backdrop of demand of 15 million high-quality surgical masks in the country. Other producers including the Kenya National Youth Service, a government entity is producing similar amounts while private companies race to join the mix.

Others, mainly university-led initiatives are producing PPEs for health workers. These include Moi University’s Rivatex, the Kenya Industrial Research and Development Institute and Dedan Kimathi University of Science and Technology.  Uganda is also in the race to provide essential material with the Uganda Defense Forces meeting the gap. The National Enterprise Corporation, the army’s business arm, will supply one million surgical masks and 50,000 N95 masks.

Kenya has also noted that its hospitals, especially intensive care units (ICUs) are poorly equipped with vital equipment. According to Betty Maina, the Cabinet Secretary in charge of Industrialization, Kenya already has capacity enough to produce any number of ventilators needed for local hospitals.

“These innovations need to be encouraged even after the pandemic. Kenyan manufacturers should compete in the regional and global markets,” Ms. Maina said.

Currently, Kenya urgently needs at least 1,511 ICU beds and 1,609 ventilators to care for a possible one million Covid-19 cases.

“Kenya Association of Manufacturers’ automotive sector is tapping into home-grown talent and expertise to develop ventilators that can be produced at short notice for our hospitals. Uptake of these products will spur local innovations while providing a ready market for locally sourced raw materials,” notes the CS.

This is replicated all over the continent as nations reactivate their manufacturing sector to meet rising demand. China, the major exporter of finished goods was initially hard hit by the Coronavirus and since it returned to business, global demand has ensured priority is for the better-paying markets in Europe and America.

In 2018, 44 countries signed the African Continental Free Trade Area (AfCFTA) at an extraordinary summit in Kigali. There are now 54 signatories. The agreement will create a tariff-free economic environment to spur business growth, boost intra-continental trade, spark industrialization, and create jobs.

According to Ibrahim Assane Mayaki, former Prime Minister of Niger, and the CEO of the African Union Development Agency (AUDA-NEPAD), Africa has no choice but to rely on its own resilience, strengths, and agility, rather than hoping for external salvation, to mitigate the impact of the coming crisis and prepare for the next cycle of globalization.

The Economic Commission for Africa (ECA) estimates that losses in export earnings are expected to reach $101 billion, including $65 billion for oil-producing countries. However, with the rise of manufacturing, the effects are projected to be less stressful to the continent.

Business-to-business spending in manufacturing in Africa is projected to reach $666.3 billion by 2030, $201.28 billion more than that it did in 2015 according to Brookings Institute. The proposed AfCFTA is key to this strategy. It creates a single continental market for goods and services as well as a customs union with free movement of capital and business travelers. The AfCFTA will accelerate continental integration. By promoting intra-African trade, the AfCFTA will also foster a more competitive manufacturing sector and promote economic diversification.

If successful, Africa’s manufacturing sector is predicted to double in size, with annual output increasing from $500 billion in 2015 to $1trillion in 2025 and creating an additional 14 million stable, well-paid jobs.

Read also:COVID-19’s effect on the construction market in East Africa(Opens in a new browser tab)