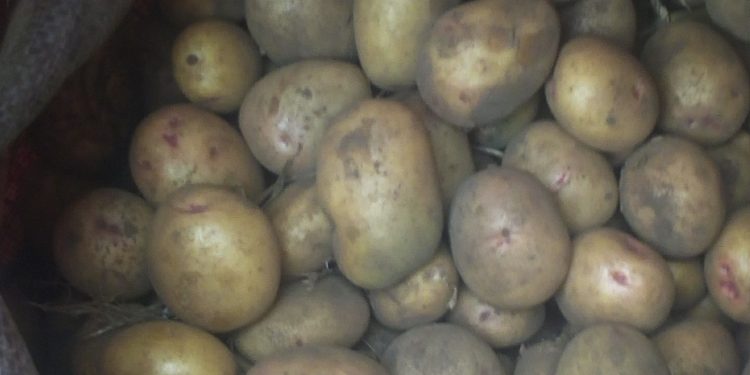 Potatos. The EAC has launched the Jumuiya Potato Platform. [Photo/Traders of Africa]

The Jumuiya Potato Platform has now been formalized under a Public-Private Partnership structure to enable sustainable research, innovation and free trade right from the potato seed.

The East African Community (EAC) and the East African Business Council (EABC) with support from the German Development Agency (GIZ), have launched an EAC potato value-chain platform to be known as the “Jumuiya Potato Platform”.

This platform aims to harness the potential of the potato value chain in the region to enable proper production and commercialization of the food crop on the realization that it is one of the key agricultural produce traded and consumed widely.  Over 2.2 million farmers across the EAC partner states earn their living from the potato sector.

The Jumuiya Potato Platform has now been formalized under a Public-Private Partnership structure to enable sustainable research, innovation and free trade right from the potato seed.

The Potato Platform has been arrived at after a series of engagements between stakeholders representing national governments on the public front, farmers and traders on the private side with guidance from the EAC Secretariat and the EABC. Facilitated by GIZ, the stakeholders launched Jumuiya Potato Platform after a two-day regional meeting held in Kampala.

Speaking at the meeting chaired by Dr. Irene Musebe of MEACA Kenya, the EAC Director of Productive Sector Jean Baptiste Havugimana noted that this initiative will go a long way in scaling up the production and marketing of potatos which is currently cultivated on slightly over 400,000 hectares.

“We need to harness the potential of the potato sub-sector to fight poverty but also ensure food security right from producing our own potato seed which is largely imported from Europe,” said Havugimana.

John Bosco Kalisa, EABC CEO who was the chief guest presented a key-note address on the competitiveness of regional value chains. He appealed to both the public and private sectors to work together towards having policies that will promote the sub-sector and see that it overcomes challenges like post-harvest losses which are estimated at US$240M per year. He urged the elected leaders of the Jumuiya Potato Platform to advocate for ease of trade of potatoes and integrate the value chains in the sector.

“While cross-border trade can be a major challenge in practice, the Jumuiya Potato Platform should facilitate the flow of technical and market-related information so that regulations are harmonized to favour better standards and prices in the interest of the farmers and consumers.”