According to a report by United Nations Conference on Trade and Development (UNCTAD) onpromoting cotton by-products in Eastern and Southern Africa, the crop remains important in Africa, especially for cotton-producing countries such as Uganda, Zambia and Zimbabwe.

by Kawira Mutisya
in Industry and Trade
0 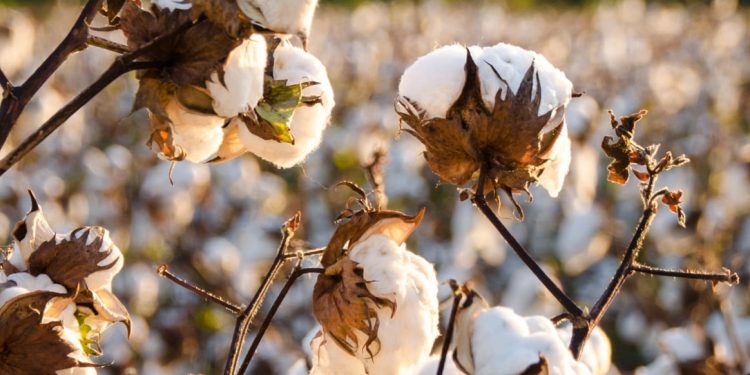 Last August, Uganda completed the development of a strategy for its cotton, textiles and apparels sector.

The strategy was aimed at generating 50,000 jobs as well as US$650 million additional revenue over eight years. The Uganda event preceded the move by the East African Community (EAC) Council of Ministers who in December approved the crucial Cotton, Textile and Apparels Strategy in which emphasis has been placed on agriculture specifically in 12 enterprises namely cotton, coffee, tea, maize, rice, cassava, beans, fish, beef, milk, citrus and bananas along the value chains.

According to a report by United Nations Conference on Trade and Development (UNCTAD) on promoting cotton by-products in Eastern and Southern Africa, the crop remains important in Africa, especially for cotton-producing countries such as Uganda, Zambia and Zimbabwe.

“Value addition for crops like cotton can yield yarn, garments and apparel, edible oil processing, soap production and animal feed which stimulate growth of other industries and the cotton sub-sector growth,” states the Ugandan government strategy in part.

In Uganda, the cotton value chain employs a total of 2.5 million people, directly and indirectly, in the production and marketing of its primary products, such as textiles and garments, as well as its by-products, such as soap, edible oil and animal feed (Lugojja 2017).

The cotton value chain contributes about US$31.6 million to the Ugandan economy. Uganda’s cotton is mostly grown by small-holder farmers in the country’s east and northern regions and is highly favoured for its organic quality. The government often distributes cotton seedlings to Ugandan farmers in a bid to increase cotton production in the country.

TheEAC cotton, textile and apparels strategy was in an effort to promote the textiles and apparels sector in East Africa.  To kick-start the scheme, the Ministers directed Partner States to encourage sustainable procurement of all institutional uniforms, beddings, draperies by state institutions from textiles and fabric industries the region.

However, numerous opportunities in the sector could be taken advantage of to grow the industry though various value chains.

According to the African Development Bank (AfDB), the textile and clothing industry presents a lot of potential for value added benefits and job creation. It is estimated that up to 600% of value can be created along the cotton value chain: from cotton production, spinning and twisting into yarn, to weaving and knitting into fabric, followed by dying, printing and designing.

“The fashion industry is a very profitable sector, from production to marketing, and additional jobs and wealth can be created every step of the way. Furthermore, this industry is composed of a majority of micro, small and medium enterprises (MSMEs), which can rapidly generate decent jobs —both skilled and unskilled —especially for youth and women,” declared the AfDB in a statement.

According to UNIDO, in communities across the world, women have protected and nurtured rich cultural value and traditional designs. Investing in developing their skills to generate revenue in these areas leads to greater economic productivity and independence with social and political benefits for their communities. Since women are actively engaged throughout the fashion value chain, we see great potential for economic empowerment in rural areas as well as in urban centers.

Demand for African textiles and garments are skyrocketing globally, and African patterns are gaining recognition as truly fashionable and iconic pieces. International fashion houses are integrating more and more African influences in their latest collections.

Ethiopia is a great example; with the objective of generating US$30 billion in export revenue from the textile apparel and accessories (TA&A) sector by 2030, the country is investing in industrial parks to accelerate textile production and the country’s productivity as well as developing a heavy industry that will allow its full industrialization by 2025. According to the AfDB’sFashonomics Africa Report, almost 80 per cent of workers employed in Ethiopia’s apparel sector are women. In addition, the garment sector has been growing in South Africa, Mauritius, Madagascar and across North African countries – but much of the rest of the continent has a long way to go.

“The Bank is working through targeted approaches to foster value chain development. Consider Madagascar, where the Bank invested about US$10 million to support the textile industry through the Investment Promotion Support Project. This project includes a US$2 million dollar textile sector promotion support fund that provides technical assistance to 50 MSMEs (40 per cent led by women) for building organizational capacity and to improve basic processes and technologies,” said Director of the Gender, Women and Civil Society Department at the AfDB,Vanessa Moungar.

“In this context, the Bank is also rolling out its Fashionomics Africa initiative. Already active in Cote d’Ivoire, Nigeria, South Africa and Kenya, Fashionomics Africa is a pan-African program that aims to strengthen the value chain of the fashion sector by investing in the African textiles, apparel and accessories industry and raising its profile on the international stage,” added Emanuela Gregorio, Economist – Gender and Innovation at AfDB.

Several studies have revealed that there are many opportunities to systematically develop the cotton by-product value chains in the three project countries. For example:population growth steadily increases demand for necessities like edible oil,fuel and absorbent cotton products; widespread dependence on charcoal represents an opportunity for cleaner, more efficient biomass fuels; and a vibrant livestock sector demands seed meal for feed.

Furthermore,governments prioritize cotton as a key crop for textile industry development,job creation and economic development. However, the cotton value chain has not realized its full potential. Therefore, further investment and policy support is needed to tackle the various challenges that may hinder the development of the by-product value chains.