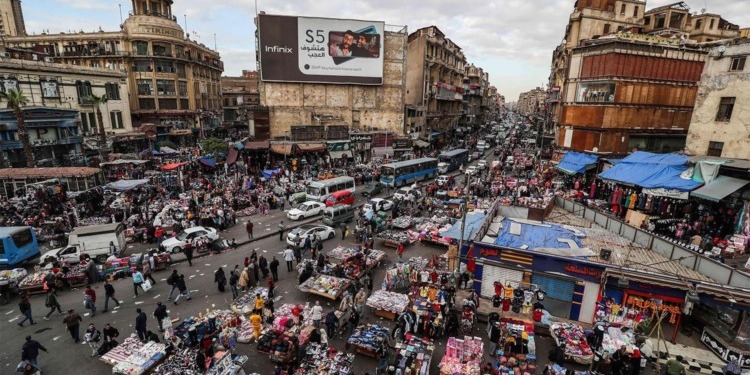 A market in Egypt. Egypt is partnering with the EAC to improve trade relationship. [Photo/ Middle East Online]

The African Continental Free Trade Area (AfCFTA) sets to eliminate up to 90 per cent of tariffs on the continent that has remained economically fragmented inhibiting efficiency and constraining economic growth.

Through the agreement, trade in the region is set to increase by 15 per cent to 25 per cent in the medium term, according to the African Development Bank.

The FTA forms a foundation for Africa to become a competitive continental market that can serve as a hub for global business.

Read: Saccos key to achieving targets under the Vision 2030

AfCFTA is set to transform the continent into the world’s largest free trade area since the establishment of the World Trade Organization in 1994. This means that the continent is primed for unprecedented growth with the opening up of the economic and trade boundaries that have for long stymied intra-African trade.

The agreement is set to improve what is already becoming the norm in trade on the continent since over the past few years, intra-African trade has more than doubled. However, even with the opening up, the continent still lags far behind other regions of the world at just 18 per cent of trade within itself.

On the brighter side, this trade potential could double if African countries address challenges in infrastructure and corruption which have continually hampered the ‘Africa rising’ narrative.

By making Africa the world’s largest trade area, the AfCFTA is expected to further improve Africa’s bargaining power with the rest of the world. This is with regard to the quality of goods produced as well as market entry of imported goods.

First to tap into the potential that the AfCFTA offers is Egypt, one of Africa’s economic heavyweights.

With the knowledge that the AfCFTA could add at least 32 new trade partners to Egypt and help diversify and upgrade the country’s economy, Egypt is positioning itself to fully benefit from the trade agreement.

The country of 100 million needs to update its policy approach for economic transformation, according to the country’s Production Transformation Policy Review (PTPR) released by the Organisation for Economic Co-operation and Development (OECD) in July 2021.

Egypt is not an economic heavyweight for nothing.

The fast-growing economy is increasingly attracting international investors, who are choosing Egypt to produce for the African continent and the Middle East.

In the three years between 2017 and 2020, Egypt registered the highest percentage of foreign direct investment (FDI) on the continent. The FDI was in electronics and electrical manufacturing in Africa (21 per cent of the total number of projects), and the second-highest of knowledge-intensive ones (14 per cent ), according to the OECD report.

What remains a limiting aspect to Egypt’s economic growth is that the country still trades little with other African economies. The country has only 15 per cent of its goods exported and traded on the continent.

But, Egypt is not resting easy.

With the country recording the first Covid-19 case on the continent, Egypt has been quick to mitigate the economic effects of the pandemic. In 2020, the recovery package mobilised by the government accounted for 1.9 per cent of Egypt’s GDP. This included tax breaks, loan repayment deferrals and subsidized credit to firms.

Prior to the pandemic and since 2017, Egypt has been reforming its governance and regulatory framework to attract investment, foster trade and digitalisation in firms.

The OECD report notes that among the country’s key reforms carried out, the implementation of an online platform to speed up customs processes—the national single window in 2021—stands out.

Towards improving quality, Egypt established the National Food Safety Authority in 2017 underscoring the country’s commitment to invest in raising excellence.

With technological advancement, the country has become one of Africa’s top hubs for start-ups, accounting for 14 per cent of the continent’s start-ups and 10.5 per cent of its venture capital.

The challenge remains, though, in that Egypt is still relying predominantly on traditional tools towards supporting industrialisation, including special economic zones.

The report notes that Egypt should continue implementing effective reforms for more economic progress. Three actions that could be the game-changers in the current context which has a vast array of agenda are:

Malaysia and Italy made peer contributions and the Afreximbank contributed to the process.

Why tourism is unlikely to recover in 2021: UNWTO