by John Green
in Industry and Trade, Infrastructure
0

The President made the remarks to Al Nakhil company chairperson, Sheikh Ali Rashid Lootah who paid a courtesy call at Zanzibar’s State House. Dr Shein was encouraging his partner to invest in the country’s tourism sector that has a high potential for business.

In his comment, Dr Shein said the move would not only increase the tourist arrivals in the Tanzanian archipelago but would facilitate business and trade for entrepreneurs.

The air transport will enhance the ease of doing business between cities leading to economic growth and development. It would open business opportunities and create job employment.

As Zanzibar looks to increase tourist arrivals in 2020 with the majority coming from the Far East market, the presence of the air carrier would facilitate the movement of travellers and goods as well.

Currently, the major Gulf airline carriers, including Flydubai, Qatar Airways, which launched a Christmas gift for Kenyan coast with direct flights to Moi International Airport Mombasa with approximately 500 passengers every week, Oman Air, and Etihad, have launched daily and weekly flights to Tanzania with connections to Zanzibar.

Dr Shein welcomed the idea stressing it would increase the volume of trade between the two countries and cement the historic Zanzibaris – Egyptians relations.

The Emirates brags of a fleet size of 254 enabling it to connect continents around the globe. The airline recently unveiled its diamond-crusted plane dubbed the ‘Bling 777’ that caused a mixed reaction on the internet.

The entrance of the Emirates in the Zanzibar – Dubai route dominated by Flydubai will not only stiffen competition for the government-owned low-cost airline but increase travel options for the growing market.

FlyDubai recorded interest in increasing its flights to Zanzibar in January to foster trade and investment opportunities. Flydubai operates a total of 95 destinations, serving the Middle East, Africa, Asia and Europe from Dubai.

Zanzibar has gained much from its mainland, Tanzania, a promising investment hub in East Africa. The Tanzania – UAE Business and Investment Forum held earlier this year sought to discuss the bilateral relations between the two which has reached mutual benefits.

Dubai-Tanzania non-oil trade has grown steadily to reach $1.8 billion in 2017, and more than 200 Tanzanian companies are registered with Dubai Chamber, noted H.E. Majid Saif Al Ghurair, Chairman of the Dubai Chamber of Commerce and Industry.

The chamber plays a key role in expanding Dubai’s economic cooperation with markets across the continent of Africa with representative offices in Ethiopia, Ghana, Mozambique and Kenya. 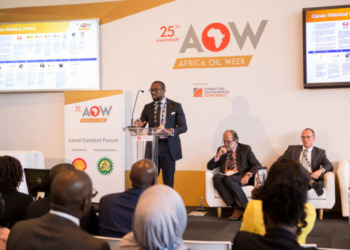 Are Kenya Airways profits in jeopardy?