by Njenga Hakeenah
in Countries, Extractive and Energy
0 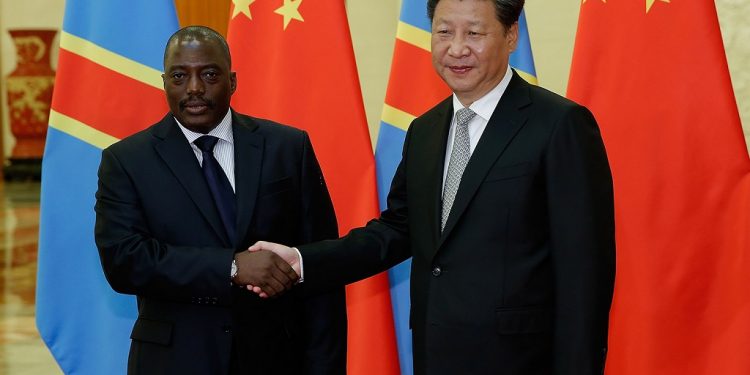 China is investing heavily in Africa securing the continent as a source for its future electric car manufacturing supplies.

Going by what is happening, the Asian giant is here to make the most out of its investments in infrastructure and other projects. China is in Africa to stay.

China in the Democratic Republic of Congo (DRC)

In the Congo, China is taking over the mining wealth as it takes over from Western businesses who may not have deep pockets.

The world’s biggest commodity consumer is securing its future natural resource supplies while positioning itself to take advantage of the great switch to the electric car technology.

In 2017, Tenke Fungurume, one of Congo’s biggest copper and cobalt mines sold some stake to China Molybdenum Co. as part of a USD 3.8 billion.

While companies like Freeport-McMoRan have left the Congo, China is increasing its investment with the likes of Zhejiang Huayou Cobalt Co. developing a copper mine near Kolwezi in the country’s southeast.

In the last decade, Rio Tinto Group and BHP Billiton Ltd. Have had to close shop in the Congo depicting a stark contrast in what is now becoming the Chinese occupation.

In June 2018, Congo’s Prime Minister Bruno Tshibala signed the mining regulations into law. This was an approval of the final parts of the new mining law that will make it more expensive for mining companies but giving the government a bigger stake.

Mining companies in the Congo were opposed to the law saying it would reduce future investments in the vast country.

The new law creates a conundrum for China’s forays in the Congo.

Worldwide, more than half of the cobalt that goes into phone batteries and electric vehicles produced in 2016 came from the Democratic Republic of Congo (DRC).

With global demand expanding quickly, the mining law seems to be a cash-in strategy by Congolese lawmakers.

Glencore and China Molybdenum had tried to lobby former President Joseph Kabila to rescind the decision on increased royalties and tax hikes on metals including cobalt but to no avail.

With Kabila still calling the shots from the shadows after the much-disputed election results where Felix Tshisekedi was announced the presidential race winner against Martin Fayulu, mining in the Congo may not change much.

During his reign since 2001, Kabila managed to line his pockets with revenues from Congo’s mines by being strategically positioned to control the trade.

The law may be more aesthetic and mining firms may still have their way as long as Kabila has control and calling the shots.

And this is why DR Congo is mulling joining the EAC and how IBM and Ford are leading the blockchain scheme to stop Congo’s bleeding cobalt.

Speculation is rife that the Congo has some USD 24 trillion worth of unmined minerals whose value keeps rising.

The deal will see the partnership with Congo’s government extract 427,000 tonnes of cobalt and 6.8 million tonnes of copper over 25 years.

At current value, the copper alone would be three times the Congo’s entire GDP at about USD 55 billion.

In exchange for the minerals, Kinshasa and the entire Congo will see the Chinese companies spend USD 3 billion to build roads, hospitals and universities.

This is a new way of doing business combining development funding and mineral concessions making a package deal.

The Chinese are replicating this approach across the continent locking out the likes of the U.S. cannot quite duplicate the model due to the strict separation of government and private business.

And it seems that China is not only exporting goods, skills and labour to Africa but it could also be bringing along censorship.

In the Congo elections, the country was plunged into internet darkness and many blamed the Chinese authorities for the dictatorial move. Chinese-crafted cyberspace rules were at play.

You can also read about the Chinese connection in Africa’s disappearing wildlife.

Nokia joins Facebook for the Express Wi-Fi program in Africa