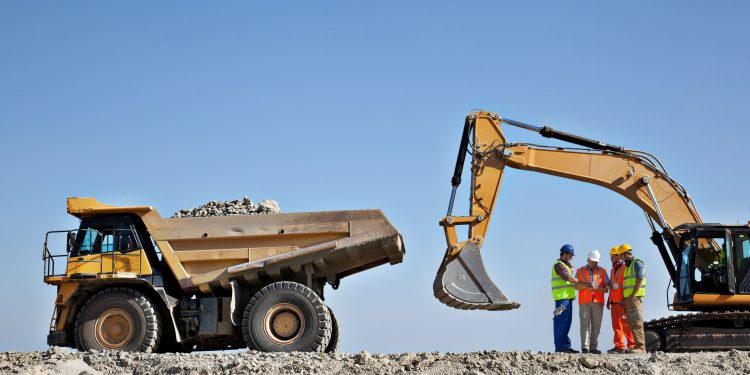 A mine in DR Congo

by Kimani Chege
in Africa's Development, Extractive and Energy
0
Share on FacebookShare on LinkedIn

D.R Congo produces over 60 percent of global cobalt product, but it is dented by poor human rights record. As the race for electric cars picks pace, efforts to use blockchain technology to trace the minerals are taking off

Democratic republic of Congo produces two-thirds of the entire world’s cobalt, a mineral required for the production of cell phones, laptops, and most importantly, electric automobiles.

Mining and trade of this important mineral has not had the best reputation especially where human rights are concerned.

Cobalt is mined on both large-scale and artisanal concessions in Congo, each presenting its own set of challenges. Industrial or large-scale mining (LSM) lacks transparency in several key areas of contracting, subcontracting, and joint venture disclosure practices according to Enough Project, a human rights watchdog.

Artisanal and small-scale mining (ASM) in some cobalt mining areas has links to illegal and corrupt involvement of armed military actors, nontransparent documentation of production and export data, and human rights abuses such as child labor and hazardous working conditions.

Dug using bare hands sometimes by underage miners and controlled by militia like operators in the south of Congo’s copper belt and a chain that has often been traced to corporates in China, Korea, Europe and America, the mineral position in the globe is just rising.

Cobalt is in high demand for its use in lithium-ion batteries, which power a wide range of products such as laptops, mobile devices and electric vehicles.

According to a report from Morgan Stanley, by 2026, demand is expected to multiply eightfold, especially for its use in electric vehicles and consumer devices. The typical electric car battery requires up to 20 pounds of cobalt and a standard laptop requires around one ounce of the mineral.

DR Congo is run by minerals; gold, copper, diamonds, coltan and cobalt. The entire country lifestyle is so much linked to these precious metals that have often been seen as a curse rather than a blessing.

The recent elections in the country had everything at stake and was keenly followed by both African regional powers, international governments in America, Asia and Europe as well as corporate organisations mainly in the technology sphere across the globe.

The great interest in the minerals in the country had led to political situations in which mineral dealers are keen to know who will run the government and if a change would affect the trade.

For example, during the election campaigns, there was fear among mining companies that the contracts would be renegotiated making some companies to lose.

Going against the caution grain was Chinese miner China Molybdenum which strengthened its control over a giant copper and cobalt mine in the Congo, spending $1.14bn to buy out a 24 per cent stake held by a private equity company.

In October 2018,  Enough Project released a report documenting the links between cobalt mining, corruption, and human rights abuses in the Democratic Republic of Congo (Congo).

The report, “Powering Down Corruption: Tackling Transparency and Human Rights Risks from Congo’s Cobalt Mines to Global Supply Chains,” is based on findings from interviews both inside and outside Congo with over 500 miners, traders, government officials, and representatives from civil society and end-user companies.

But it was a hard hitting 2016 report by Amnesty International dubbed ‘This is what we die for’ that brought into fray the international corporations.

Children as young as seven are working in perilous conditions in the Democratic Republic of the Congo to mine cobalt that ends up in smartphones, cars and computers sold to millions across the world, by household brands including Apple, Microsoft and Vodafone, according to the report.

The human rights group claims to have traced cobalt used in lithium batteries sold to 16 multinational brands to mines where young children and adults are being paid a dollar a day, working in life-threatening conditions and subjected to violence, extortion and intimidation.

In December 2018, Eurasian Resources Group launched its Clean Cobalt Framework at its Metalkol RTR operation in the Democratic Republic of Congo as part of its commitment to ensure sustainable cobalt production.

This had been preceded by general calls for the technology companies to develop mondalities of tackling the human rights issues and specifically use of children in the mines.

The group, which includes participants at each major stage of the supply chain from mine to end-user, will begin with a pilot focused on cobalt and explore the creation of an open, industrywide blockchain platform that could ultimately be used to trace and validate a range of minerals used in consumer products.

The blockchain pilot is already underway and seeks to demonstrate how materials in the supply chain are responsibly produced, traded and processed. For this pilot based on a simulated sourcing scenario, Cobalt produced at Huayou’s industrial mine site in the Democratic Republic of Congo (DRC) will be traced through the supply chain as it travels from mine and smelter to LG Chem’s cathode plant and battery plant in South Korea, and finally into a Ford plant in the United States.

An immutable audit trail will be created on the blockchain, which will include corresponding data to provide evidence of the cobalt production from mine to end manufacturer.

Built on the IBM Blockchain Platform and powered by the Linux Foundation’s Hyperledger Fabric, the platform is designed to be adopted across industry.

The solution is built to allow interested parties of all sizes and roles in the supply chain easy access, including original equipment manufacturers (OEMs) across the automotive, electronics, aerospace and defense industries and their supply chain partners such as mining companies and battery manufacturers.

Supply chain networks will be encouraged to join this open, industry-wide network to trace and validate minerals upon successful completion of the pilot.

“We remain committed to transparency across our global supply chain,” said Lisa Drake, vice president, global purchasing and powertrain operations, Ford Motor Company. “By collaborating with other leading industries in this network, our intent is to use state-of-the-art technology to ensure materials produced for our vehicles will help meet our commitment to protecting human rights and the environment.”

Inflation to counter any 2019 pay rise in Africa

Why East African coffee is in danger of extinction