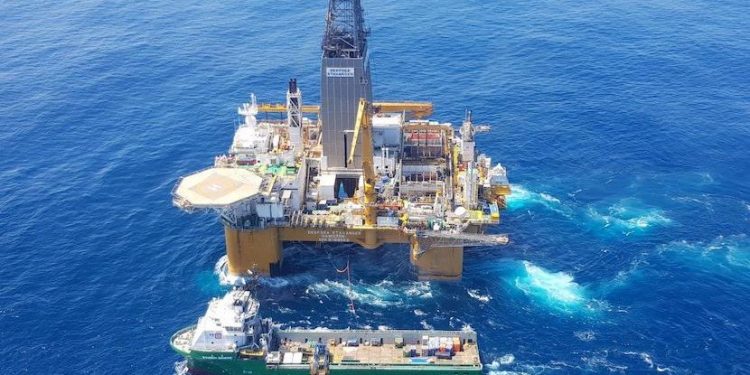 by Kimani Chege
in Africa's Development, Extractive and Energy, Trending
0
Share on FacebookShare on LinkedIn

Gas discovery in the offshore Outeniqua Basin of South Africa has opened new hope of the consolidation of new mineral wealth in the country reliant on gold and diamond minerals.

Total announced a significant gas condensate discovery on the Brulpadda prospects, located on Block 11B/12B in the Outeniqua Basin, 175 kilometers off the southern coast of South Africa.

The Brulpadda well encountered 57 meters of net gas condensate pay in Lower Cretaceous reservoirs. Following the success of the main objective, the well was deepened to a final depth of 3,633 meters and has also been successful in the Brulpadda-deep prospect.

“We are very pleased to announce the Brulpadda discovery which was drilled in a challenging Deepwater environment”, said Kevin McLachlan, Senior Vice President Exploration at Total. “With this discovery, Total has opened a new world-class gas and oil play and is well positioned to test several follow-on prospects on the same block.”

Chief Executive Patrick Pouyanne was quoted by Reuters saying the gas discovery could contain 1 billion barrels of total resources and is probably quite big.

“It is potentially a major boost for the economy,” mineral resources minister Gwede Manthashe said in a statement.

Outeniqua Basin sits 175 km off the southern coast of South Africa and is seen as a relief for Africa most industrialised nation which imports huge amount of oil and petroleum products.

Oil discovery in South Africa to cut dependency on imports

The African Energy Chamber (AEC) welcomes the recent gas condensate discover saying this a great first step for the country which still relies on imports of oil and gas despite the great reserves believed to be in its soil and waters.

The discovery, which will help open a new hydrocarbons province in South Africa, could prove the presence of billions of barrels of oil equivalent in South African waters, which will undoubtedly change the course of the country’s economy and help reduce dependency on imports.

“The oil industry hopes this will be a catalyst and encouragement for all policy makers to work on an enabling business environment for exploration and drilling activities in South Africa,” declared NJ Ayuk, Executive Chairman at the Chamber.

“We believe South Africa holds the potential for many more such discoveries, and the time has come to have a meaningful conversation on local content development so the development of the industry benefits all South African workers and contractors across the value-chain and creates jobs for the communities.”

Total has been present in South Africa since 1954. The Group is active on the whole oil and gas value chain and directly employs 1,000 people in the country.

Upstream, Total has developed oil and gas exploration activities in the Outeniqua basin with operating interests in two blocks, 11B /12B and South Outeniqua.

Downstream, Total, which is ranked in the top four petroleum products market companies in South Africa, operates about 550 service stations throughout the country and is present in all other business segments (lubricants, B2B, aviation, LPG, other specialties).

The gas discovery is a timely one as the South African government is currently working on a new legislation separating oil and gas from traditional minerals, and has released last year a new Integrated Resource Plan (IRP 2018) which ambitions to install an additional 8,100MW of gas-to-power capacity in South Africa by 2030.

It further echoes increased engagement of the South African government with the African and global oil industry. Since being appointed Energy Minister in 2018, Jeff Radebe has been leading a strong South African outreach to oil markets in Africa like Nigeria, Equatorial Guinea, Angola, South Sudan, many middle eastern producers and attending meetings of the Organization of Petroleum Exporting Countries (OPEC) in Vienna and seeking deals for state-owned South African companies such as the Central Energy Fund and PetroSA.

“Oil companies want to see leadership and sound governance wherever they invest,” added NJ Ayuk. “With South Africa demonstrating a commitment to reforms and the creation of an enabling environment for business, the oil industry is confident that the country can attract the investment needed.”

Investing in Tanzania? Here's what you need to know