The economy of Uganda is slowly though gradually picking up splendidly, despite the unfortunate beginning in the year 2017.

The long delay in bringing oil production on a base stream and the effect of chaos and war in neighbouring state South Sudan have played a key role in lagging the economic development of the country.

The IMF is more optimistic now than last year, particularly because of the influence of interest rate cuts. Continued progress will depend on the development of a string of planned infrastructural projects.

It is now almost a decade since commercial volumes of oil were first discovered in the Ugandan half of the Kivu Basin, on the border with the Democratic Republic of Congo (DRC). Crude oil reserves in the area are estimated at 6.5bn barrels.

The big obstacle to development was always going to be how to transport the oil to international markets. There were also disagreements over changes in the composition of the project consortium, partly relating to tax.

The government was initially keen to oversee the construction of a huge 200,000 barrels per day (bpd) refinery in Uganda in the first instance, but it has now accepted the development of a far smaller plant. The lion’s share of crude output will now be piped to the coast via a pipeline to the Tanzanian port of Tanga.

The project consortium now comprises Tullow Oil, Total and China National Offshore Oil Corporation (CNOOC), and first oil is expected by the end of 2020. Kampala had set a target of achieving middle income status by 2020 but this is now unrealistic given that it would require double digit annual economic growth to reach that level.

The government predicts that GDP will grow by 4.5% in the year to the end of this June and 5.5% for fiscal year 2017-18. The economy has also been affected by the impact of drought across the region and civil war in neighbouring South Sudan.

The World Bank forecasts economic growth of 5.0% for 2016-17 and 5.2% for 2017-18, on the back of increased investment in the oil industry and infrastructure projects, including the extension of the new standard gauge railway from Kenya into Uganda.

Even aside from existing oil projects, the government expects to issue new exploration licences over the next 18 months. The World Bank said that they could “accelerate foreign direct investment inflows, infrastructure development, employment and the development of local industries.”

The Central Bank of Uganda has severely cut its main lending rate from 17% to 11.5% over the past year, most recently by 0.5% on 15 February. The governor of the central bank, Emmanuel Tumusiime-Mutebile, said: “Bank of Uganda judges that a further cautious easing of monetary policy is warranted to support economic activity.”

Interest rates were originally increased to tackle price rises, which in turn were the result of drought, but annual inflation fell to just 5.9% in January. Lower borrowing costs should encourage investment and boost growth, providing they are passed on to borrowers.

During a visit to Uganda at the end of January, IMF managing director Christine Lagarde cited financial inclusion, poverty reduction and inclusive growth among the government’s biggest accomplishments. She said: “These achievements have been underwritten by strong macroeconomic policies and a reliance on the private sector as the engine of growth.

“Looking ahead, I welcome the government’s sense of urgency and emphasis on promoting inclusive growth which is needed to make further progress on poverty reduction and create jobs for the fast-growing population.” However, she cited corruption, poor fund absorption and shortcomings in project appraisal among the biggest obstacles to more rapid growth.

She also warned against rising government borrowing and advised Kampala to increase its domestic revenue. This would have to be achieved through widening the tax base, which is a challenge for all African governments.

Lagarde’s statements were particularly welcome given the World Bank’s decision to halt all new International Development Association lending to Uganda last August, while it reviews the position on existing loans with the government of Uganda. It cited “outstanding performance issues in the portfolio, including delays in project effectiveness, weaknesses in safeguards monitoring and enforcement, and low disbursement”. 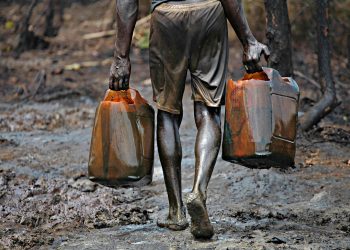 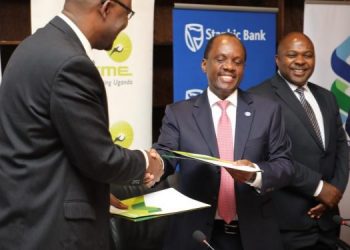