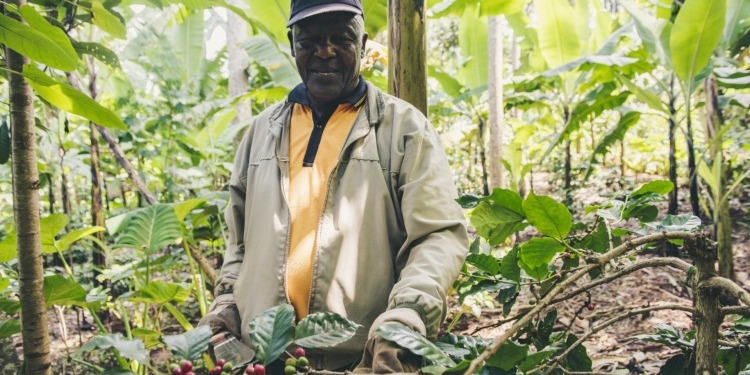 Africa natural capital is one of the most pristine anchors of economy at its disposal: Photo by Pixabay: The Exchange

GDP – not a true reflection of Africa economic growth

According to African Development Bank (AfDB), real GDP in Africa is projected to grow by 3.4 percent in 2021, after contracting by 2.1 percent in 2020

What if I told you the real GDP in Africa which is projected by African Development Bank (AfDB) to grow by 3.4 per cent in 2021, could be not as effective in measuring the actual progress of the youngest continent on the planet?

The Gross Domestic Product (GDP) a measure of economic growth was developed by an American, Simon Kuznets in 1934 in the modern concept; however, its original concept emerged in Europe between 1654 and 1676, which was a gruesome period for Africa, driven into the onset of the trans-Atlantic slave trade which ended in the 19th century.

Several discussion panels have taken a keen interest in finding out the drawbacks of GDP, including one led by Nobel economist Joseph Stiglitz (commissioned by former French President Nicolas Sarkozy) that found the measure had serious holes, saying “it is time to replace gross domestic product with real metrics of well-being and sustainability” according to a 2020 publication by Scientific American.

The GDP aspect was an economic measure invented when the world was still seeking different avenues, the west with the advent of civilization enhancement, while Africa—which is the main case, was still trying to forge its sovereign states from imperialists.

This metric adopted in 1944, amid World War II, as the main tool to measure the accumulation of wealth and production of goods and services, left out an important element, “a multi-dimensional index” which measures other aspects of development.  Therefore, equating the GDP metric over periods where geopolitical and socio-political aspects were favourable to some parts of the world and not others, particularly in Africa, and did not even fit the criteria to be measured, fell unacceptably short of achieving its intent, especially for African nations.

The World Economic Forum (WEF) took a much deeper look at GDP, especially during the current pandemic period and has brought out a holistic scorecard to guide policy-makers and government through recovery—which includes four aspects: prosperity, planet, people and institutions.

To understand why moving past the GDP narrative bears more fruit to the table, there are a couple of ideas to explore, which is why GDP is inappropriate for Africa and does not capture the other drivers of the economy, such as the informal sector and introduction of new indicators.

GDP is not appropriate for Africa

The entire concept and nature of development hold a multi-dimensional facet; it holds more than economic elements but rather, it incorporates environmental, social and emotional dimensions (International Growth Centre).   Thus with this idea in mind, the need to analyze the effectiveness of GDP is more imminent than ever.   As the world’s most persuasive form of packaging a country’s economic performance, the GDP measure still falls short as it is not a “one size fits all” concept when it comes to inclusiveness of what it takes for an African economy to be whole, and gauge it appropriately.

According to ‘How moving beyond GDP may help fight poverty in Africa’ a detailed publication by one of the renowned voices on “Beyond GDP” debate and director of the Centre for the Study of Governance Innovation at the University of South Africa, Lorenzo Fioramonti,  GDP’s underlying principles created two worlds—a ‘developed’ and a ‘developing’ world.   “The GDP mantra was imposed on poorer nations in spite of its creators’ conclusion that its approach should not be applied to countries largely dependent on informal economic structures, as these are not considered by income accounts, which are threatened by policies designed to increase GDP” he argued.

There several limitations that GDP calculations bear.  These include the exclusion of non-market transactions, failure to include the degree of income inequality (an important aspect for developing countries); the measure does not indicate the level of growth to be sustainable or not, and failure to account for the costs imposed on human health and the environment of the negative externalities arising from the production or consumption of the nation’s output (Khan Academy).

As the world evolves and adopts new means of production, the old ways of understanding or measuring economic performance, in this case, GDP, ought to be changed too, as it merely is an estimate not entirely precise and accurate as widely known, according to Sir Charles Bean, a British economist.

In this context, in most cases across Africa, the informal economy is almost invisible to the GDP metrics which surprisingly account for 80.8 per cent of jobs as the main employer and backbone of economic operations in urban Africa (World Bank 2020); in 2015 it contributed at least 55 per cent of Sub-Saharan Africa’s GDP (United Nations Economic and Social Council 2015).

As the informal economy is not regulated and almost not taxed or properly recorded into government statistics, much of its value and potential to these countries goes unnoticed and blurs out the actual distribution of income.

Going deeper into the argument, Fioramonti argued that, “Most fast-growing African economies are heavily dependent on exports of commodities. This means that when commodity prices drop at the global level, African economies languish. More dangerously, it means that the ‘growth’ we have seen in the past few years is largely the result of a statistical mirage. Most natural resources in Africa are not renewable: once they are taken out of the ground, they do not grow back.”

However different international organizations have pointed several alternative techniques that can really capture the performance of economies in the current context.

Human Development Index (HDI), conceived by the United Nations Development Programme, goes after the traditional approach to measuring economic growth, as well as education, the standard of living and health, which are crucial variables in determining how developed a society is (The International Growth Centre).

On the other side of the fence, there is a customized manner of measuring performance, argued by Fioramonti. By adopting and improving the traditional mode of African production, such as cooperative schemes and consumption, but also with community-driven governance, this may yield rather “fertile ground for localized and decentralized forms of development, in which enhancing human capabilities overtake nominal income as the key object of economic progress”.

With vast natural capital—at least the remaining resource undamaged by degradation Africa can change the game by utilizing a more strategic economic model that favours communities.

READ:Africa’s GDP supported by aviation could fall to $35bn

“The abundance of solar energy should make it possible for entire communities to become energy independent through small-scale off the- grid solutions, thus reinforcing a transition to a citizens-driven development model, rather than an economic paradigm based on exploitation of nature and mass consumption,” Fioramonti noted.

Another important way to look at things to replace GDP is on the networked economy, “founded on localized forms of self-production and consumption, in which the distinction between producers and consumers becomes increasingly fuzzier (this is a concept encapsulated in the idea of ‘prosumers’) would challenge the GDP conceptualizations of production and asset boundary, thus resulting in lower rates of nominal growth”.

Times have changed and the functions of the economy have also differed from one continent to another. What works in America couldn’t work in Africa, thus—with the advent of knowledge and technology, we are now able to trace the economic roots of Africa and understand why Kuznet’s GDP idea wasn’t meant for Africa.