The Plc has been rated as a 90% on-time performance airline serving over 2.5 million passengers.

Currently flying from 5 airports in East African nation Tanzania, Fastjet is on the verge of launching additional routes to its existing destinations in Africa. The company eyes more transport networks to Mozambique and South Africa. They are also aiming to increase their routes in Tanzania this year. Fastjet, founded in 2011 has recorded robust growth in its operations and has seen an increase in traffic that has propelled the growth of the airline.

In order to keep up the pace and serve its travellers effectively, the carrier is planning on adding more planes to its fleet. It is understood that the company is keen to add three ATR planes that will serve the domestic market in Tanzania. A number of travellers have opted to use the British/South African-based holding company due to its low-cost fees. It has, in turn, worked in their favour, luring more travellers to use their services. Their competitiveness in the aviation sector cannot be underestimated with the promising strides it is making.

Flying to the busiest airport in Africa, O.R Tambo International Airport in South Africa, Fastjet believes the new market to be served would stellar its performance in the industry. With increased traffic, the revenues collected should be able to help the airline bolster its productivity in delivery and operations in a country where it has a smaller presence. More planes to serve the travellers around the continent would be needed to boost its influence in the air, and perhaps gain a competitive space in the sector as it looks to reap the most from the new market in SouthAfrica. The airline currently flies to the City of Gold, Johannesburg.

Maputo, Nampula and Tete are the main destinations Fastjet flies to in Mozambique. The market to such places is growing and the considerations to add more routes to serve the ‘airway’ would benefit the company.

They are looking to improve the customer service to make their travellers comfortable and satisfied. Their marketing research strategy to meet the demands of their customers should pay off even as they prepare to achieve a new look in their products. This will add value to the airline and help them broadcast their brand to new pastures. The market trends have given them a cutting edge on how to approach their travellers’ needs and build a successful business in the long-run.

The London Stock Exchange listed company recorded an outstanding $68.5 million revenue in 2016. Its aim to become Africa’s low-cost airline could be validated with the stats showing improvements. The low-cost airline kicked off its international routes to Zambia and Zimbabwe after it had debuted in Tanzania. More revenues will ensure the carrier makes more revenues to sustain its operations. 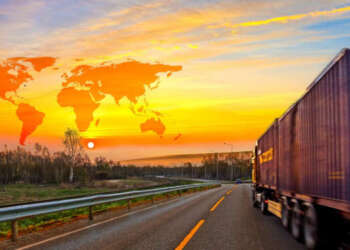