According to Kenya Airways, passenger numbers dropped by 55.5 per cent to 1.1 million compared to 2.4 million recorded over the same period in 2019, affecting its revenues. 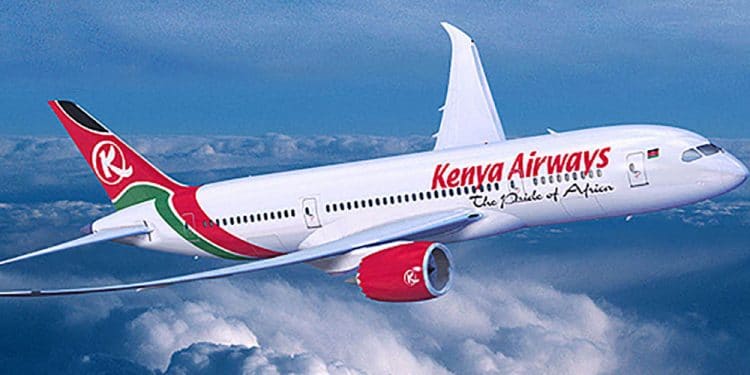 Kenya Airways (KQ) net loss for the first six months ended June 2020 widened by 67.3 per cent to $132 million due to grounding of flights as a measure to curb the spread of the COVID-19pandemic.

According to Kenya Airways, passenger numbers dropped by 55.5 per cent to 1.1 million compared to 2.4 million recorded over the same period in 2019, affecting its revenues.

According to KQ’s chairman Michael Joseph, the national carrier operations were severely affected by the pandemic resulting in depressed half-year results.

“The network activity from April to June was minimal due to travel restrictions and lockdowns effectively reducing operations to almost nil in connecting our home market to key cities.” He said

This year’s half-year loss is more than the carrier has been posting for the last three years.

“The 2020 results will be significantly negatively impacted because of the projected suppressed air travel demand. We project the demand to remain at less than 50 per cent of 2019 for the rest of the year,” said Mr Joseph.

During the period under review, the carriers total revenue decreased by  48 per cent to $279 million in line with the fall in passenger numbers.

After Kenya recorded its first COVID-19 case in march, both domestic and international flights were halted which saw passenger revenue retreat by 53 per cent $187 million as many passengers cancelled flights.

KQ’s operating costs declined by 37 per cent to $357 million mainly driven by the reduced operations for the year.

During this pandemic period, KQ laid off its workers and gave massive pay cuts so as to reduce pressure on the bottom line.

The chairman also said that the carrier’s focus currently is on preserving cash to help navigate through the difficult period that has seen global airlines run into massive losses.