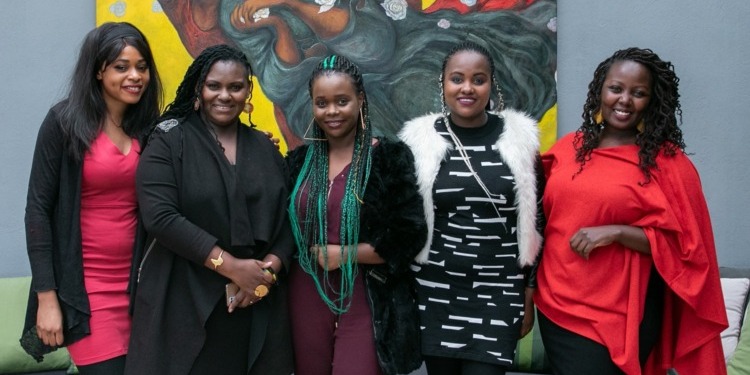 The programme will culminate with a planned trip to the prestigious 2022 Sundance Film Festival.

The International Writer’s Lab (IWL), an accelerator and fellowship programme, has launched in Nairobi offering training, mentorship, and a pitch-fest with an array of Hollywood players.

The programme will culminate with a planned trip to the prestigious 2022 Sundance Film Festival.

The IWL is facilitated by the award-winning, African American filmmaker, Matty Rich, who gained creative acclaim for Straight Out Of Brooklyn and Inkwell, among other projects.

The programme engages creative execs for career and business advice and writers with Hollywood credits as mentors.  Fellows will pitch their projects to agents, studios and management companies for feedback.

Launched on September 27, 2021, the IWL wants to increase the opportunity for Hollywood productions of stories created from local perspectives in Africa, beginning in Kenya.

The unique IWL was established by the Blackhouse Foundation, PMF Media Group and VentureLift Africa.

Nairobi is widely regarded as an innovation hub in Africa and has become an important destination for support from international institutional investors and the development community.

The creative sector in Africa is a sleeping giant for job creation and economic development.

Resources supporting talented film and TV writers are lagging behind many sectors of the Kenyan economy and even comparatively with Africa’s leading entertainment centres of Nigeria and South Africa. The IWL wants to change this narrative and expand the international networks of talented African writers.

Other partners for the programme include the Kenya Film Commission, Africa Digital Media Institute, the StoryBoard Collective (Co-Sponsor), Colour Entertainment and the Africa Channel.

An all-female team of five fellows was selected for the inaugural Kenya class to refine their scripts for film and television.

Grace Irungu, Wanjiru Kairu, Carolyne Momanyi, Voline Ogutu and Damaris Irungu Ochieng, who is the StoryBoard Collective Fellow, make up the cohort. The fellows are experienced writers with local and international credits. They are emerging change-makers in the African creative ecosystem.

Fellow Damaris Ochieng, an International Emmy Award-winning writer, summed up the significance of the programme: “The lab is important for us as writers from this region because it presents us an opportunity to sharpen our skills and equips us to better tell our universal stories for global audiences and connect with international writers and producers. There’s never been a better time to be an African writer, this lab is the perfect opportunity.”

Based in Los Angeles, the Blackhouse Foundation promotes diversity and inclusion within Hollywood.

“This inaugural cohort aligns with our mission to educate, uplift and promote underrepresented creative voices, especially on a global scale. As we help level the playing field between Africa and Hollywood, we begin with building a universal pipeline of TV & Film creatives reflective of the change we want to see,” said Blackhouse Foundation Executive Director Jenean Glover.

Pauline Fischer, Founder of PMF Media Group and visionary for the programme, hopes that the “Fellows will emerge from the Lab with enhanced skills and confidence to successfully navigate Hollywood including pitching to a major studio or streamer, writing for global audiences, and establishing and building their brands as writers which are all part of our programme”.

The 10-week programme wraps with a planned trip to the Blackhouse Foundation events at the 2022 Sundance Film Festival in Utah, where the Fellows will have the opportunity to participate in additional programmes and further expand their professional network.

For Wilmot Allen, Founder of VentureLift Africa, the IWL also demonstrates another sustainable approach for diaspora engagement with Africa.

“The diaspora including African Americans working collaboratively with the deep creative talent in Africa can catalyze a renaissance of cultural production, new agency in narrative creation and shared prosperity.”

The IWL intends to expand its programming across other regions of the continent and target other creative roles in the coming years.

The Blackhouse Foundation was founded in 2007 to expand opportunities for Black multi-platform content creators and executives by providing pathways into career opportunities within film, television, digital, and emerging platforms. The organization designs and executes programming that raises the level of its constituents’ acumen around financing, production, marketing and distribution. The Blackhouse Foundation has partnered with nearly every studio and organization in Hollywood including CAA, HBO, Netflix, Facebook, The Academy, Paramount Pictures, Comcast Universal, HBO, OWN, BET, USA, Showtime and others.

PMF Media Group provides creative and strategic, advisory services to global independent producers and media companies and develops and produces multicultural film, television, and animated projects for global audiences. Founded by industry veteran, Pauline Fischer, who is a celebrated global content executive, producer, dealmaker, and entrepreneur. She has held senior executive positions at top media companies including Vice President of Worldwide Acquisitions Paramount Pictures International and Vice President Original Films and Content Acquisition at Netflix. At Netflix, she was an architect of the company’s Original Film business and responsible for transforming the company’s film brand globally. In that role, the content she produced, acquired and oversaw has garnered critical acclaim and entertained audiences worldwide.

VentureLift Africa (VLA) and VLA Capital Advisors help African companies grow and scale through value-added connections with an array of economic partners, focusing on the Diaspora. Based in Kenya, VLA’s media and entertainment efforts engage the film, television, gaming and digital media sectors through showcasing, producing, capacity building and connecting Africa’s creative talent to regional and international opportunities. The company leverages the Founder Wilmot Allen’s prior experience with the finance and strategy team at the ABC Television Network (Walt Disney Company) which managed the network’s primetime, daytime, late night, sports, and Touchstone Television properties, film finance with JPMorgan, and Executive in Charge of Production of the award-winning Tavis Smiley Show and a Creative Executive for KCET/PBS in Hollywood.

Read: China is king of creative goods and services