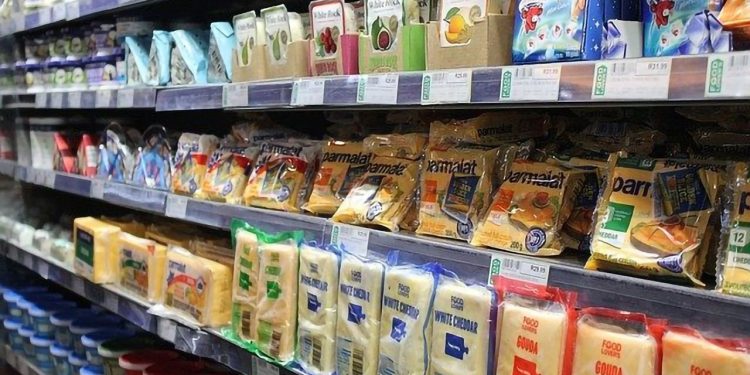 Mozambique orders all food products to be labelled in Portuguese. [Photo/ Technology Networks]

The government of Mozambique has ordered retailers of food products to label in Portuguese all their products sold in the country before the end of July 2022.

Rita Freitas, the national inspector at the National Inspection of Economic Activities (INAE), announced this during a training seminar on the legal system of package labelling of food products.

Rita Freis said that this is the last year that the government will grant a tolerance for traders to label food products in Portuguese.

She added all food products placed on shop shelves in Mozambique must be identified in the country’s official language (Portuguese) and will no longer be labelled in foreign languages, including English.

The measure aims to protect the rights of consumers in knowing what products they are purchasing and the ingredients used for processing.

Freitas said that goods for sale unidentified in Portuguese will be removed from the market after July.

Mozambique and the Portuguese market

Portuguese ranks as the ninth most spoken language on the planet, with about 250 million speakers. Brazil has the largest number of Portuguese speakers globally and is home to more than 70 per cent of people using the language globally.

Outside Africa, Brazil, Portugal, and East Timor are the only countries that use Portuguese as the official language.

The move by Mozambique to demand the branding of their food products in Portuguese will affect the import and export market. We look at the top countries, both continentally and globally, that will be affected by this policy implementation.

Trade relations between Mozambique and Brazil

Being the largest Portuguese-speaking country and a significant trader with Mozambique, Brazil will likely experience a surge in their trade with the East African country.

Brazil and Mozambique share an extensive cooperation agenda. According to Baena Soares, the ambassador of Brazil to Mozambique, the two countries have more than forty projects and collaboration programs with a budget of over US$80 million.

Mozambique is the main beneficiary of Brazilian cooperation in Africa. The move to label all food products in Portuguese will boost their trade relationships.

Currently, their relationship is built mainly around agriculture and health. Brazil is a top food producer and exporter globally and is home to 22 per cent of the planet’s cultivable land.

Brazil has achieved its success in agriculture due to advancements in technology: Seed technology, crop rotation, double cropping, cutting edge machinery and precision agriculture. These same technologies are being extended to Mozambique due to their improved trade relations.

Read: No brakes for the accelerating food insecurity in Africa

Baena Soares says that The Brazilian Cooperation Agency is developing a project which will provide Mozambique with a computerized platform for monitoring and supporting the agricultural extension.

One such development under the agency is the Cotton Shire-Zambezi. Brazil applies efficient technologies in Mozambique and Malawi to help small trade farmers get maximum benefits from cotton farming.

As the relationship between Brazil and Mozambique betters, English speaking countries will also be affected. Among the countries that will experience heat is the United States.

The United States of America, like its counterpart superpower countries, has been seeking to increase their dominance in Africa through trade. The banning of food branding in English will slow down the relationship that has been steadily improving.

In 2021, the US exported US$189.9 million to Mozambique and imported 155.9 million. Additionally, the US has been a key player in stabilizing the economy of Mozambique. The United States is the largest bilateral donor to the country, providing over US$560 million in assistance annually.

Mozambique offers opportunities for US business sectors such as energy, infrastructure, agriculture, ICT and transportation.

Among the businesses affected by the rebranding is Mozambique Leaf Tobacco, the largest US investment in the country.

South Africa is Mozambique’s largest trader in Africa, and it uses English as its official language.