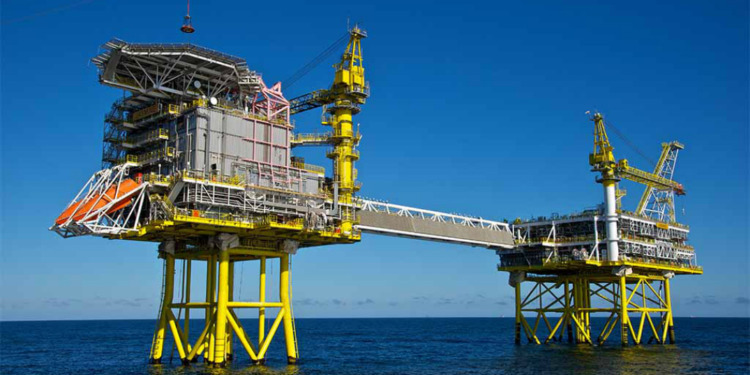 Senegal is becoming one of the most exciting oil and gas plays to emerge in recent years in sub-Saharan Africa´s largely underexplored oil and gas sector.

The country may be a relatively new player in terms of production coming on stream, but in fact, oil and gas exploration has been taking place in the country as far back as 1961.

It was only until major world-class offshore oil and gas discoveries were made in 2014-2016 that global energy investors began to truly realize the huge potential of the MSGBC Basin, which comprises the offshore waters of Mauritania, Senegal, The Gambia, Guinea-Bissau and Guinea-Conakry.

Prior to the large-scale discoveries, Senegal was already maneuvering into a good position to capitalize on its hydrocarbon wealth thanks to the leadership of H.E. President Macky Sall who was a former Director General of the state-owned oil company PETROSEN.

As an oil man, President Sall was uniquely qualified to understand both the huge challenges and the many opportunities that any new oil producing country can expect to encounter.

Already in 2014, the Plan Senegal Emergent (PSE) aimed to help Senegal achieve energy independence by diversifying the energy mix, and did so emphasizing not just renewables, but also the vast hydrocarbon resources that were about to be unlocked.

The three basic pillars of the Plan Senegal Emergent are the development of human capital, an emphasis on good governance, and a robust rule of law.

Senegal did not want to repeat the mistakes that some other sub-Saharan oil and gas producing countries had endured by seeing their economies becoming far too reliant on hydrocarbons, thus rendering other economic sectors uncompetitive, known as the “oil curse.

For this reason, stakeholders from all over Senegal set out to glean industry best practices from around the world, travelling to Canada, Norway and many well-established African oil producing countries like Angola and Nigeria, among others. As a result, two crucial entities were born that would help shape Senegal´s burgeoning oil and gas sector.

The first was the (Comité D´Orientation Stratégique)-COS PETROGAZ, an entity falling directly under the Presidency of Senegal, whose goal is to ensure that President Macky Sall´s ambitious vision for an oil and gas sector focusing on transparency, good governance and the promotion of local content is actually implemented from day one.

Its mission is to help recruit, train and develop the next generation of Senegalese petroleum engineers, geologists, and oil and gas technical professionals to avoid having to rely upon an expensive expatriate workforce.

Both of these institutions have been particularly successful in their respective missions, and set the stage for the large-scale influx of foreign direct investment (FDI) and the growing involvement of numerous IOC´s in Senegal to date.

Two of the single largest projects underway today are the SNE oilfield and the Greater Tortue Ahmeyim LNG gas project.

Greater Tortue Ahmeyim is an offshore liquefied natural gas (LNG) project based on upstream gas production in 2km-deep waters on the maritime border of Mauritania and Senegal.

According to fDi Intelligence, it is the deepest offshore project in Africa and is expected to produce up to 10 million metric tons of LNG a year, with commercial production scheduled for 2023.

Some of the key players shaping the current boom in Senegal´s oil and gas sector are Cairn Energy and its joint venture (JV) partners FAR and Woodside Energy.

These various projects are expected to attract vast sums of FDI over the coming decade to Senegal and to a somewhat lesser extent, a number of the various countries comprising the MSGBC Basin.

Analysts at The Economist Intelligence Unit note that Senegal´s real GDP growth rate slowed to 0.7% during 2020, owing to the effects of the coronavirus pandemic. But it is forecast to recover strongly in 2022-25 as new hydrocarbons production comes on stream.

One of the single most important impacts that Senegal will derive from becoming a new oil and gas producer will be felt most immediately in the power generation sector.

Previously, Senegal had one of the highest costs of electricity among West African countries, but with new natural gas coming on stream, a variety of power plants run by the state utility company SENELEC will soon switch from burning heavy fuel oil to natural gas, which is not only far more environmentally sustainable, but also much more cost effective.

This will be a catalyst for expanding a wide range of industries that were previously not competitive enough due to high electricity costs.

Cement, infrastructure development, light industry, agribusiness, transportation and many other sub-sectors are expected to enjoy the windfall of more easily available and affordable natural gas.

Senegal´s Sangomar project, currently being developed by Australian firm Woodside Energy, has an estimated production capacity of 75,000 to 100,000 barrels of oil per day. As with the aforementioned projects, it is also scheduled to come on stream over the course of 2023.

A report published by the National Committee of the Extractive Industries Transparency Initiative stated that prior to the onset of the global pandemic, “the country had already started to reap the rewards from its discoveries.

The government´s revenues from the hydrocarbon sector reached $42.5 million in 2019, a 37% increase from 2018.” As Senegal, continues a post-Covid-19 economic recovery and re-opening of the economy, revenue should again rise or event exceed pre-pandemic levels.