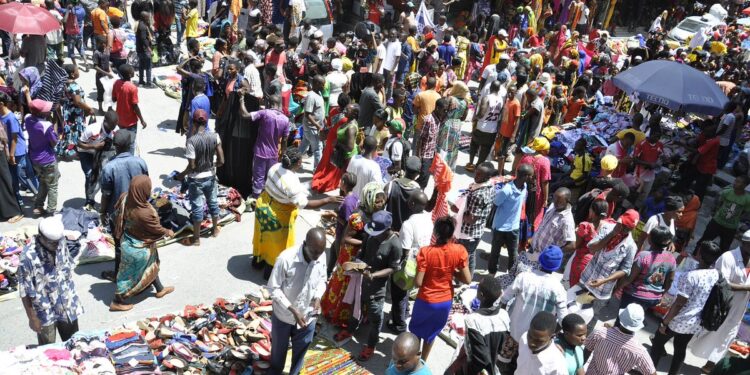 The World Bank Africa's close development partner argues that Africa’s population is rising rapidly and will likely double by 2050.

Since the advancement of the standard of living, most parts of the world have experienced a relatively rapid population growth than ever before which can be hugely beneficial for economic development if utilized strategically.

Population growth is rapidly occurring in Africa, with Tanzania now hosting more than 59 million people in its vast, arable and mineral-rich land. This increase puts the East African country, which ascended last year to a low-middle-income status, in a much more advantageous position to move forward or experience a decline.

The World Bank (WB) – one of Africa’s (and Tanzania’s) close development partner argues that Africa’s population is rising rapidly and will likely double by 2050.

READ:It’s a jumbo task as elephant population in Africa soars

“Africa will soon pass one billion people (it may already have) and could reach up to two billion people by 2050. This makes it the fastest-growing continent, and Africa’s rapid growth will also shift the global population balance,” the World Bank noted.

Pinning down the population growth trend in Tanzania – which stretches from 1958 (with more than nine million) to August 2022 (expected), Tanzania has become one of the most populous countries in the continent, alongside Africa’s top economies – Nigeria and South Africa.

With more than 59 million people within its borders, there are crucial aspects when analyzing how Tanzania develops over time and space.

Is population increase a boom or doom?

Over the past decade, Tanzania has made impressive strides in development, from information and communications, agriculture and mining to construction. However still, there are underlying issues that put most of the population in a vulnerable position – income generation opportunities and poverty.

Population increase means an increase in the working-age population—who perform profitable activities to bring out desirable output. Further, a nation with a growing population translates to a growing market for most products/goods and services.

The latter spills down to the development of entrepreneurship, which sparks exponential capital investment to business activities, consequently creating more income and employment—an essential outcome for developing economies such as Tanzania.

There are essential issues to consider regarding numbers, especially employment opportunities, which are a thorn in most African economies.

According to United Nations Development Programme (UNDP), there are between 800,000 and 1,000,000 new entrants per year coming into the labour market in Tanzania.  However, youth unemployment is estimated at 11.7 per cent, with a 28.8 per cent rate in Dar es Salaam (The Citizen).

Tanzania’s National Bureau of Statistics (NBS) noted that the unemployment rate from 2015 to 2018 decreased from 10.3 per cent recorded in 2014 to 9.7 per cent in 2018.  “This reveals that the economy has been doing well in absorbing the ever-increasing labour force in the country”, the NBS noted.  NBS data show the trend of employed persons aged 15 and over has risen from more than 20.9 million in 2016 to more than 23 million in 2020.

“The decline of the ratio, which measures the ability of an economy to absorb labour, may in part be attributed to an expanding enrolment in education for working-age population emanating from universal education currently implemented in Tanzania compared to the ability of the economy to produce jobs” the NBS noted.

Unemployment issues present a problem to most populous African countries.  In terms of numbers the most advanced economies on the continent face higher unemployment rates, Nigeria with 40 per cent and South Africa at 34.9 per cent.

According to the WB, the informal sector accounts for around 80.8 per cent of jobs in Africa.  This indicates how much the formal sector job creation is a challenge especially for developing African economies.

Tanzania’s Five-Year Development Plan-II (FYDP-II) estimates that urbanization is accelerating at an annual rate of 5.2 per cent, which is twice the global average of 2.1 per cent and higher than Africa’s average of 3.5 per cent.  Hence, in context of the above, NBS data argue that employment in the informal sector has increased from 22 per cent in 2014 to 29.4 per cent in 2020/21.

With the numbers on the table (poverty decreasing by 8 per cent points, down from 34.4 per cent in 2017 to 26.4 per cent in 2018, according to WB), it is evident that Tanzania has put in place necessary efforts to downplay poverty and improve its citizens’ standard of living.

Tanzania’s efforts have improved living conditions as the country has increased access to essential services (hospitals, schools, etc.) and improved human capital outcomes to its population than decades ago.

READ:Go local! | The world financial system is even sicker than the world’s population

Most efforts in poverty reduction were depicted in rural areas followed by urban areas outside Dar es Salaam. Vulnerability is still high as for every four Tanzanians who moved out of poverty, three fell into it (WB).

In this context, it is essential to consider various economic situations facing Tanzania, such as the inflation rate standing at 4.3 per cent (December 2021) and the national debt increase by $3.9 billion in one year. It is only viable for Tanzania take a closer look at its expanding population.

With safety nets, programs such as Tanzania Social Action Fund (TASAF) and Productive Social Safety Nets (PSSN), Tanzania’s growing population has a sustainable shield to keep it nurtured for effective optimization of its potential.

Tanzania has a chance to utilize its diverse population potential if it maximizes access to various vital sectors such as access to electricity, health care, insurance, capital/ small loans, and education.