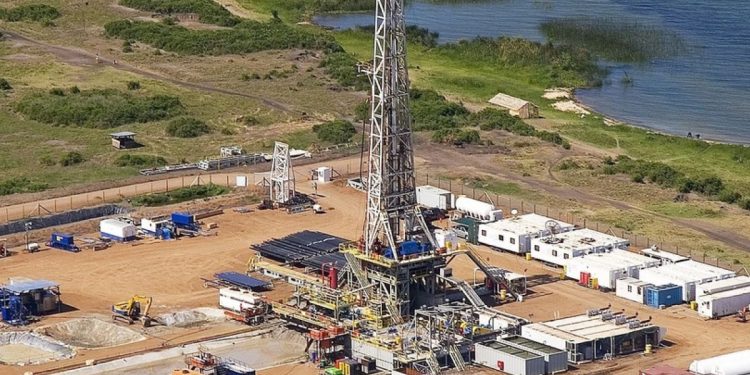 In a jammed conference room in a Nairobi hotel in early 2019, a panel of rights activists poked holes at the Kenyan oil exploration and mining activities in Turkana. Blow by blow, the team illustrated how Kenya stands to lose if radical measures are not put into place to ensure the resource benefits the country.

The Kenya Oil and Gas working group called for an audit of the contracts of oil mining to ensure they follow international standards. Charles Wanguhu, a social activist coordinator of the Kenya Civil Society Platform on Oil and Gas, said in international practice, if a company prospects and fails to find oil, it meets its costs.

However, if it finds oil, the country pays for the expenses. Therefore, Wanguhunotes that in the case of Kenya, the need for audit will ensure that the costs which Kenyans will pay for do not include those wells that did not yield oil.

A year later, what the civil societies foresaw is coming forth.  Within the period, Kenya has tasted its first petrol dollar, Uganda has failed to get a buyer for some of its oil wells a pipeline to ferry the oil from Uganda through Tanzania though agreed has had several delays and Tullow Oil, the London-based oil explorer and miner has hit the hardest turbulence yet. This has thrown the oil and gas sector in both Kenya and Uganda off the rail.

It all started in Uganda when President Museveni announced that, after years of painstaking exploration, the Australian oil exploration company, Hardman Resources Ltd, made the oil discoveries in mid-2009. Since this announcement, 11 years have passed yet Uganda has not tasted the proceeds of oil.

France’s Total, UK-listed Tullow Oil and the China National Offshore Oil Corporation (CNOOC) jointly control three oil blocks in Lake Albert, a giant stretch of water on Uganda’s border with the Democratic Republic of Congo.  The oil reserves under Lake Albert are thought to be adequate. However, boardroom wars and haggling over sale of stakes between Total and Tullow has delayed any progress.

Last year, a $900 million (£740m) deal, under which Tullow Oil was to sell a major stake in its Ugandan projects to Total and CNOOCcollapsed as a result of wrangling with the government. This is thought to be the beginning of the woes facing Tullow Oil Corporation.

Under the Sale Purchase Agreement, Total planned to acquire 21.57% out of Tullow’s 33.33% interest in the Lake Albert licenses. CNOOC exercised its right to pre-empt 50% of the transaction.If the deal was successful, Total and CNOOC would have each increased their interest to 44.1% while Tullow would have kept 11.8%.

Initially, Uganda explored the shipment of oil through Kenya, making Nairobi excited about combining its oil in Turkana and looping in South Sudan and moving that oil to the yet to be completed Lamu Port. However, Uganda grew cold feet as charm from Dar es Salam swept the Ugandans off their feet. The 1,445km pipeline was planned to pass through neighbouring Tanzania to the Indian Ocean port of Tanga. However, as turbulence hit the oil deals and survival of oil business in Uganda, Total announced the suspension of activities of the $3.5bn crude export pipeline from Uganda to Tanzania due to uncertainty over its Uganda operations.

Read also: Will events in Kenya, Uganda and Tanzania, bring financial and political freedom this decade?(Opens in a new browser tab)

Kenya joined late in the game, with President Kibaki holding a televised press conference to announce that Tullow Oil has discovered oil in the Turkana basin in a well-named Ngamia. The UK company has been building its stock and it was not until 2017 that the early oil pilot scheme (EOPS) started and eventually led to Kenya achieving its first shipment of oil. This 250,000-barrel shipment, single-sourced to a Chinese company fetched $12 million with the government pointing out the price was much better than initially expected.

This did not happen without a hitch. When the first truck of oil to Mombasa hit the road, local communities took to the streets to demand a revenue-sharing formula. This led to an impasse that lasted months. When the road haulage finally resumed, the country had not only lost money, but also the confidence of the mining industry.

However, there are many factors that will influence how much money Kenya sees from its oil. That includes fluctuations in global oil prices, which are currently at around $65 per barrel. Over the last eight years oil prices have soared to a high of $110 per barrel in 2011 and had briefly dropped to as low as $26 in 2016.

As hope was building, Tullow Oil hit bumps. First, the company announced it had problems acquiring good returns from its operations in Ghana which sent shivers among shareholders. Then came the sackings of the CEO, Paul McDade and the exploration director, Angus McCoss, who had long experience in undertakings in African explorations.

The share price of the firm went on a free fall, cutting its market value by over KSh130 billion after its shares crashed by 72 percent to 70 sterling pounds, a 16-year low. In just three months, shareholders have lost KSh180.6 billion in paper wealth. The company has been facing serious financial times with the announcement of job losses in Kenya and Uganda with an estimated 300 job losses globally.

The only hope left is the exploitation of gas reserves off the Tanzanian coast as well as gas reserves under the Burundian side of Lake Tanganyika. Tanzania discovered an additional 2.17 trillion cubic feet (tcf) of possible natural gas deposits in 2016, raising the east African nation’s total estimated recoverable natural gas reserves to more than 57 tcf.

Tanzania has been holding talks with international oil companies in the last year to finalize the terms of developing the $30 billion liquefied natural gas project in Lindi, in the southeastern region of the country.

For nearly two years now, the multimillion-dollar project has been in limbo waiting for a “Host Government Agreement”—the pact that governs the rights and obligations of parties with respect to the development, construction, and operation of the project.

However, before any of the East African countries manages to have profitable oil ventures, many things will have changed.