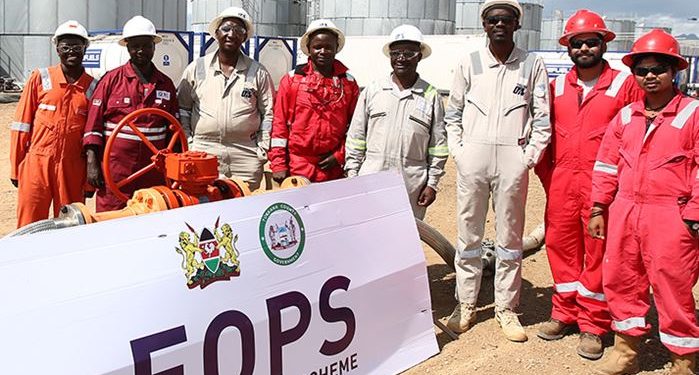 For Tullow Oil, the year 2020 has not started particularly well with collapsing hopes, poor oil output and boardroom maneuvers almost pushing the British oil firm into oblivion. In the peak of the storm, the company lost half its value on the stock market after bad fairing in Ghana and Guyana and a delay in the sale of the Ugandan stake. This led to global readjustment with the Kenyan operations announcing job cuts.

This is a situation well explained by Dorothy Thompson, Executive Chair, Tullow Oil plc.  “This has been an intense period for Tullow as we have worked hard on a thorough review of the business which has led to clear conclusions and decisive actions. We are focused on delivering reliable production, lowering our cost base and managing our portfolio to reduce our debt and strengthen our balance sheet. Even with recent events in oil markets, Tullow’s assets remain robust: we are a low-cost African oil producer, with a strong hedging position, substantial reserves that underpin our business and a high potential exploration portfolio.”

However, despite all the challenges, the oil explorer and miner is not throwing in the towel, especially on Project Kenya. In its 2019 final results, the oil company which is quoted on the London, Irish and Ghanaian stock exchanges noted that the Kenyan project was on course and has shown its viability backed by independent studies.

“The annual results show that there is enough oil in Kenya and the business fundamentals remain intact with recent independent reserves audits demonstrating that Kenya has a substantial underlying reserves and resources base in East Africa. Throughout 2019, over 95% of the Tullow’s reserves and resources have been independently audited, and the results underpin the quality of the asset base,” Tullow noted.

The Tullow Group working interest production averaged 86,800 boepd with a capital investment of $490 million. In the same period, Tullow Oil recorded a loss after tax of $1,694 million occasioned by exploration write-offs in its operations in Uganda.

Last year, a $900 million (£740m) deal, under which Tullow Oil was to sell a major stake in its Ugandan projects to Total and CNOOC, collapsed as a result of wrangling with the government. Under the Sale Purchase Agreement, Total planned to acquire 21.57% out of Tullow’s 33.33% interest in the Lake Albert licenses. CNOOC exercised its right to pre-empt 50% of the transaction. If the deal was successful, Total and CNOOC would have each increased their interest to 44.1% while Tullow would have kept 11.8%.

Tullow has now announced that it will focus its capital expenditure on activities that will see successful shipping out of oil from the Turkana oil fields to the market. These include submission of the Field Development Plan (FDP), securing Environmental and Social Impact Assessment (ESIA) licences for upstream and midstream, and pushing the Kenyan government to secure access rights to land and water, and project financing.

“Tullow Kenya is in the process of farming down some of its equity before FID. Reducing equity is a normal, portfolio management activity. Tullow does not plan to exit Kenya,” the company reiterated its position on the Kenyan oil prospects.

The company also noted that Front End Engineering Design (FEED) studies for the upstream and midstream parts of the project was finalised, while the tendering process for wells is now complete and upstream tendering for Engineering, Procurement and Construction (EPC) has commenced.

The company is however critical on the role the Kenyan government is playing in delaying the oil farming from the Turkana roads including poor roads, security and land rights.

” Progress has been slower on some workstreams such as access rights to land and water and the long-form commercial agreements to be entered with the Government of Kenya. This slow progress means that the target of reaching FID by year-end 2020 becomes more challenging.”

Coronavirus inspired global recession or is it depression for Africa?

Coronavirus and Tourism, the demise of the African Safari