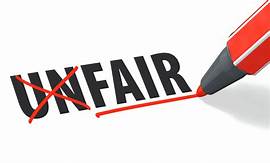 Fair trade is a fairy tale that belongs in a children’s fiction book. Just think—a fair playing ground is what every mom and pop shop has been crying for, for years. Yet every waking day, their tears fall on deaf ears, they seem to constantly draw the short end of the stick while the competition always gets the better deal.

To unravel this unfair ‘fair trade’ mystery, you have to first understand who or what the competition is. What makes the playing ground so uneven and how do you tip things in favour of small business?

Did you catch that? To even the field, you have to favour one side. Let us bring things into perspective here. Small businesses are being boxed out of businesses by multi-national corporations. These monstrosities of strategized mergers feed on one thing: takeovers.

Either they buy you out or you will, sooner than later, close shop, period.  And mark you, this is true across all industries.

From your once-favorite mama’s restaurant where the food tastes just like home vs. fast food chains that you now crave even though you have no idea what is really on the plate you so much savour, to uncle Joe’s grocery store around the corner vs. mega supermarket malls that you burn fuel to visit every weekend. From your trusted small construction company down the road vs. global mega construction giants with only abbreviations for a name, you name it. Every type of business is at threat of closure under the pressure of its multinational counterpart.

Their very term multinational explains the weight they carry and a peek into their accounts and you understand the financial muscle they wield. They can afford the insanely expensive mass media Ads and in all other aspects they are bound to beat you, out-bid you, out-price you, and in all honesty, outperform you and in no time, they buy you out.

By their very nature, multinational companies bring unfair competition; the playing field is tipped in their favour.

The real reason you go to the fast food chain is the speed of services—after all, it is called fast food. They bring to eating the conveyor belt of factories. You go to the mall because the prices beat those at your local grocery store (massive bulk buying does that) and you can be sure the construction tender will go to the conglomerate—well they have more equipment, manpower and funds.

Now big businesses are fighting fakes, counterfeits and black market racketeering.  They are being beat at their own game; the playing field is again uneven even for the multinationals.

Now Africa is taking action, establishment of new authorities to monitor competition and ensure an even playing field, there is increasing enforcement of suspected violators of prevailing competition laws at both domestic and regional levels.

“Africa’s regional competition regulators are also gaining momentum in the analysis of mergers and understanding of prohibited practices.” Reads a publication (An overview of Competition and Antitrust Regulation in Africa) by Lerisha Naidu and Angelo Tzarevski, Legal practitioners at Johannesburg  based Baker McKenzie.

Similarly, in May of the same year, another regional body, this time ECOWAS launched the ECOWAS Regional Competition Authority (ERCA).

A month later, the East African Competition Authority (EACA) came with its EACA Outreach and Advocacy Strategy (Strategy), also meant to facilitate and promote awareness of competition policies in the region. However, in East Africa, the uptake of competition regulation is still very law and so even though the EACA is out, it has no legal recognition and so it is not in any way enforced.

Then of course there is the African Competition Forum, a joint force of African competition agencies working to promote competition policy awareness on the continent.

While these developments are promising, Africa is yet to fully embrace the concept of fair play and competition rights. Until then, multinationals are having a field day on the continent at the expense of small businesses.

However, the efforts done so far are a step in the right direction and there is light at the end of the tunnel.  Even with the little regulations now in place, even in low uptake regions like East Africa, the existing national and regional competition laws and regulations  suffice to offer some form of protection so we do not completely lose the tasty food of our favourite Mama Restaurant’s cooking to some chemical based fast food joint.