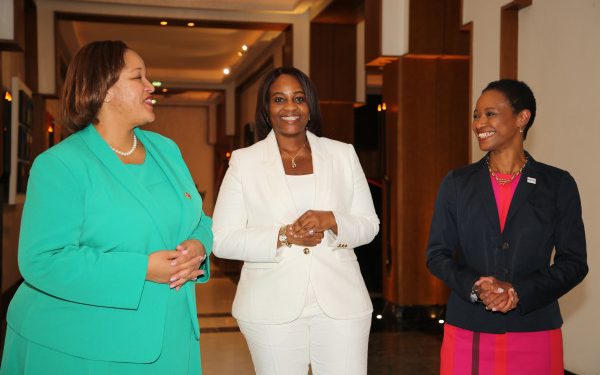 Importance to get women together discussing the opportunities found in the development of infrastructure and in gaining access to financing.

The United States Trade and Development Agency (USTDA) and the African Development Bank’s Africa Investment Roundtable (AIF) co-hosted a forum of 40 female leaders who are delivering high-quality infrastructure solutions to Africa. It was held in Marrakech, Morocco, during the United States-Africa Business Summit last week.

During the forum, USTDA and AIF demonstrated how the relationship between the two organisations helps improve women’s leadership in developing sustainable infrastructure in Africa.

Additionally, it also backed the U.S. government’s Prosper Africa effort to enhance commerce and investment between African states and the United States.

At the closed-door meeting, participants included:

Because of our relationship with the African Investment Fund (AIF), women’s entrepreneurship in Africa will be facilitated, and sustainable infrastructure will be developed to assist Africa’s long-term prosperity,” She added.

“What we’ve been talking about today is the challenges that come with investing and the solutions to those challenges. We also addressed how to develop collaborations across agencies, share transaction flows, and collaborate on the missing parts that will boost the investment in infrastructure on the continent. We intend to maintain this partnership as we move forward toward the Africa Investment Forum 2022 Market Days in Abidjan in November and the United States-Africa Leaders Summit in December,” said Chinelo Anohu, Senior Director of the American Investment Fund.

USTDA and AIF signed a memorandum of understanding (MOU) in November 2021 to support high-quality infrastructure solutions in Sub-Saharan Africa.

It capitalises on AIF’s ability to mobilise money and USTDA’s focus on ensuring deal bankability through grant-making feasibility assessments.

As the two organisations share their deal pipelines, the MOU has already resulted in a mutually advantageous relationship to achieve long-term infrastructure projects in Africa’s long-term growth.

This partnership with USTDA will help AIF advance several of its ongoing priorities, such as its “Women as Investment Champions” initiative, which was launched in 2019 and resulted in the establishment of a separate pillar in 2021 for transactions that are not only founded and led by women but also have a significant gender impact.

To give firms and investors market data, deal help, finance, and solutions to improve the business climate, Prosper Africa mobilises services from across the U.S. Government’s 17 partner agencies.

US Chamber, CCA partner to support Africa Business Forum ahead of summit

Kenya launches agency to safeguard ethical use of human cells, tissues and organs